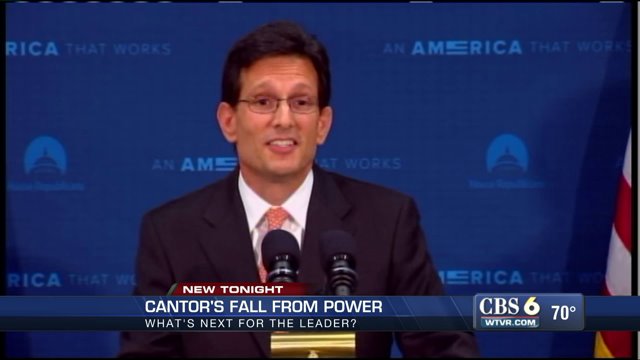 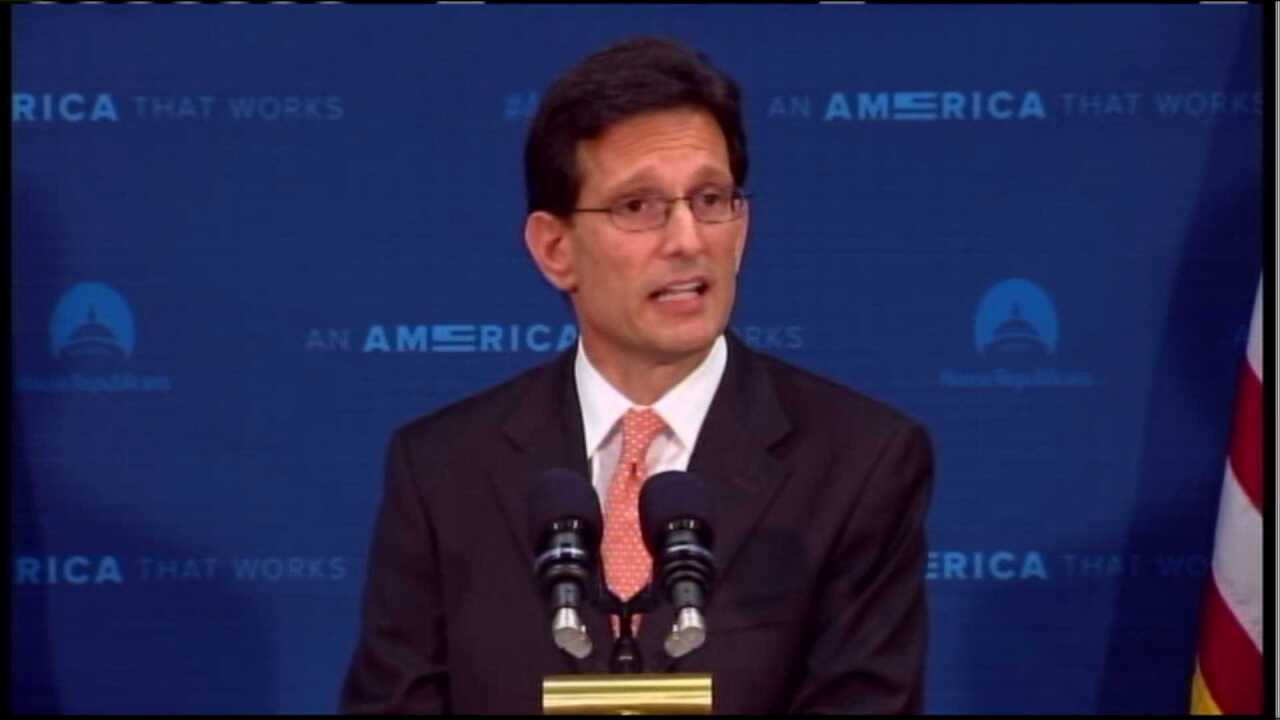 Rep. Eric Cantor will relinquish his leadership position as the No. 2 House Republican on July 31 after suffering a stunning loss in his primary race in Virginia.

“While I intend to serve out my term… effective July 31, I will be stepping down as majority leader," Cantor said. "It is with great humility that I do so knowing the tremendous honor it has been to hold this position.”

Cantor resigns majority post: "I may have suffered a personal setback last night, but I couldn't be more optimistic" @CBS6

Cantor, the No. 2 Republican in the House, lost his primary to a college professor and political neophyte. Cantor, House Majority Leader, was running for an eighth term in Virginia’s 7th Congressional District, against Tea-Party backed economics professor David Brat.

In a year when mainstream Republicans have mostly bested tea party-backed challengers, a little-known and little-funded tea party challenger in Virginia’s 7th Congressional District pulled the upset of the year, defeating Cantor by 10 percentage points.

The victory by economics professor Dave Brat gives the tea party an instant jolt of energy, sends shock waves through Capitol Hill, shakes up the GOP House hierarchy — as Cantor was seen by many as the next Speaker — and effectively kills any chance of immigration reform passing through the House any time soon.

Cantor has only faced a primary opponent twice before, and he was a favorite among Tea Partiers in 2010. Cantor conceded the race with 97% of precincts reporting from the Richmond-area district. Cantor trailed David Brat 55% to 44%, according to the State Board of Election’s website. Turnout was low.

Brat’s victory came as a surprise for many reasons. One is that a candidate hasn’t beaten a majority leader in a century — since 1899.  Also, Cantor raised  five million more than Brat. Election data shows that Brat raised $206,663, compared to Cantor’s $5,447,290.

“Richmond, Virginia is a special place that I’ve called home for all my life,” Eric Cantor said Wednesday. “I encourage everyone to visit soon.”

Depend on CBS 6 News and WTVR.com for complete coverage of this developing story.  CNN contributed to this report.