Brick wall tumbles down onto vehicle during storm 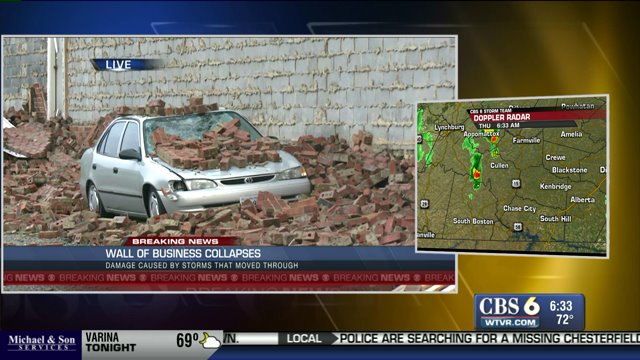 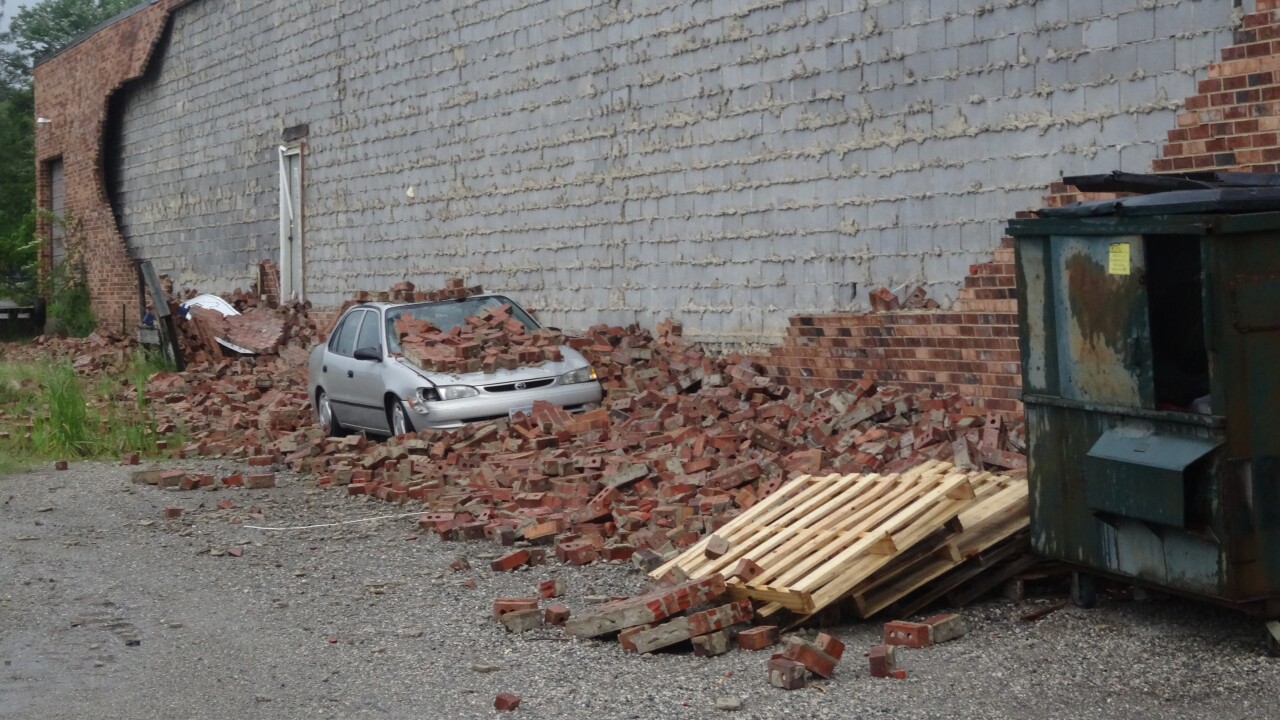 HENRICO COUNTY, Va. – Henrico County Fire units responded to 2208 Pearl Road around 6 p.m. Wednesday for a warehouse damaged in the storm. The brick veneer from a large warehouse building had peeled away and fallen to the ground.

Three workers were in the Traders Market Place at the time of the incident, preparing to leave for the evening, said Captain Daniel Rosenbaum. One worker told officials that if it had been a few minutes later, he would have been standing beside his car -- which was covered in bricks.

No injuries were reported from the incident.

The workers inside the building reported hearing a loud bang, which they thought was lightning hitting the building, just before they heard the wall come down. The Henrico Building inspector also responded to the scene and determined that a lack of sufficient brick ties to the block wall contributed to the collapse.

The building will remain open during repairs, Rosenbaum said.