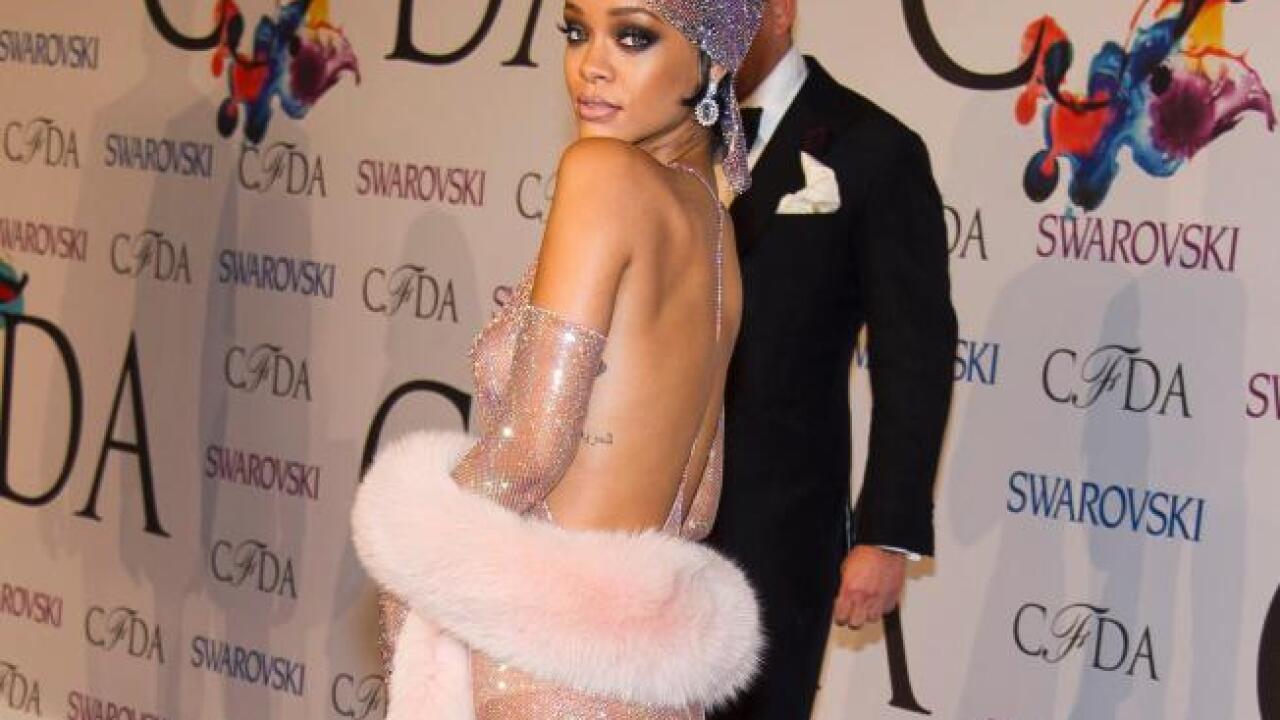 (CNN) — Rihanna’s presence at Monday’s CFDA Fashion Awards nearly eclipsed the ceremony itself, and she did it while wearing almost nothing at all.

The 26-year-old singer arrived at the stylish event, held by the Council of Fashion Designers of America, in a floor-length sparkling gown that recalled the era of Josephine Baker.

Custom-made by designer Adam Selman, the mostly backless number shone from 216,000 Swarovski crystals and was accented with a baby pink feather boa, gloves and a glittering turban.

But it wasn’t just Rihanna’s effortless 1920s glamour that turned heads. As Selman described to Style.com, “the dress is just fishnet and crystals and a couple of fingers crossed.” That left everything that wasn’t covered by a flesh-colored thong on full display.

“It’s so naked,” Rihanna’s stylist, Mel Ottenberg, added to Style.com. “I don’t know if it’s shocking — I’m with her all the time, so my shock gauge is off — but I told her that I thought she was ready for this dress a while ago, and that I wasn’t. I’m the prude, and I’m just catching up.”

Ottenberg may still be getting used to the revealing look, but some observers — like fashion magazine Vogue — have heartily approved.

“Rihanna has become the rare celebrity who does not follow fashion — she affects it,” the magazine tweeted on Monday. Vogue Editor-in-Chief Anna Wintour was at the ceremony to present Rihanna with the CFDA’s 2014 Fashion Icon award.

“Fashion should never be frustrating,” Rihanna said during her acceptance speech. “It should be fun.”