Why you should never let your dog drive your car 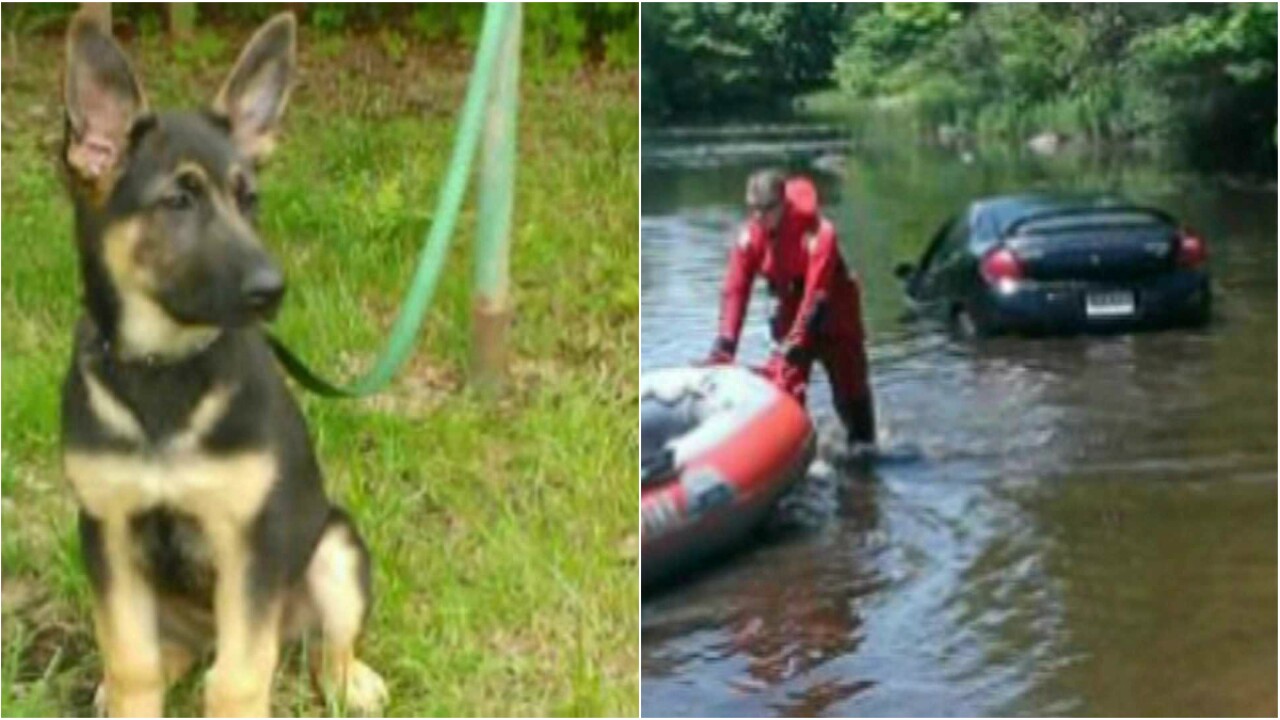 CANTON, Mass. - A Massachusetts man has blamed his German Sheppard puppy Rosie for driving his car into a pond near their home. John Costello said the incident started when he went outside with Rosie to move his daughter's car. Rosie, while on her retractable leash, jumped into the vehicle.

"[She moved] the gear shift into drive and when the car jerked she landed on the gas pedal and we all got tangled up," Costello said. "She got scared and she jumped in back seat and at that time the car rolled a little more."

While John jumped out of the car to safety, the car kept rolling down the hill and into the pond behind their home.

The car door shut and trapped Rosie inside.

"I jumped in through the window and I grabbed her by the neck and pulled her out and we both fell back into the water," Costello said. "Next time I got to be more careful of how she jumps around in the car."

The Costello's Dodge Neon is considered a total loss.