HOLMBERG: Another slaying in Richmond in plain view of children 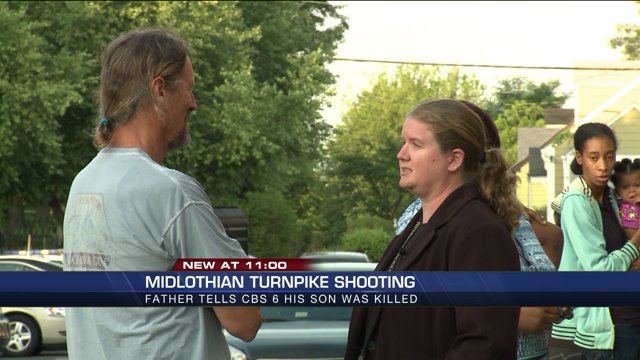 But they still want tips from the publice. 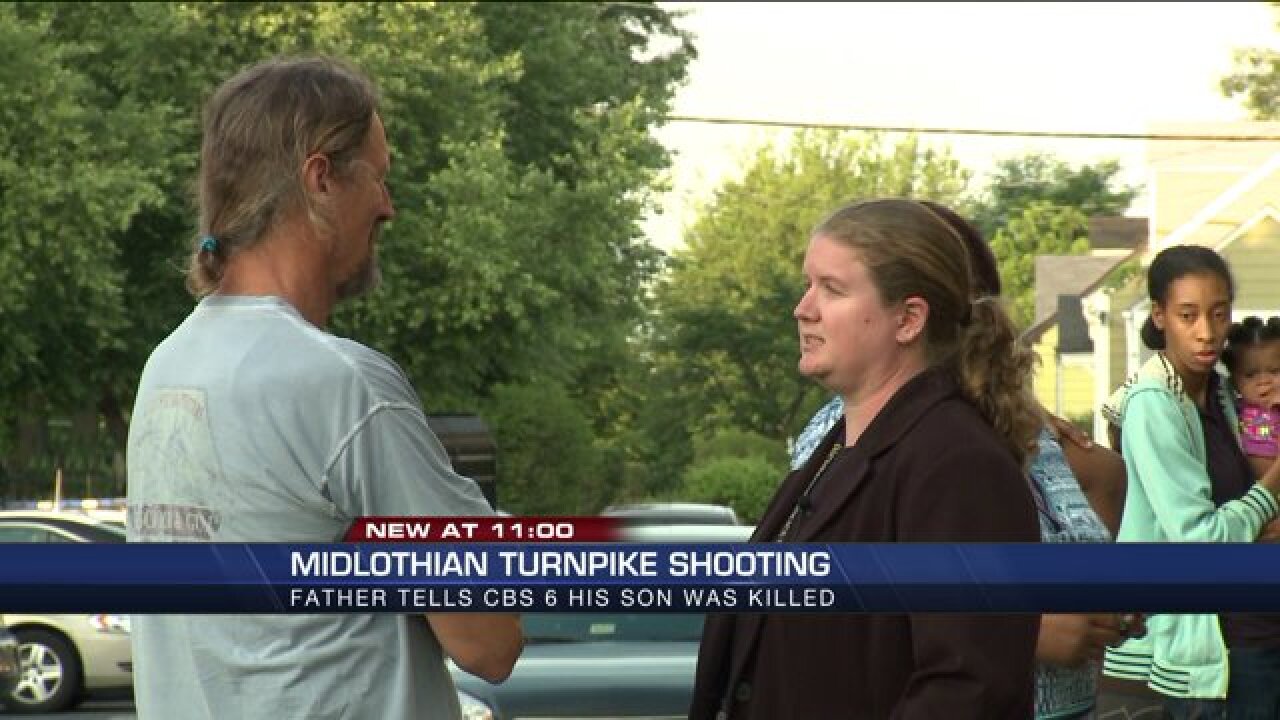 That shooting happened shortly before 6:30 p.m. in the Midlothian Village apartments in the 4000 block of Midlothian Turnpike.

A Richmond Police Department spokeswoman said officers got on the scene within  a minute of the shooting call.

One neighbor said she heard three or four gunshots. Dozens of neighbors, many of them children, gathered under the bright, sunny, evening skies as investigators worked the scene. The victim was lying on his side where many could  clearly see him.

Family members identified the victim as Develle Thomas, age 21, the father of a baby girl who came to the scene in the arms of a relative.

The victim’s father was among those who could see him. “That’s my son,’ he sobbed.

An aunt asked aloud why police didn’t cover the body with a sheet. Within 20 or so minutes of the shooting, police had pushed the crowd back far enough to prevent most from seeing the victim.

Develle Thomas’ mother came to the scene, still recovering from recent colon cancer surgery a month ago. Now this.

The aunt and the father said Develle Thomas had grown up in the neighborhood, nearer downtown on Roanoke Street. They talked about how much they loved him, and how worried they had been that something like this would happen.

Court records show Thomas had a lengthy history of arrests for trespassing and other charges in this very same South Richmond apartment complex.

This shooting came less than a full day after a 23-month-old girl was critically shot in an  apartment on Harwood Street in the Hillside Court housing project.

Police aren’t saying much about the incident, other than the shot was fired inside the apartment and they believe other adults were there when it occurred, but weren’t there when police and rescuers arrived.

The baby has since stabilized. No one answered the door of that apartment when CBS 6 went there several times Monday.

That nearly fatal shooting came about three weeks after the broad-daylight,  Mother’s Day gunfight in Whitcomb Court that left a 5-year-old boy shot in the crossfire. And that incident was just  days after 8-year-old Marty Cobb was murdered, allegedly by a teen with mental problems.

Earlier in the year, a 7-year-old was hit by a bullet during a shootout on Fulton Hill.

And the number of children hit by gunfire in the city could’ve easily been much higher. Two weeks ago, when two teens were shot by an angry adult on the park and playground across from Blackwell Elementary School in South Richmond, several young children were right there on the playground. The children and an adult  working with them had to run for it.

This morning (Tuesday) Mayor Dwight Jones and Richmond Police Chief Ray Tarasovic will address this wave of violence that has a had such an impact on the children of the city.