Mother fired up after Kindergartner gets severe sunburn at school 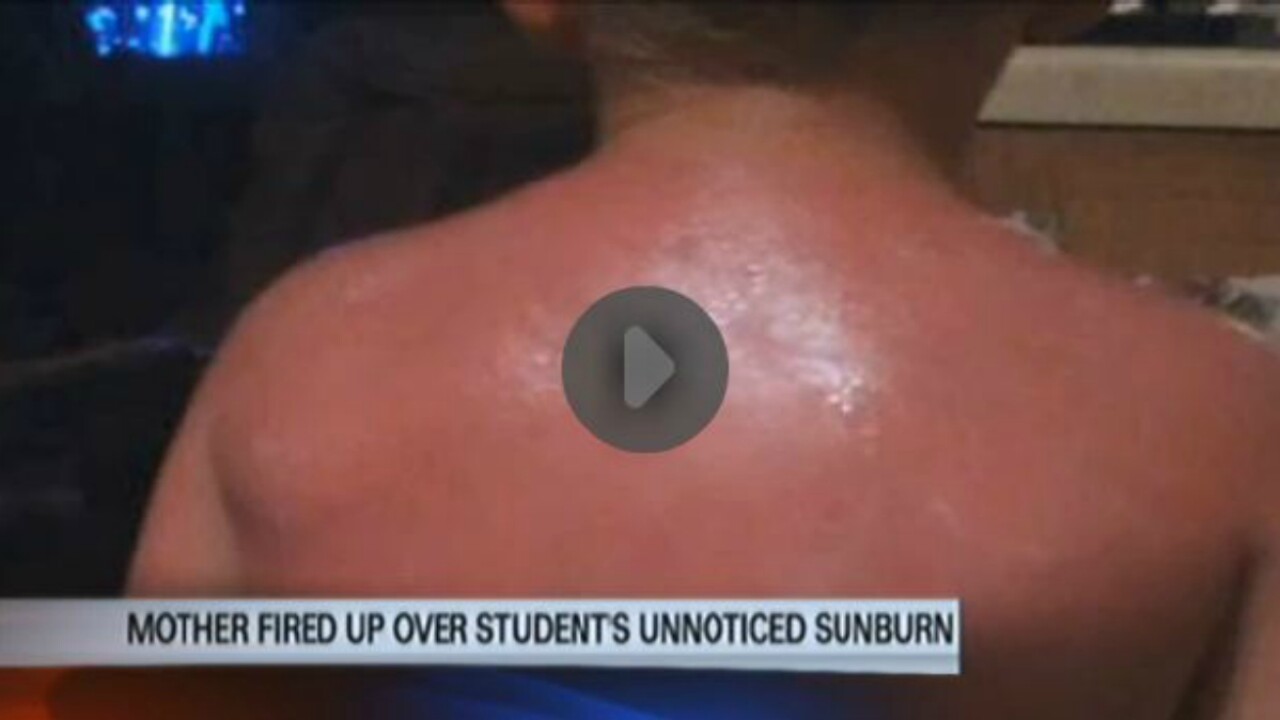 EVADALE, Texas – An Evadale Elementary student missed his Kindergarten graduation because a sunburn hurt too much for him to put on a shirt, much less a robe. Hunter Smith’s mother said her son got the severe sunburn while attending Water Day at school Tuesday.

“I was outraged. I really was. I took him in and immediately put him in cold water and put medicine on him. Everything I could because he had goosebumps, he was shivering,” Jamie Conner said.

She said parents were also asked not to pack swimsuits because the students would have to follow dress code. She said this is why she does not understand why boys were allowed to take their shirts off.

“I never thought I would send my kid to school for Water Day and he would come home fried. Especially when I sent sunscreen with him and it never got touched,” Conner said.

Evadale Independent School District Superintendent Gary Fairchild said there is an ongoing investigation into how the oversight occurred.

A district spokesperson said it is taking steps to make sure another student is not burned in the future.