Teen surprised at graduation by man who saved her 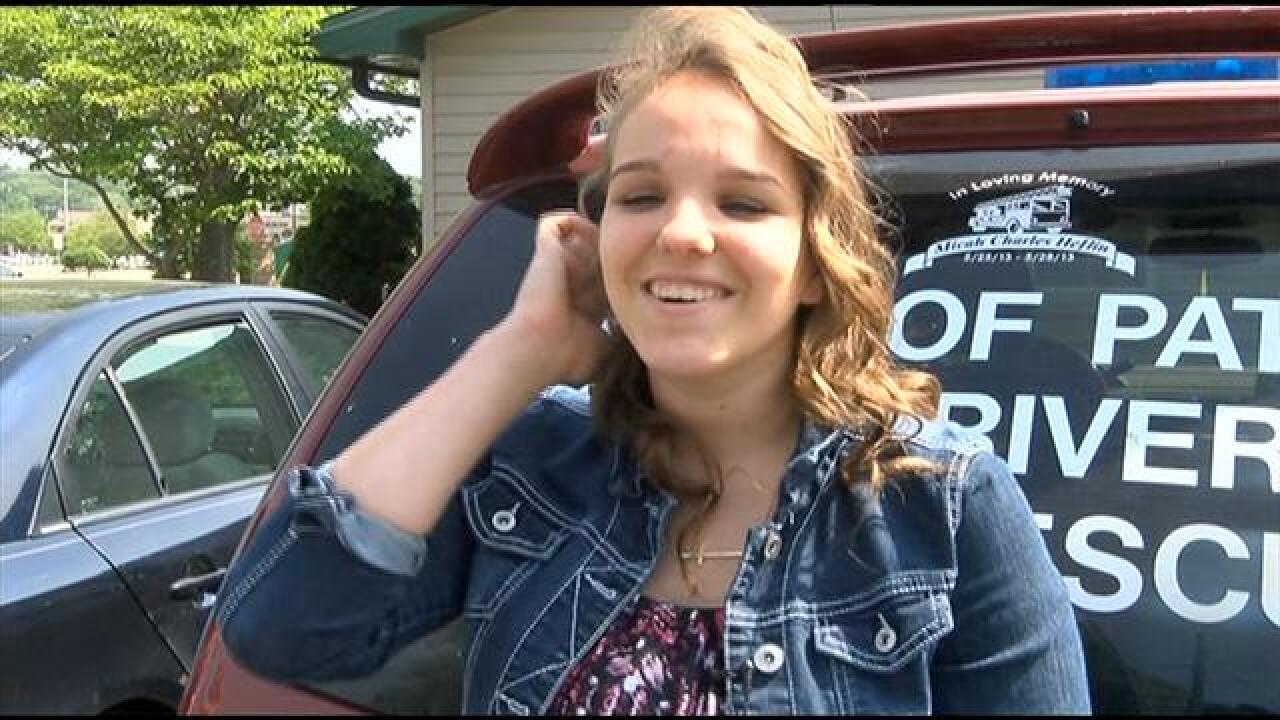 (CNN) — An off-duty firefighter who found an abandoned newborn in a Champaign, Illinois, cemetery in 1995 was finally reunited with the now-teenager at her high school graduation nearly two decades later.

On that cold November morning in 1995, an anonymous woman told 911 dispatchers that a newborn was abandoned under a pine tree at a local cemetery. Rescuers searched the area, but didn’t find any sign of the baby.

The little girl, who was fighting for her life — alone — in sub-zero temperatures, most likely wouldn’t have survived that night if it weren’t for Charlie Heflin, who heard the call come out on the police scanner and decided to help.

Heflin, following a hunch, went to a different, nearby cemetery. He didn’t find anything initially and started to walk back to his car, but decided to search again. It was at that moment when he heard the whimpers of a baby hidden inside the pine tree.

Heflin told CNN affiliate WFIE that he picked up the infant, who was covered in leaves and blood with her umbilical cord still attached.

“I handed her off to the paramedics and I haven’t seen her since,” Heflin said.

That baby was later named Skyler James by her adoptive parents, Bonnie and Greg, who recently tracked Heflin down on Facebook.

“We had his name from the newspaper,” Bonnie James told WFIE. “Social media wasn’t what it is today back then.”

Bonnie James called the fire department where Heflin now works and was able to get in touch with him over the phone.

“The call was, ‘Are you Charlie Heflin? Do you remember rescuing a baby back in 1995,’ ” Heflin said.

James’ parents invited Heflin to graduation, keeping it a secret from their daughter. James and Heflin met later at a party for the first time since that fateful day back in 1995.

“I was totally shocked. It’s something that I’ve dreamed of since I was a little kid, and it’s amazing,” James said.

“There were quite a few tears, both on the phone and the day we met,” Heflin said.

Heflin gave James several gifts, including newspaper clippings detailing the rescue, pictures from graduation and the jacket he was wearing on the night he found her.

James told WFIE she plans to attend Concordia University, where she wants to major in communications.