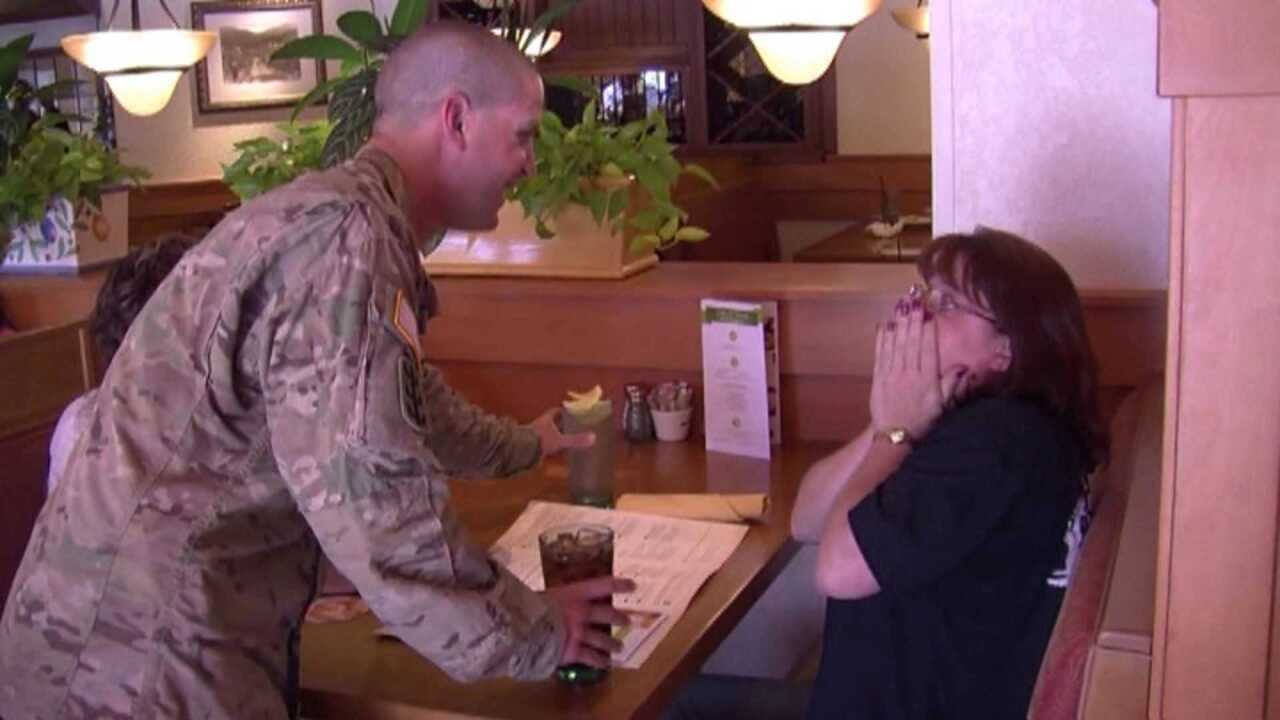 Brian Gardner hides out in the Olive Garden kitchen.

SCROLL DOWN TO WATCH THE SOLDIER SURPRISE HIS MOM.

COLUMBIA, Missouri (CNN/KMIZ) – A Missouri woman got more than she ordered when she went out to dinner this week.

Tammy Coats got the surprise of her life when her soldier son showed up after nine months in Afghanistan.

Brian Gardner had been planning to surprise his mom for more than two months. He found out he was coming back home in March, but kept it a secret.

Look at the expression on mom’s face!

It was a close call at first — his mom almost saw him when she walked in. Brian hid out in Olive Garden’s kitchen waiting to surprise her.

He pretended to be a waiter, bringing ordered drinks to the table.

“Oh… Oh my God!” she screamed as other diners in the restaurant cheered and applauded.

Brian lifts his mom off her feet and gives her a big hug.

“I believe him. My other son, and my mom, everybody else knew but me. I had absolutely no idea he was going to be here today,” Coats said.

It wasn’t just his family that was excited to see him, strangers came over to give their well wishes and thank him, too. Then there was the happy reunion with the family dog.

Watch the video to see the family dog’s reaction to Brian’s homecoming.

Tammy’s husband, Brian’s stepdad, is also currently serving in Afghanistan. The family says he should be back in January of 2015. Both he and Brian are engineers for the Army.

Than you for your service, Brian!