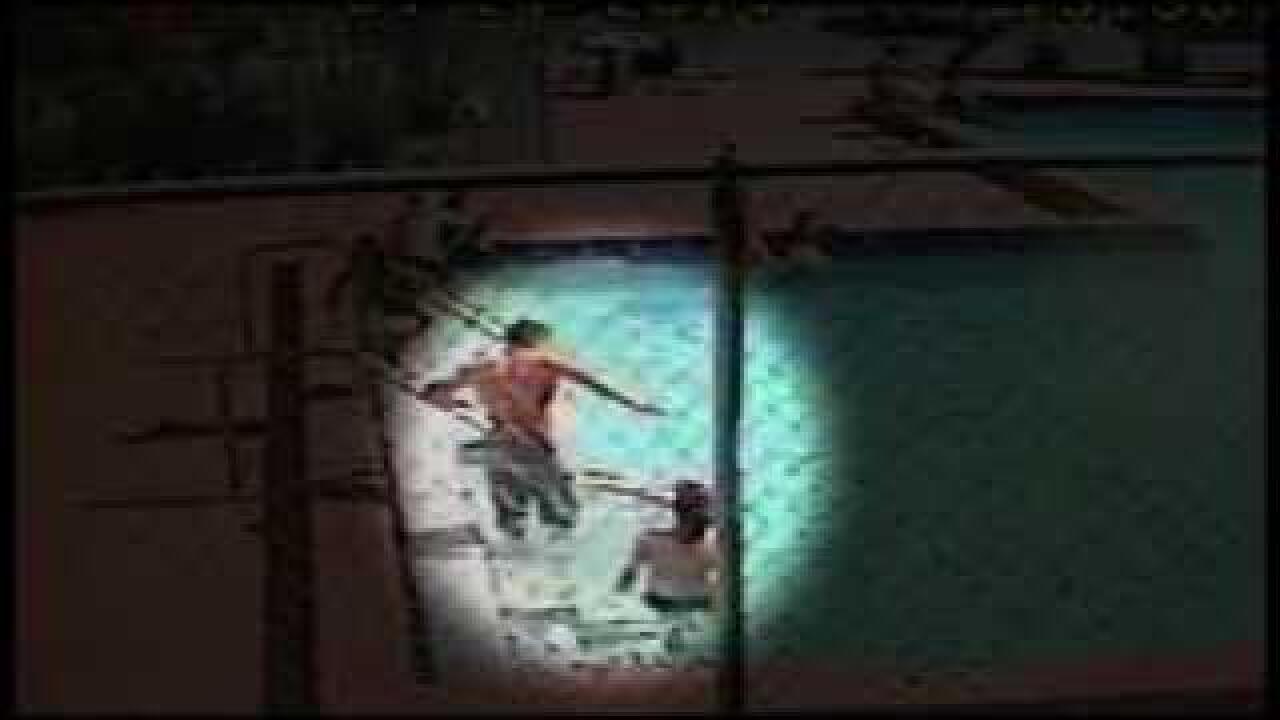 The video showed one girl freeze after she touched the hand rail and felt the jolt.

A man gets shocked as he quickly moved to pull the child out of the water.

As people run for safety, another child appears to be paralyzed by the electrical current.

The video shows the child's grandfather coming to her rescue. He too was shocked pulling the child out of the water.

A preliminary investigation found unconnected ground wires near the pool's pump house may be to blame. The pool passed various inspections last year.

The children survived the incident.