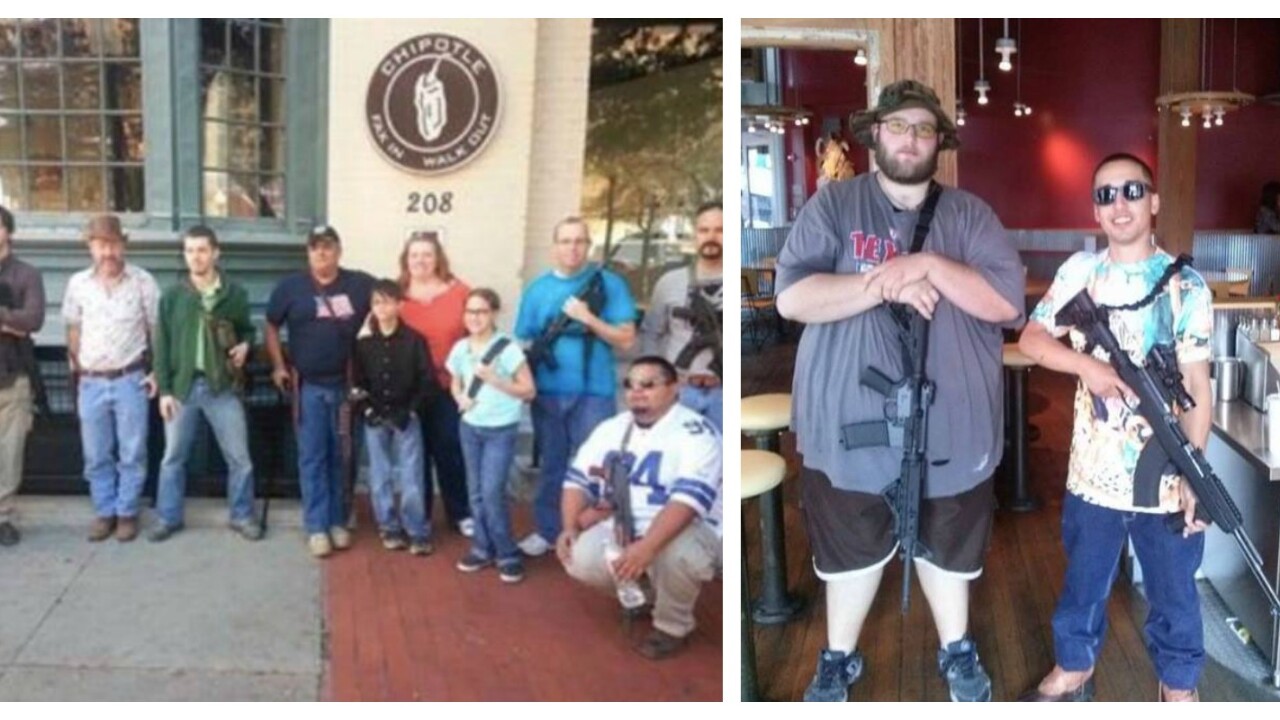 NEW YORK (CNNMoney) — Bring your appetite… but not your guns.

That’s the message from Chipotle after a social media campaign after gun rights activists openly displayed their assault rifles inside one of its restaurants in Dallas this past weekend.

“Recently, participants from an “open carry” demonstration in Texas brought guns (including military-style assault rifles) into one of our restaurants, causing many of our customers anxiety and discomfort,” said Chipotle’s Chris Arnold in statement. “We are respectfully asking that customers not bring guns into our restaurants, unless they are authorized law enforcement personnel.”

The group, which was formed after the mass shooting of children in Sandy Hook, posted a photograph on its Twitter account of two guys carrying guns inside a Chipotle restaurant. The Twitter handle @MomsDemand asked customers to tell Chipotle that such images are not “acceptable,” and that “we won’t feed our kids next to armed gunmen.”

Chipotle response came within 24 hours of the campaign.

On Tuesday, the group tweeted: WE WON! @ChipotleTweets says #BurritosNotBullets No more guns in stores.

Last year, Starbucks also told customers they shouldn’t bring guns into its stores. The company said the debate about whether people should openly carry guns had become increasingly uncivil and that the chain did not want its stores to be used as a political stage.