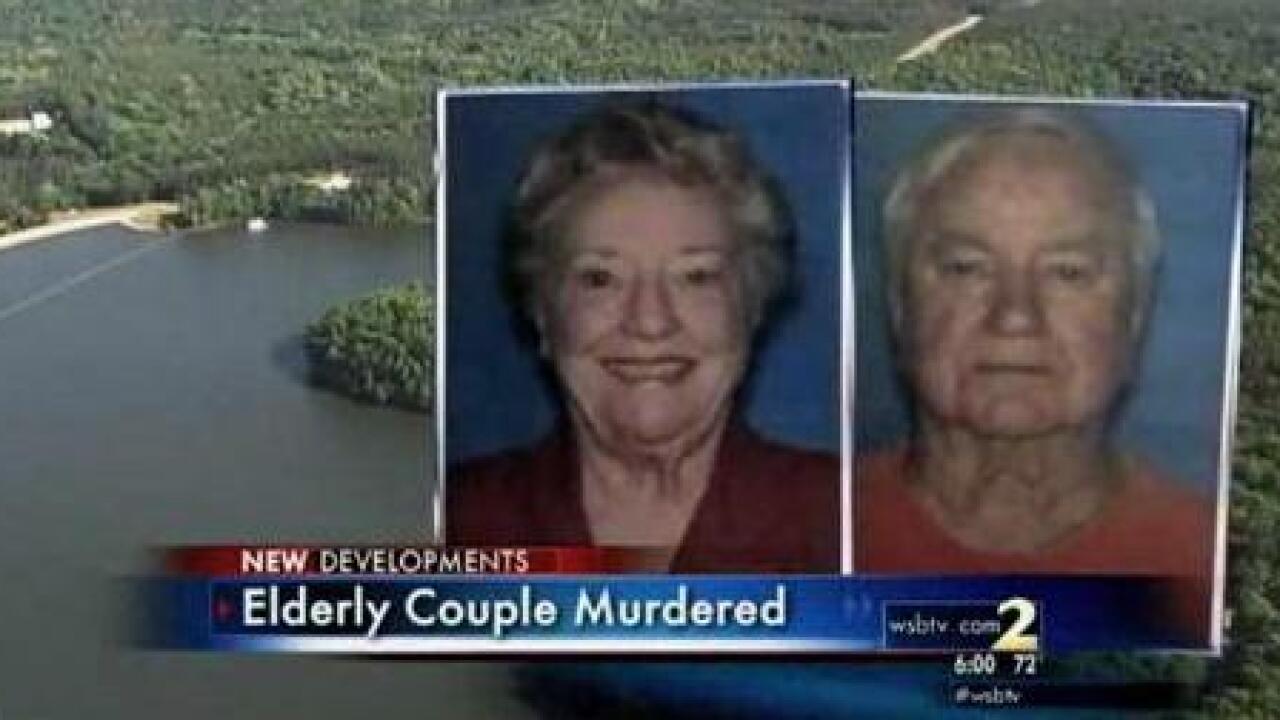 ATLANTA (CNN) — An 87-year-old Georgia woman, who was found dead in Lake Oconee 10 days after the discovery of her husband’s headless body, appears to have been killed before being dumped in the lake. It’s the latest twist in a grisly case that has baffled authorities.

Shirley Dermond did not drown but rather died from a “blunt impact injury to the head,” Putnam County Coroner Gary McElhenney said Saturday.

The coroner’s finding came a day after authorities pulled Dermond’s body from the lake about 80 miles east of Atlanta.

McElhenney did not offer any further details about what might have been used to kill her before she was placed in the water or whether she suffered any additional trauma.

The decapitated body of her husband, 88-year-old Russell Dermond, was discovered May 6 in the garage of the couple’s million-dollar waterfront home after friends went to check on them.

From the beginning, investigators treated Dermond’s disappearance as an abduction. Her purse, cell phone and car were all still at home.

Authorities believe she was taken from her home after her husband was killed, sometime between May 2 and May 4.

Investigators continue to search for Russell Dermond’s head, and they plan to look in the area where Shirley Dermond’s body was found, Putnam County Sheriff Howard Sills has said.

Authorities were alerted by two fishermen who spotted what they believed to be a body in the lake, five or six miles from the couple’s home.

The discovery adds an element to the investigation — the possibility that a boat was a mode of transportation in the killing, Sills said.

“This jumps us about two jumps up on the checkerboard, shall we say,” he said.

Dermond’s family is in shock with the news of the discovery of her body, said the Rev. David Key of Lake Oconee Community Church.

“We haven’t even had a funeral for Russell because their kids wanted to wait. Now that we know about Shirley, we will start planning the funeral services for both.”

From the beginning, investigators treated Dermond’s disappearance as an abduction. Her purse, cell phone and car were all at the couple’s million-dollar waterfront home on Lake Oconee where her husband’s headless body was found.

Investigators believe she was taken from her home after her husband, 88-year-old Russell Dermond, was decapitated sometime between May 2 and May 4.

Investigators continue to search for his head, and they plan to look in the same area of the lake where Dermond’s body was found, Sill said.

“Obviously, the head of Mr. Dermond will be quiet difficult to locate.”

Russell Dermond’s body was discovered in the couple’s garage after friends, who hadn’t heard from the couple in days, went to their home.

The FBI put up more than 100 billboards in its search for the missing woman, and it offered a reward of up to $20,000 for information to her location or the arrest of the person responsible for her disappearance.

In the days after Dermond’s disappearance, authorities searched Lake Oconee in the vicinity of the couple’s home — turning up only a lawn chair and a Christmas tree — and sent cadaver dogs into the nearby woods, to no avail. Authorities have also spoken to neighbors, family and friends.

So far, the investigation has turned up little to shed light on the crimes. Investigators aren’t aware of any enemies the couple had made, or any reason someone would target them, Sills said.