UPDATE: Chesterfield homeschooler ‘kicked out of prom over provocative dance’ 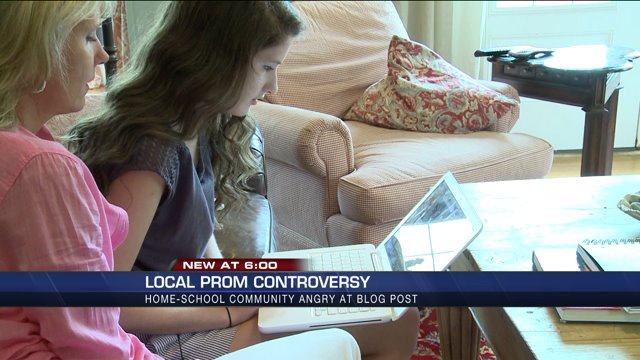 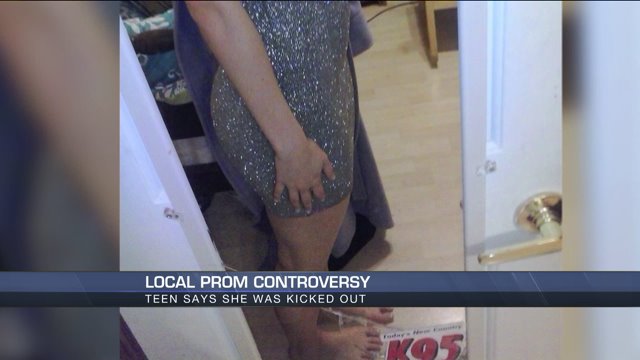 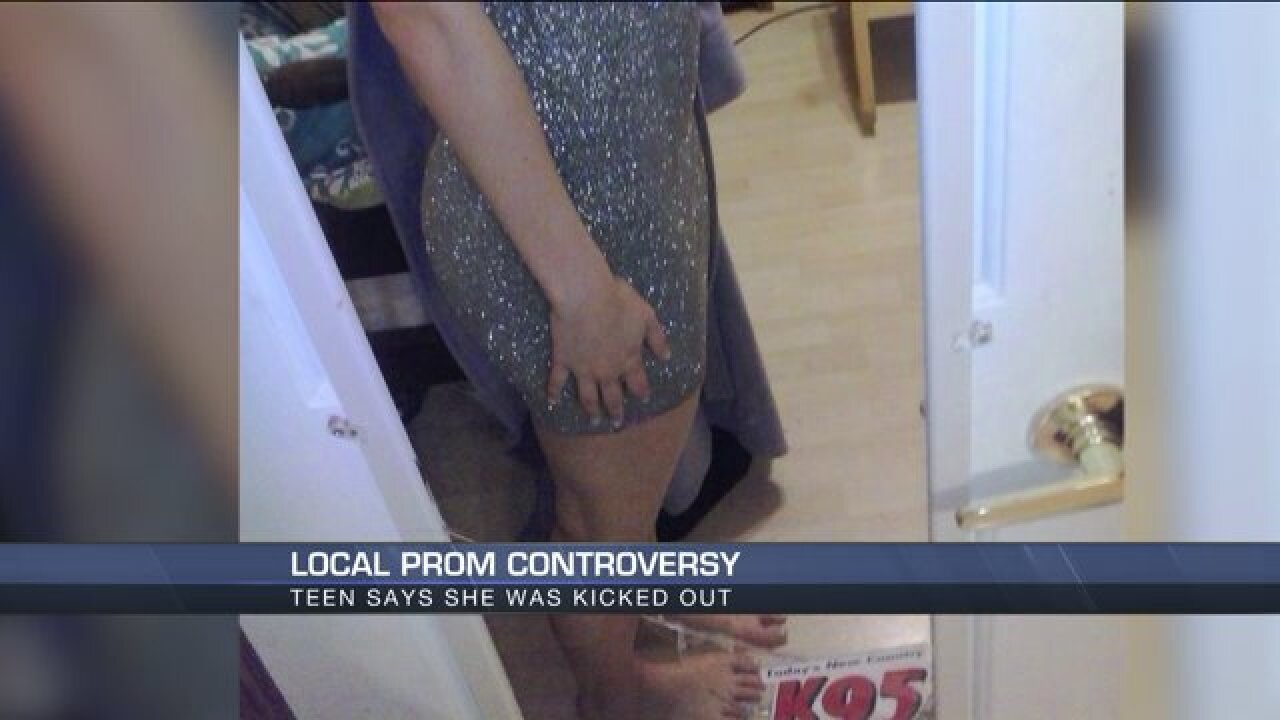 CHESTERFIELD COUNTY, Va. (WTVR) -- A Chesterfield teen won't be left with the best memories of her senior prom, after she says she was kicked-out because chaperones at the church thought her dress was too short and her dancing too provocative.

CBS 6 spoke with the teen, who said she decided to write about her experience in a blog entry posted online on Mother's Day, because she wanted to share something bigger than just getting kicked out of prom -- she wanted to make a stand for women and their right to be beautiful without being objectified.

Saturday, May 10, Clare attended a Richmond prom event for homeschoolers, with her boyfriend and four friends, that was held at a church in Mechanicsville. CBS 6 reached out to organizers of the prom, and to the church, but have not received a reply.

CBS 6 was able to interview a student who was at the event, and her parent, who said this story “has frustrated the homeschool community." That interview is lower down in the story.

In her post Clare recalls the excitement that led up to the event; shopping for a dress, finding the perfect shoes to go along with it.

And then it was the big night; the prom theme was "Twilight in Paris."

"I’m all dolled up, channeling my inner Marilyn Monroe with my blonde hair and bright red lipstick," writes Clare.

She says the only dress code listed on the registration form was that the formal dress pass the fingertip test -- the dress hem can't be above your fingertips when they are relaxed all the way at your side.

The photo shows that she passed the fingertip test, yet she says she almost as soon as she arrived was approached by a prom organizer who told her  “honey, that dress is too short.”

Clare says that at 5'9" everything looks shorter than it would on anyone else, but she complied with the organizer who Clare says wanted her to keep pulling down the dress.

Clare's boyfriend James Thompson described the dance as pretty awkward, and heavily chaperoned in comparison to previous years.  He said that a lot of people were standing around talking in the center of the dance floor, as chaperones, including fathers, watched from above.

The both say nobody was really even dancing.

Clare and James on their way to prom

Clare's blog post maintains that the same organizer, referred to in the post as "Mrs. D." gestured her off the dance floor, into a corner with another woman.

It was there that Mrs. D told her some of the dads who were chaperoning had complained "her dancing was too provocative" and that it was going to "cause the young men at the prom to think impure thoughts."

Homeschool mother Julie Hobbs, whose daughter was at the dance said that homeschoolers are upset with quotes calling them perverts in media around the world.

“All parents and students were given rules -- the polices were well known just as they are in the public schools,” Julie Hobbs.

“I think both parties could of acted a little bit differently obviously but the way that it went down it was fine because people need to follow the rules,” Callie Hobbs, Julie’s daughter who went to the dance. She says she saw Clare “grinding.”

Clare and James visit CBS 6 for an interview.

"It's sexism...they're saying you're making us feel a certain things so you have to do what we tell you to do and that's not right," said James.

James and Clare said that after she was kicked out, tempers flared from the group.

They were upset that the rest of the group -- who Clare says left when she left because they all rode together -- couldn't get $25 ticket refunds, and  they were all upset that Clare was getting kicked out.

She writes about their reaction:

"When we walked out of the prom, frustrated and angry and feeling very disrespected and violated, some of the people in my group shouted profanities at the security guards, and I personally flipped them off. I putting this part in the story because I want everyone who reads this to know that we shouldn’t have reacted so immaturely to their unfair and disrespectful actions, and we’re all adult enough to admit that.

But what I want to know is if the people involved in this situation at the Richmond Homeschool Prom are adult enough to own up to their wrong actions as well. And refund my group as they verbally promised to do, and issue an apology for kicking me out of my senior prom because their husbands felt as though my body was something they had a right to control."

She ended the post by saying: "I'm not responsible for some perverted 45-year-old dad lusting after me because I have a sparkly dress on and if you think I am, then maybe you're part of the problem."

The post was made on the website Wine & Marble, by Hannah Ettinger, who is Clare's sister. The full post can be read here, but just want to warn you there is some graphic language.