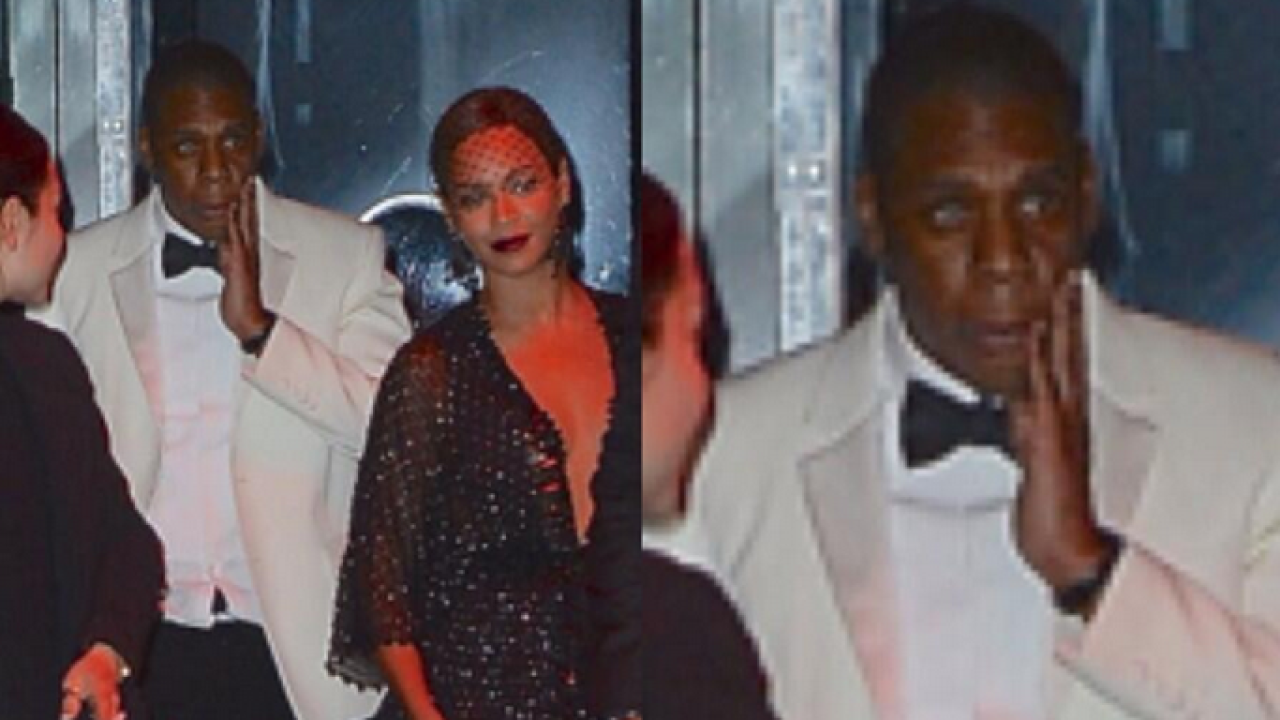 (CNN) — A video that TMZ alleges is of Beyonce’s younger sister having an altercation with the superstar’s husband, Jay Z, has surfaced online.

In what the site says is surveillance video from an elevator taken the night of the recent Met Gala in New York, a woman who resembles Solange Knowles enters just before a man who appears to be the rapper Jay Z. Words seem to be exchanged, then the woman lunges at and begins striking him before another, unidentified man grabs and holds her.

A woman who resembles Beyonce calmly stands in the corner of the elevator during most of the altercation.

It is not yet known what caused the fight.

CNN has reached out to reps for Solange, Jay Z and Beyonce. Solange’s rep is not offering comment at this moment.

The high-profile couple recently announced their “On the Run” tour, which is scheduled to take them to 16 cities this summer. One fan tweeted, “They better make it to Baltimore first lol” (Baltimore is one of the cities slated for the tour), while another retweeted that and added, “Yo ain’t trying miss the show over no damn solange.”

Some found humor in the unverified video, mocking Solange Knowles, who is also a singer. One tweeted, “Jay Z must have shown Solange her album sales on a line graph.”

TMZ reports that Beyonce left following the alleged incident with her sister while Jay Z took another car.