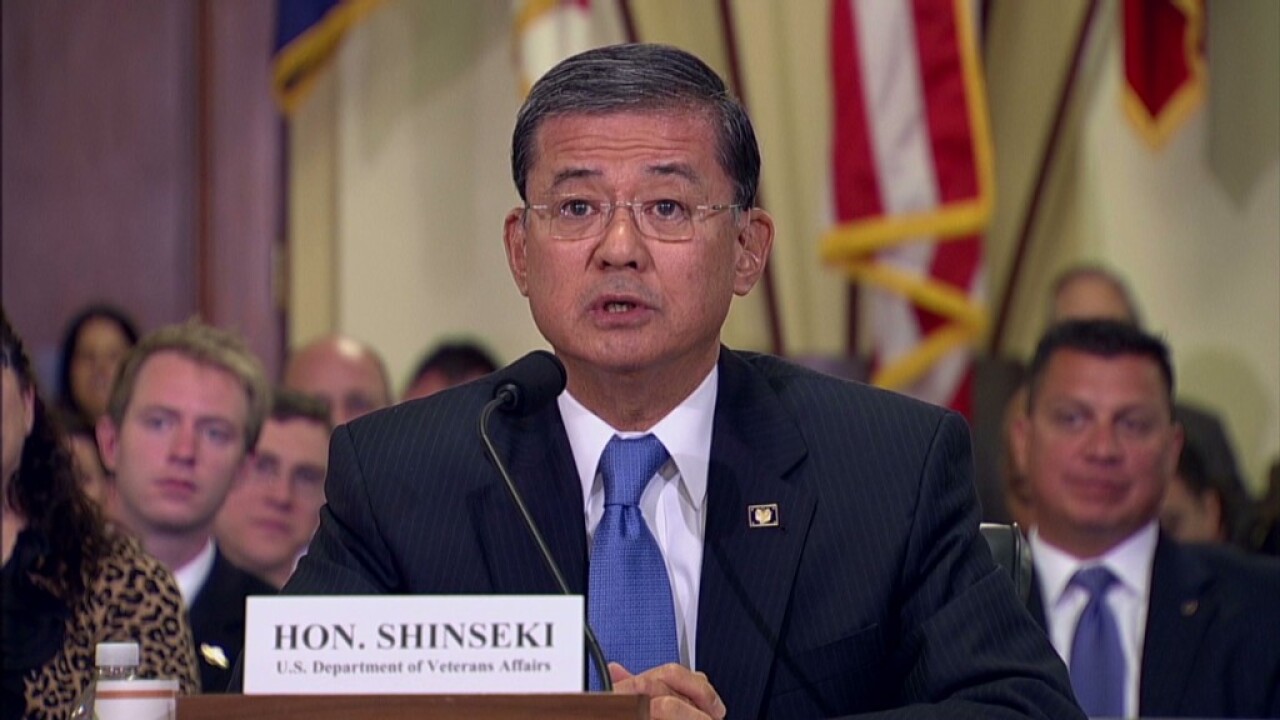 Earlier in the day, the House Veterans Affairs Committee voted to subpoena Shinseki in the wake of accusations that his department is responsible for deadly delays in health care at some of its hospitals.

The Shinseki subpoena will cover e-mails that allegedly discussed the destruction of a secret list, first reported by CNN, of veterans waiting for care at a Phoenix VA hospital.

The House panel agreed to issue the subpoena in a verbal vote Thursday morning. Shinseki will testify May 15 before the Senate Committee on Veterans’ Affairs, CNN also learned.

Attention on the secretary follows months of CNN exclusive reporting about U.S. veterans who have died while they waited for treatment at VA hospitals across the country.

CNN has submitted numerous requests for an interview with Shinseki; the secretary has refused them all.

On May 1, Shinseki issued a written statement announcing that the director of the Phoenix Veterans Affairs Health Care system and two others have been placed on administrative leave amid claims of a secret waiting list and allegations that 40-plus veterans died waiting for care.

“We believe it is important to allow an independent, objective review to proceed,” Shinseki wrote. “These allegations, if true, are absolutely unacceptable and if the Inspector General’s investigation substantiates these claims, swift and appropriate action will be taken.”

Shinseki told the Wall Street Journal on Tuesday that he would not resign over the allegations.

“I serve at the pleasure of the president,” Shinseki told the newspaper when asked whether he would step down. “I signed on to make some changes. I have work to do.”

The plans to conduct an audit come after Democratic Rep. Ann Kirkpatrick of Arizona wrote to Shinseki, urging a nationwide audit of the scheduling system currently used at VA medical facilities. A news release from Kirkpatrick said the letter was being circulated among her House colleagues.

At a White House daily briefing Tuesday, press secretary Jay Carney said that President Obama takes seriously the allegations that veterans died waiting for care at the Phoenix VA hospital, Carney said. He repeated that the VA’s inspector general is conducting an independent investigation into the allegations.

On Tuesday, Shinseki said on NPR that he was determined to find out whether the allegations are true.

“Allegations like this get my attention,” Shinseki said. “I take it seriously, and my habit is to get to the bottom of it.

“If allegations are substantiated, we’ll take swift and appropriate action.”

On Monday, the American Legion, the nation’s largest veteran organization, and another veterans group, Concerned Veterans for America, called for Shinseki’s resignation.

The national commander of the American Legion said the group’s call for Shinseki’s ouster is a very serious gesture.

“It’s not something we do lightly. But we do so today because it is our responsibility as advocate for the men and women who have worn this nation’s uniform,” said Daniel M. Dellinger.

Pete Hegseth, CEO of the Concerned Veterans of America, offered a statement: “We’re proud to stand with The American Legion as they take this courageous and historic stand. As America’s largest veterans organization, their moral authority on this issue is unimpeachable. We applaud their demands for accountability at the very top of the Department of Veterans Affairs.”