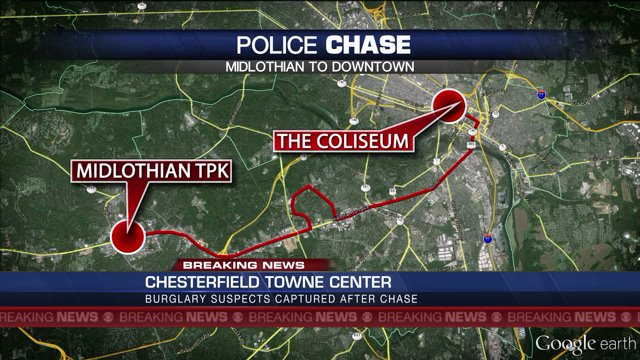 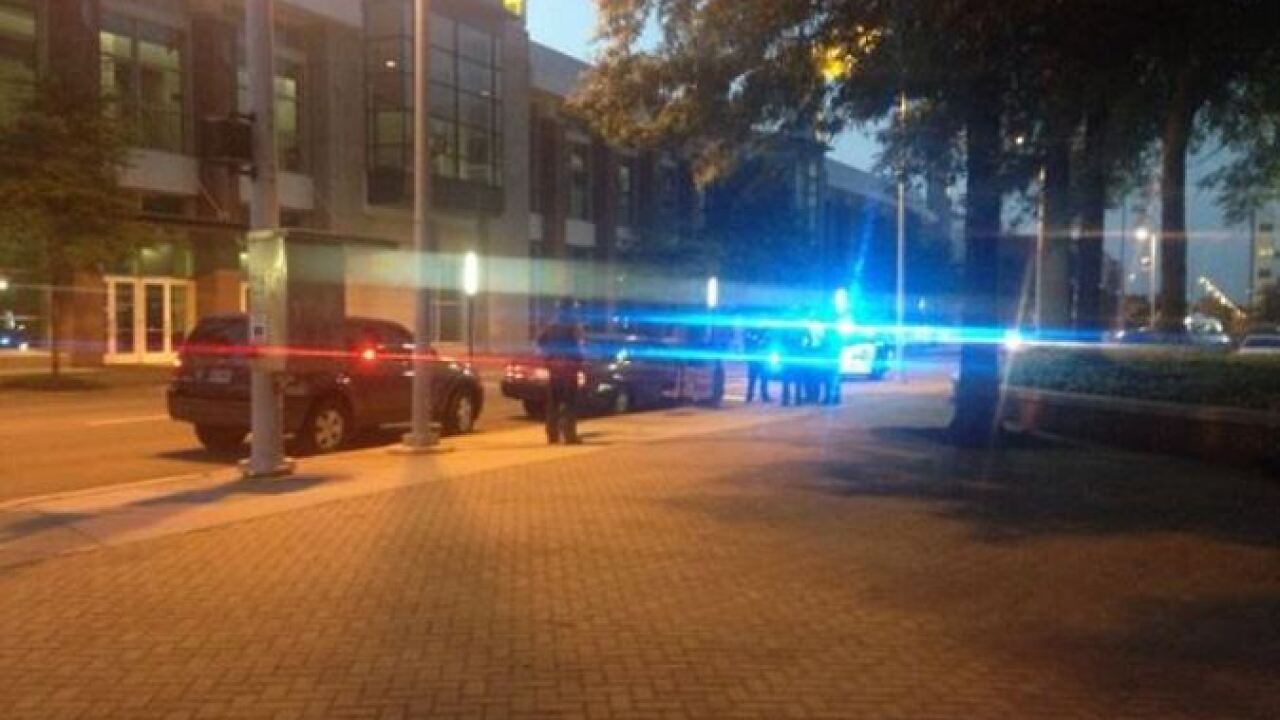 RICHMOND, Va. (WTVR) -- Both Richmond and Chesterfield Police were involved in apprehending suspects who were first wanted for several car break-ins at Chesterfield Towne Center.

A shopper saw the suspects smashing windows and alerted police. Police were able to broadcast the description of the vehicle. When the officer cut on his lights, the suspects took off down Providence Street.

The suspects traveled across 14 Street bridge, took a left on Broad, and then a right to cut through valet parking Marriot, where they clipped a Marriott courtesy van.

An unmarked police cruiser was also hit in the chase.

The next move the suspects made in the getaway was to turn right onto 5th Street, going the wrong direction.

The driver eventually crashed in front of the Coliseum and police were able to apprehend the occupants. The driver didn’t run, but the passenger tried. As he tried to run across the elevated concrete planters he fell.

Two people arrested, although the passenger was taken to the hospital for an ankle injury.

The other was taken away in handcuffs by Chesterfield Police.