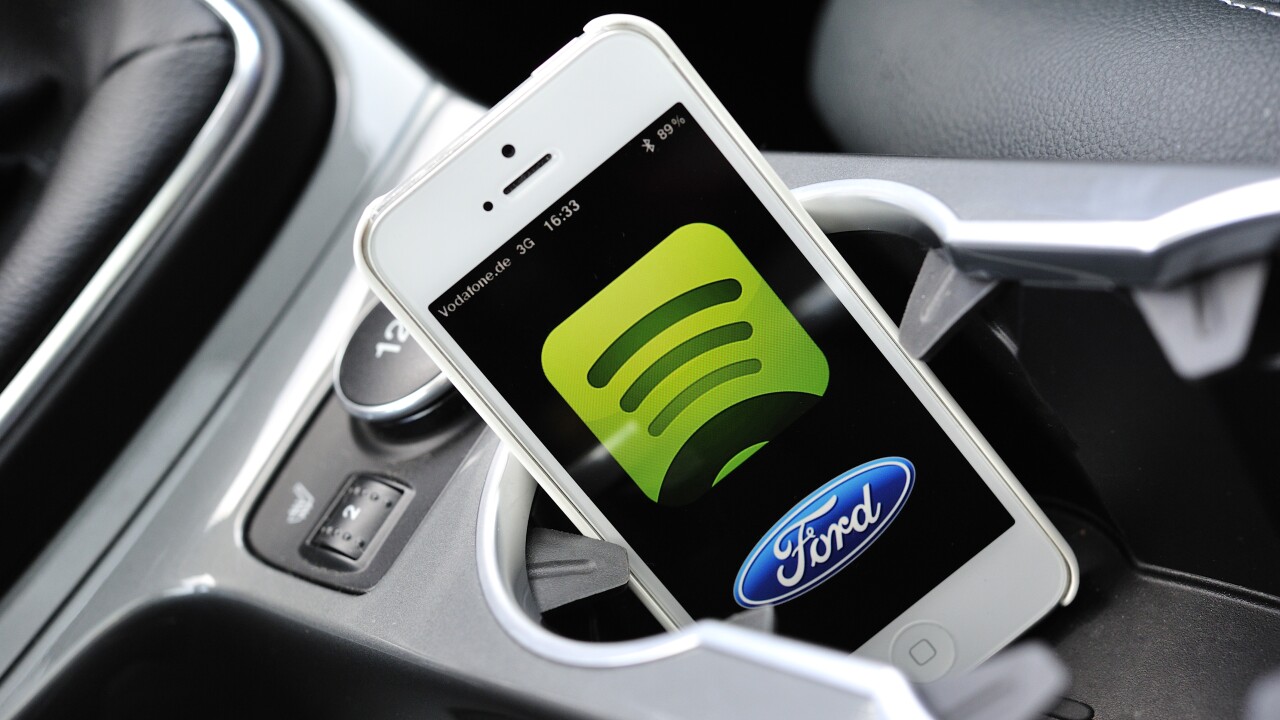 Ford has teamed up with Spotify to bring the music-streaming service to its Ford Sync AppLink cars in Europe. It’s Ford SYNC AppLink allows drivers to control smartphone apps from the driver’s seat, using voice control.

(CNN) — Silence is golden. Or at least that was the plan.

Indie band Vulfpeck hatched a scheme to earn a big payout from Spotify. But they’d have to be clever; the music streaming service pays artists less than a penny a play.

So, here’s what Vulfpeck did. The band uploaded a 10-song album called “Sleepify” and asked their fans to stream the album on repeat while they slept, hoping to multiply the royalty rate exponentially.

There was even some incentive. The band was going to use the money to pay for a free concert tour and go to the cities that streamed the album the most.

Every track is completely silent — no music at all — and only about half a minute long. According to the Spotify’s payment plan, each song needs to be listened to for at least 30 seconds to count as an official listen.

Vulfpeck racked up about $20,000, according to reports. At the half-a-cent per play rate the band says it gets from the service, that’s 4 million plays.

When contacted, Spotify’s Graham James had little to say.

“Sorry. Not commenting on this one,” he told CNN.

There’s no word on whether Vulfpeck will get paid.

But not Vulfpeck. It bounced back with a new three-track album called “Official Statement.”

On the first track, “#Hurt,” Keyboardist Jack Stratton spills his guts about the situation.

“The gist of it was that, while they enjoyed ‘Sleepify’ and thought it was funny and clever, that it violated their terms of content,” he said.

“So I don’t know what’s going to happen with it — it’s very uncertain at the moment. And in light of that uncertainly I want to take 30 seconds silence to ponder the uncertainty.”

That ushers in the second track, “#Reflect” — 31 seconds of silence.