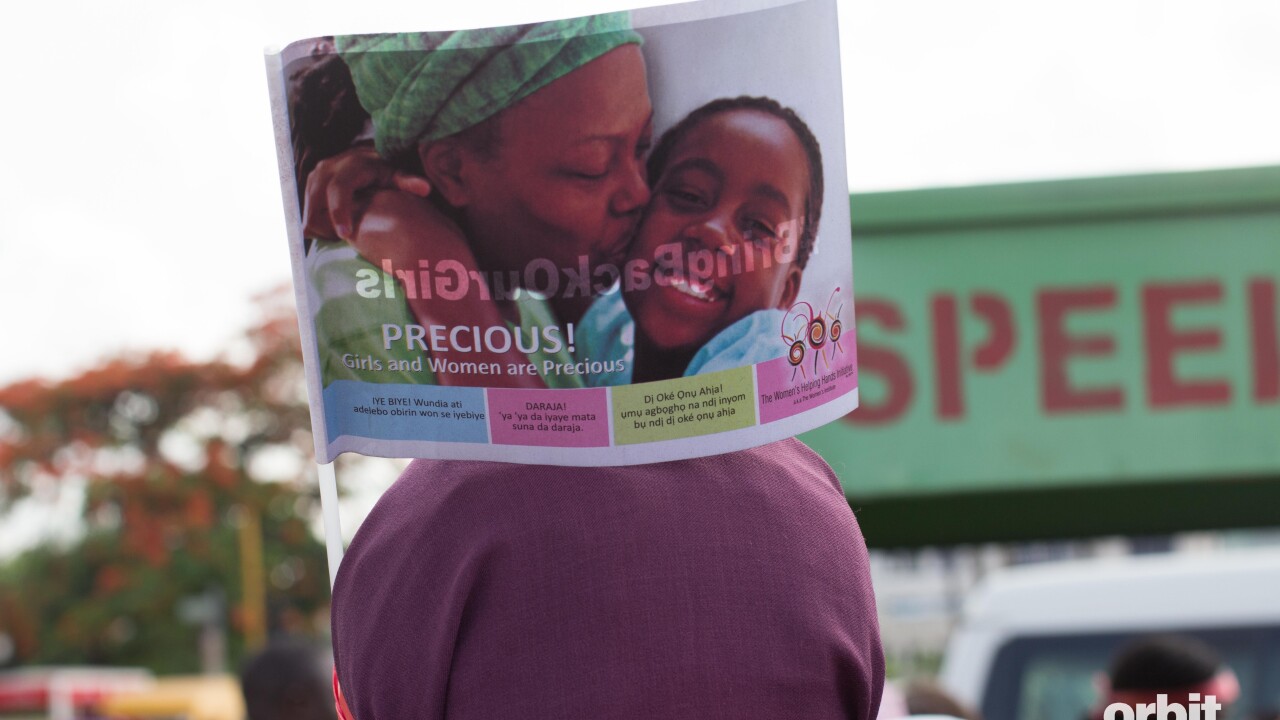 ABUJA, Nigeria (CNN) — Nigerian President Goodluck Jonathan, whose country’s effort to subdue Boko Haram has been largely ineffective, declared in a speech Thursday that the terror group’s abductions of schoolgirls would be its undoing.

“I believe the kidnap of these girls will be the beginning of the end for terror in Nigeria,” he said at the opening of the World Economic Forum meeting in Abuja.

But the task of recovering the girls appeared to grow more complicated Thursday.

U.S. intelligence officials believe the 276 girls abducted last month have been separated, according to a senior U.S. official who declined to be identified because of the sensitive nature of the information.

The source declined to say how U.S. officials came to the conclusion.

The girls have not been seen since Boko Haram militants abducted them from a school in northern Nigeria April 14. Recently, Boko Haram leader Abubakar Shekau said he plans to sell them.

Now, the militants may be going after those trying to find the girls. On Thursday, Nigerian police said one officer was wounded in the neck during a gunfight with suspected Boko Haram militants on the road between Maiduguri and Chibok, where the schoolgirls were abducted April 14.

And on Monday, Boko Haram militants attacked Gamboru Ngala, a remote state capital near Nigeria’s border with Cameroon that has been used as a staging ground for troops in the search for the girls. Some of the at least 310 victims were burned alive.

The assault fits a pattern of revenge-seeking by Boko Haram against those perceived to have provided aid to the Nigerian government.

The United States, Britain, France and China have promised to help Nigeria find the girls, as world outrage over their plight has grown.

“Every day when I wake up and I think about young girls in Nigeria or children caught up in the conflict in Syria, when there are times in which I want to reach out and save those kids. And having to think through what levers, what powers do we have at any given moment, I think drop by drop by drop that we can erode and wear down these forces that are so destructive,” U.S. President Barack Obama said Wednesday night in Los Angeles.

Exactly how, he didn’t say.

Witnesses described the Gamboru Ngala attack as a well-coordinated onslaught that began shortly after 1:30 p.m. Monday at a busy outdoor market in the town.

The attackers shouted “Allahu Akbar” — “God is great” — and opened up on the market, firing rocket-propelled grenades into the crowd and tossing improvised explosive devices, witnesses said.

Some marketgoers tried to take shelter in shops only to be burned alive when the gunmen set fire to a number of the businesses, the witnesses said.

A few Nigerian soldiers who had been left behind at the village could not hold off the assault and were forced to flee, they said. Many sought safe haven in nearby Cameroon.

The fighters also attacked the police station during the 12-hour assault, initially facing stiff resistance. They eventually used explosives to blow the roof off the building, witnesses said. They said 14 police officers were found dead inside.

Residents who returned to the village said they found 310 bodies.

The attack came about three weeks after militants snatched the 276 girls from their beds at the Government Girls Secondary School in Chibok.

And Sunday night, villagers in Warabe said Boko Haram militants snatched at least eight girls between the ages of 12 and 15.

Amid the growing international outrage, world leaders lined up to provide assistance.

The United States is sending a team of law enforcement experts and military advisers. France said Thursday that it would send a “specialized team” to help. The British government is also sending a small team, Prime Minister David Cameron’s office said. Neither country said exactly what expertise their teams would bring.

British satellites and advanced tracking capabilities also will be used, and China has promised to provide any intelligence gathered by its satellite network, the Nigerian government said.

Nigerian police also announced a reward of about $310,000 for information leading to the girls’ rescue.

‘I will sell women’

The increased global response came after a chilling video described what may happen to the girls.

A man claiming to be Boko Haram’s leader, Abubakar Shekau, made the following claim:

“I abducted your girls. I will sell them in the market, by Allah,” he said. “There is a market for selling humans. Allah says I should sell. He commands me to sell. I will sell women. I sell women.”

Boko Haram translates to “Western education is sin” in the local Hausa language. The group has said it wants a stricter enforcement of Sharia law across Africa’s most populous nation, which is split between a majority Muslim north and a mostly Christian south.

The militants have even been known to kill Muslim clerics who dare criticize them.

The United States has branded Boko Haram a terror organization and has put a $7 million bounty on Shekau. But his location is as uncertain as the whereabouts of the girls.