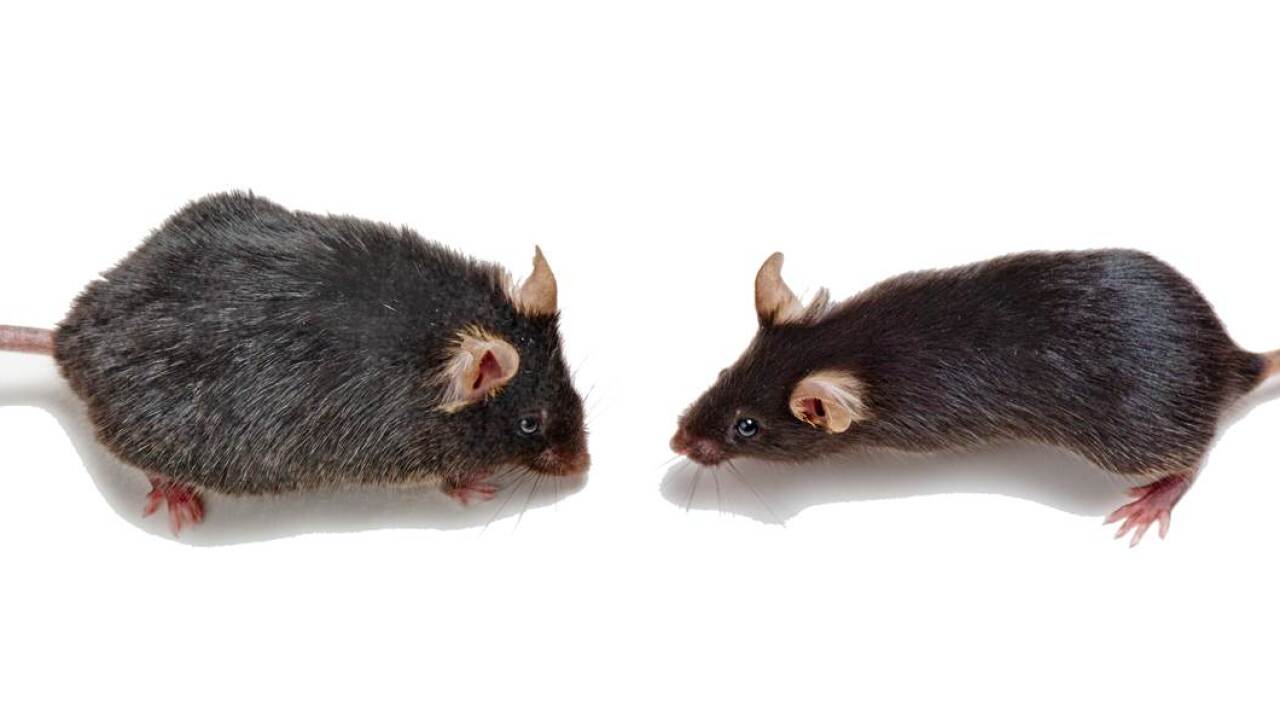 Three new studies describe how the blood of young mice may help rejuvenate the brains and muscle tissues of older mice.

(CNN) — The fountain of youth might not be made of water after all.

Three new studies describe how the blood of young mice may help rejuvenate the brains and muscle tissues of older mice. For now, it has only been tried in rodents, but this line of research might one day lead to therapies for medical conditions often found in aging humans.

“It’s really exciting,” said Amy Wagers of the Harvard Stem Cell Institute, senior author of one of the studies published in the journal Science. “It says there’s a coordination of signals through the blood system that’s affecting aging in many different organs.”

Advances in this line of research raises the possibility of a single treatment for conditions such as cardiac disease, neurodegeneration and muscle wasting, Wagers said.

The three new studies are all consistent with each other, and support the idea that there are substances in the blood that could be important therapeutically, she said.

Two studies, both in Science, focused on a protein called GDF11, which, in its mature form, is identical in mice and humans, Wagers said.

“By boosting the levels of GDF11, we could, in mice, see a restoration of the ability of muscle to repair itself after injury,” she said.

Among the wondrous apparent benefits of this protein: In a resting state the muscles of older mice were structurally improved, and they could generate more force when pulling on a bar, too.

Wagers and colleagues did experiments on pairs of mice, in which a 2-month-old mouse, analogous to a 20-year-old person, was surgically joined to the same circulatory system as 2-year-old mouse, which is akin to a 65- or 70-year-old human.

It also appeared that old mice didn’t need to be surgically joined to young mice in order to act young again.

Thanks to daily injections of GDF11, apparently, older mice could run on a treadmill as long as younger mice — and longer than those who did not get the treatment.

Researchers saw that injections were about as good as the surgical joining when it came to muscle repair. But in previous experiments focusing on the heart, old mice fared better when conjoined to a young mouse’s blood system. That could mean that there are other substances in the blood having positive effects, or that the dosing and timing was off in the protein injection treatment.

A second Science study also focused on GDF11. Lida Katsimpardi and colleagues found the protein, when injected, improved the vasculature — the system of blood vessels — in key areas of the brains of old mice.

When young mice were attached to the blood supply of old mice, young blood seemed to promote the formation of new neurons related to olfactory senses in old mice, too. Researchers found that the old mice had a better sense of smell as a result.

How does this happen? It appears blood flow increased to neural stem cells as a result of GDF11, which pumps up the generation of neurons.

Unlike the Science studies, the study in the journal Nature Medicine did not single out any particular blood protein. Instead, researchers focused on plasma, the part of the blood without cells in it.

As in the Science studies, Stanford researchers also joined pairs of old and young mice to the same blood supply.

They looked for changes in the hippocampus, a seahorse-shaped structure the brain that plays an important role in memory, in old mice. One result of Alzheimer’s disease in the brain is a hippocampus whose structure and function are atrophied.

The blood supply of younger mice seemed to have a positive effect on the hippocampi of older mice to whom they were surgically connected. In those pairs, the old mouse was likely to have a hippocampus more similar to that of younger mice than old mice hooked up to old mice.

“It was as if these old brains were recharged by young blood,” the study’s senior author Tony Wyss-Coray, neurology professor at Stanford University School of Medicine, said in a statement.

Researchers also saw benefits of injecting old mice with the plasma of young mice. These old mice performed better on a maze test — in which they had to find a hidden platform in a container with water — than old mice who got plasma from other old mice, or who were not injected.

In another test, researchers trained mice to freeze in place in a particular environment. This fear response lasted longer in mice who more easily recognized the environment. Older mice who received young plasma did better on this test after receiving young plasma, but not old plasma.

It is possible that GDF11 in the plasma could be responsible for these results as well, but that has yet to be investigated, Wagers said.

Trying it in humans

Wagers said she and colleagues are working on designing the optimal trial for GDF11. But they still want to understand what it is and how it works.

For instance, are people born with a finite amount of GDF11, or is there an age at which the substance peaks in the blood before declining later in life? Why does it decline with age?

No side effects were seen in Wagers’ study, but it remains to be seen how humans would respond to the treatment.

Irina Conboy, principal investigator at the Berkeley Stem Cell Center, cautions that GDF11 and other proteins that promote blood vessel formation have also been associated with the growth of tumors and metastasis. A study on colorectal cancer in the International Journal of Oncology found associations with tumors and with cancer-related deaths.

Wyss-Coray co-founded a company that is going to look into the potential of using his group’s idea — young blood plasma — for human therapies. He is the director of the company’s scientific advisory board.

“Under controlled conditions in a clinical trial setting, I think this is definitely warranted,” Saul Villeda, lead author of the Nature Medicine study, told CNN. “It’s definitely worth pursuing in humans. I just think it should be in an appropriate context.”

More investigation is necessary to see the youth we crave can be attained from substances in the blood of our younger friends.