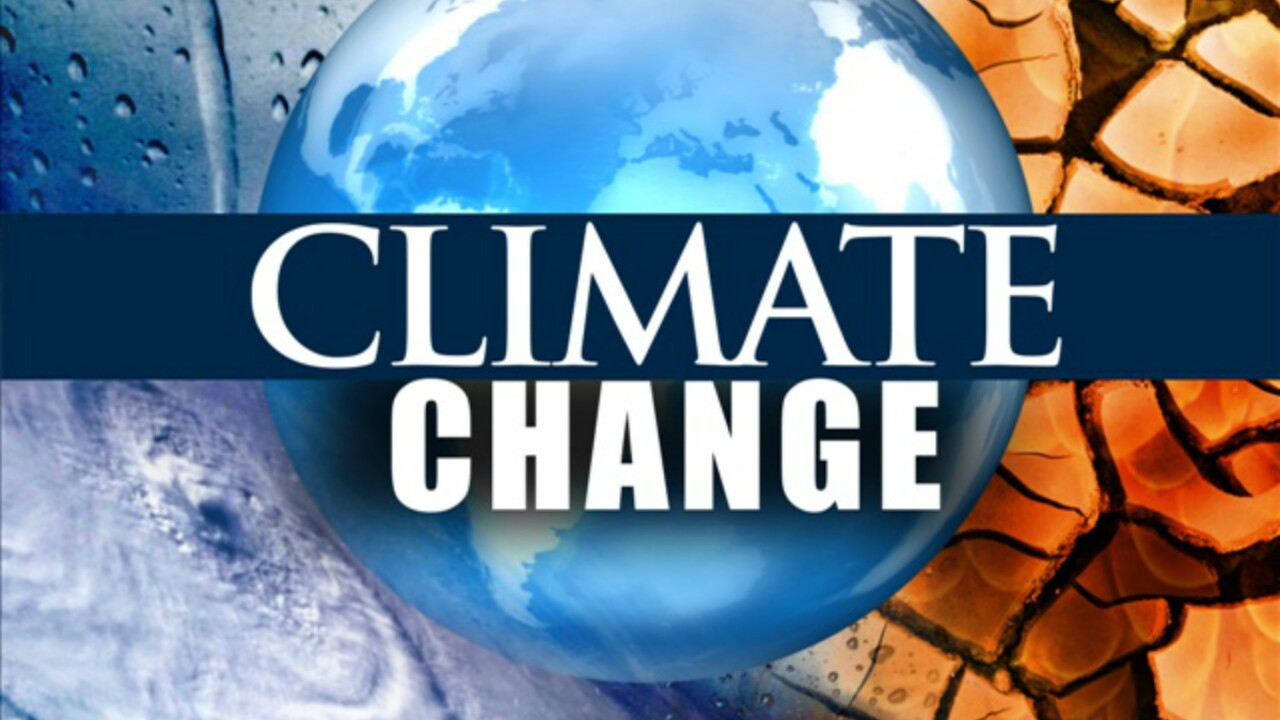 Those are some of the alarming predictions in a White House climate change report released Tuesday, part of President Barack Obama’s broader second-term effort to help the nation prepare for the effects of higher temperatures, rising sea levels and more erratic weather.

“Climate change, once considered an issue for a distant future, has moved firmly into the present,” the National Climate Assessment says, adding that the evidence of man-made climate change “continues to strengthen” and that “impacts are increasing across the country.”

“Americans are noticing changes all around them,” the report says, echoing a draft version from last year. “Summers are longer and hotter. … Rain comes in heavier downpours.”

In a statement released to coincide with the report’s publication, the White House called for a rapid response.

“The findings in this National Climate Assessment underscore the need for urgent action to combat the threats from climate change, protect American citizens and communities today, and build a sustainable future for our kids and grandkids,” the White House said.

Obama and his administration have long said that climate change is already affecting communities.

More than 300 experts helped produce the report over several years, updating a previous assessment published in 2009.

The President will help mark the release of the new National Climate Assessment by speaking with meteorologists about the report’s findings, which his counselor John Podesta said Monday would offer “a huge amount of practical, usable knowledge” for communities as they cope with risks like longer dry spells and increased risk for wildfires.

“It begins to take the climate discussion down to a regional level, so it breaks the country apart, anticipates what’s going to happen in each region,” Podesta said. “That kind of information will help communities plan.”

The report breaks the country down by region and identifies specific threats should climate change continue.

In the densely populated Northeast, flooded rail lines and other infrastructure are named as a concern if sea levels rise. The Great Plains could experience heavier droughts and heat waves with increasing frequency. And more wildfires in the West could threaten agriculture and residential communities.

Obama has pledged to renew his efforts on climate change during his second term, including using executive actions that bypass Congress. He’s introduced new regulations on truck emissions and created “climate hubs” that help businesses prepare for the effects of climate change.

Obama and his administration are also approaching a decision on the Keystone XL pipeline, which would transport oil from Canada to the Gulf of Mexico. Environmental groups say the project would contribute to climate change since it wouldn’t help reduce the nation’s dependence on fossil fuels.

Podesta, who advocated against approving the pipeline before he joined the Obama administration last year, has recused himself from internal discussions on the matter and has declined to answer questions about the project.

But Podesta did say that the recent energy boom in the United States — powered by increased extractions of oil and natural gas through a controversial process known as fracking — could reduce American dependence on fossil fuels.

“We think it’s a practical and viable way to reduce emissions in the short run,” Podesta said. “Obviously, there are environmental issues around the production of gas and oil. But, again, in the administration’s view, those can be — those can be dealt with through the proper application of the best practices to produce that oil and gas.”