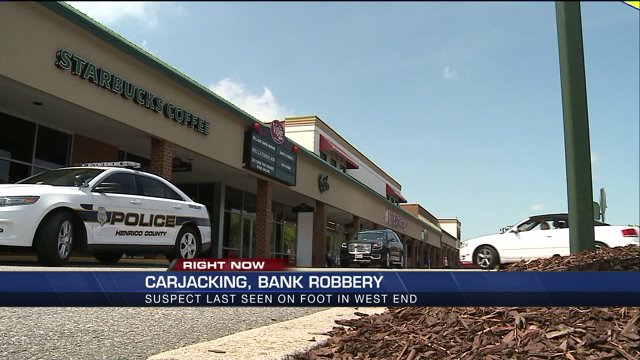 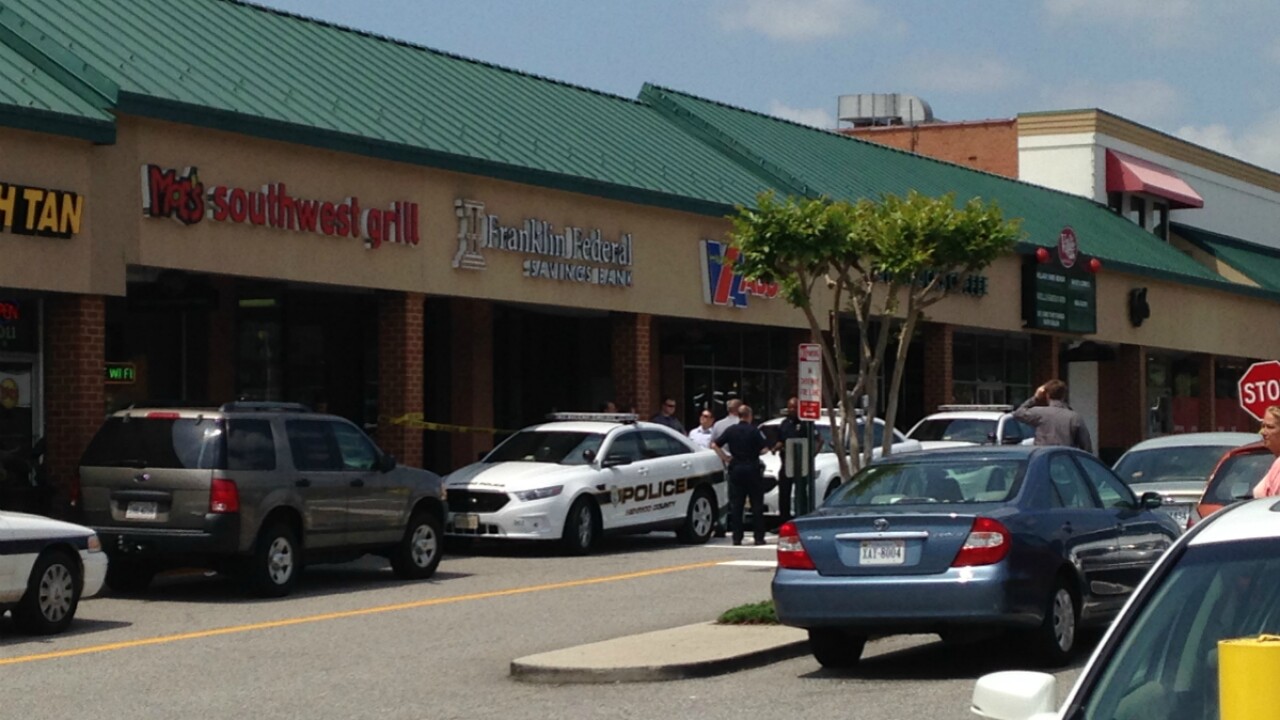 HENRICO COUNTY, Va. (WTVR) - Police are looking for a gunman who carjacked a woman in the West End of Henrico County and then robbed the Franklin Federal Bank in the Village Shopping Center on Tuesday afternoon.

The woman was carjacked about 1:08 p.m. outside the Arby's at 8900 Quioccasin Road in Henrico. The gunman stole the woman's Toyota Camry. Less than 20 minutes later, a person who matched the general description of the carjacker robbed the bank at 7013 Three Chopt Road near the Henrico-Richmond line.

The stolen Camry was found abandoned eight blocks from the bank near the intersection of Three Chopt Road and Ripley Avenue in Richmond.

K9 units and a police plane are being used to help find the suspect. Police described the suspect as a black male in his late teens or early 20s. He was wearing a grey shirt.

During the bank robbery, police said the suspect wore a medical mask to conceal his face.

There have been no reports of any injuries.

The St. Christopher's School and St. Catherine's School, which are located near the bank, were locked down as a precaution.