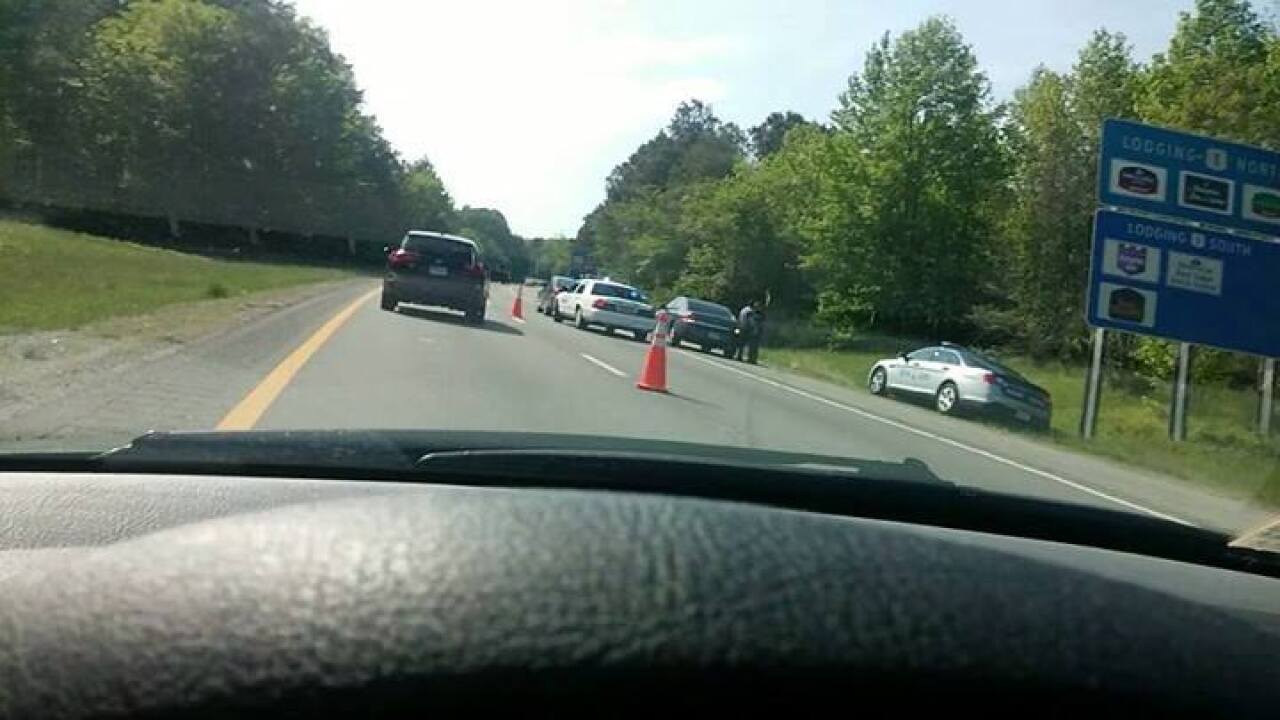 At 3:46 pm, Tuesday, Virginia State Police responded to the scene of a crash involving a state trooper in Henrico County.

According to witnesses, the trooper was stopped in an emergency vehicle cross-over along Interstate 295 near the 43 mile marker, at the I-295 and I-95 split.

The trooper activated his lights and sirens and pulled from the cross-over into the northbound lanes of I-295, which is routine when attempting to catch up to and stop a traffic violator, police said.

A Henrico County Police Officer who witnessed the incident immediately stopped and rushed to the trooper’s vehicle, where she found the trooper unresponsive, according to police. The trooper was trapped inside his Crown Victoria patrol car and had to be cut out of the vehicle.

He was transported by ambulance to VCU Medical for treatment of serious but non-life threatening injuries.

At this stage of the investigation, it appears Trooper R.L. Francis, 48, of Mechanicsville, suffered from a medical condition causing his vehicle to crash, according to police.

No other vehicles were involved in the crash. The incident remains under investigation.