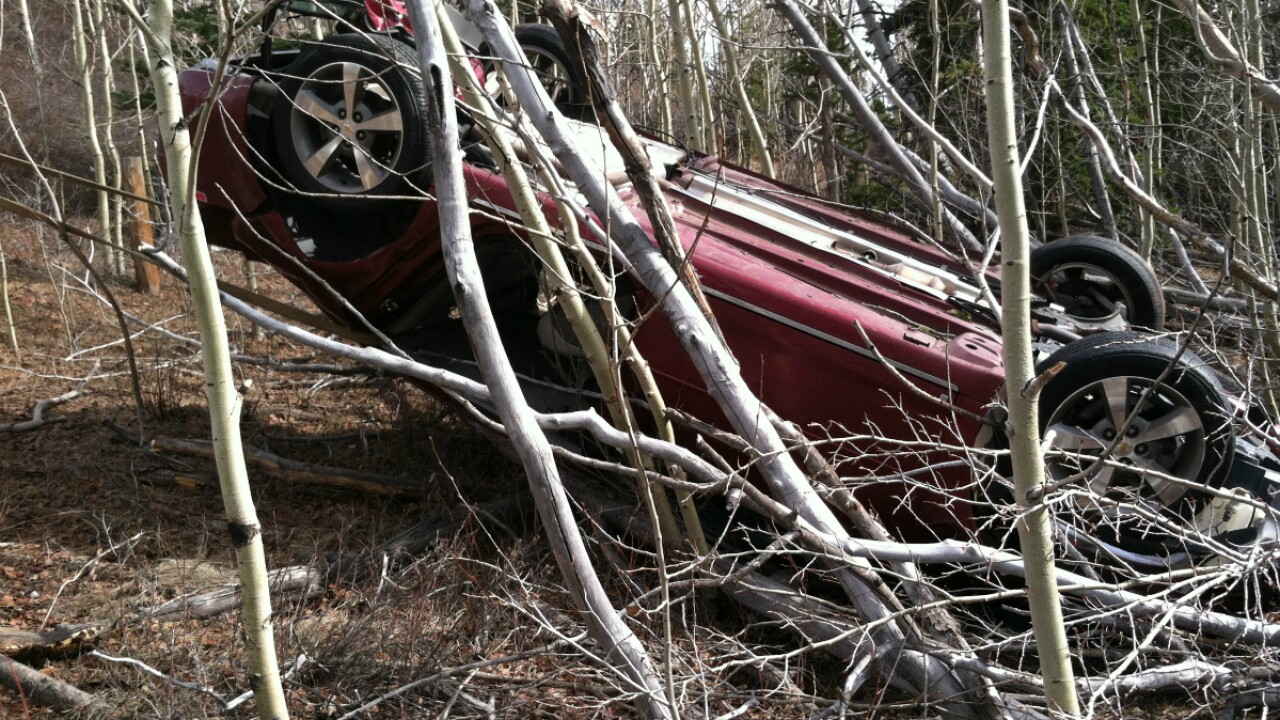 (CNN) — Doctors will amputate the feet of a Colorado woman who was missing for five days before being found in her wrecked car just off a scenic highway, a family spokesman said Monday.

Kristin Hopkins is in critical but stable condition at St. Anthony Hospital in Lakewood, Brian Willie said, reading a statement from the Hopkins family.

“Doctors were not able to save her feet due to the severity of her injuries,” he told reporters, adding the amputations would be done Monday afternoon.

Hopkins, a 43-year-old single mother of four, was reported missing on April 29. She was found May 4, still in her car, about 140 feet from U.S. 285 just north of Fairplay, the Park County Sheriff’s Office said.

The Hopkins’ family statement thanked a man who found Hopkins in her car and drove to the sheriff’s office to report finding a car with a possible body inside. The man was not identified by authorities, who said he slipped out of the sheriff’s office after reporting the accident.

A firefighter who treated Hopkins at the scene said it appeared she had written notes on the white portions of a red and white umbrella and was trying to use it to signal passersby on the highway.

Lt. Jim Cravener, a firefighter with the North-West Fire Protection District in Park County, said, “(The notes) were hard to make it out. One of them appeared to say ‘Please help doors won’t open.’ Another one (said) ‘Please help, bleeding, need a doctor’ and another one said, ‘Six days, no food, no water, please help.'”

The man who spotted the car had stopped to take photos at the top of a pass near a sharp curve, Cravener said.

“He ventured off the highway a little bit, found the vehicle, and walked down to it,” the firefighter said. “The person thought they found a body.”

Cravener and another firefighter were surprised to discover Hopkins alive.

The car was upside down in a heavily wooded and steep area. As the other firefighter went to break a window, Hopkins put her hand on the glass.

Hopkins went in and out of consciousness, Cravener said.

“She said she crashed at night,” he said. “We assumed she crashed the night before, but it turned out it had been several days.”

“While we are hopeful for her prognosis, Kristin was seriously injured with multiple internal and external injuries,” Willie said.

Hopkins lives in Highlands Ranch, about 90 minutes away from the accident scene.