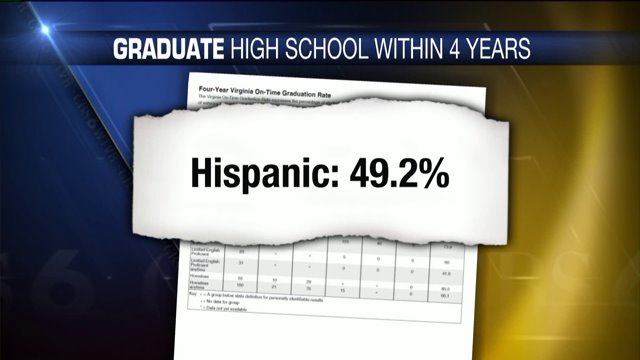 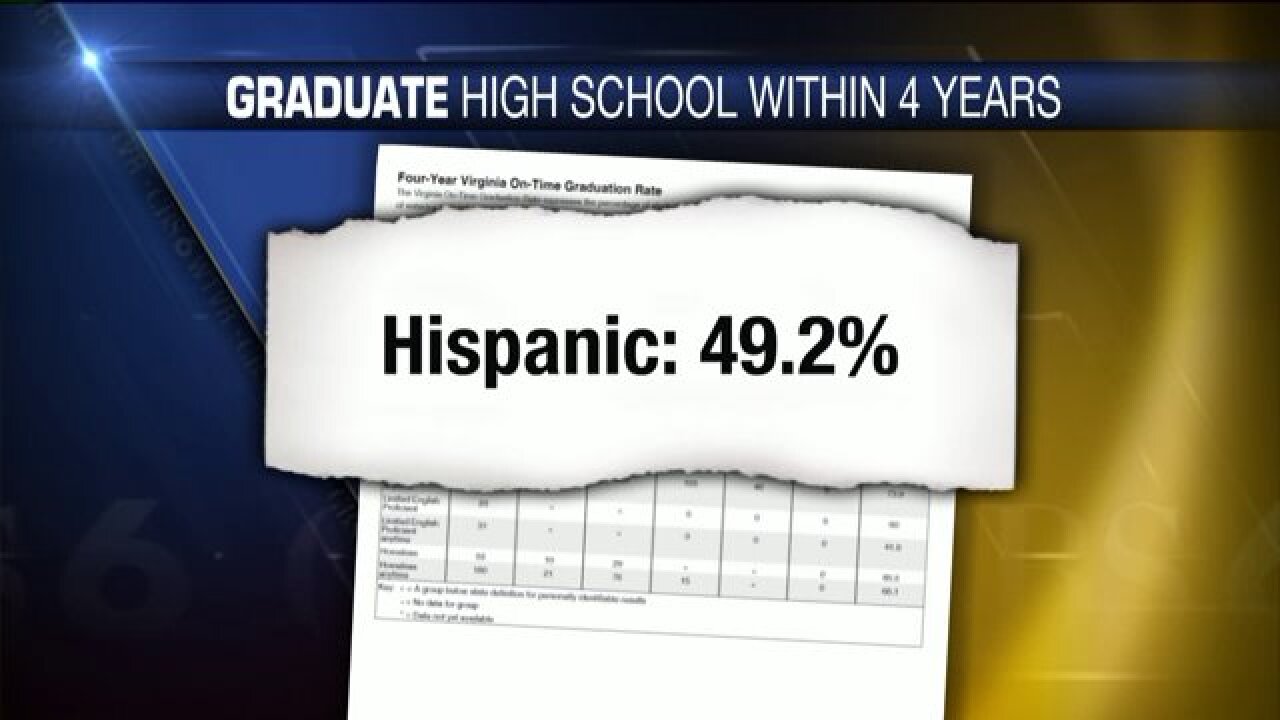 Now at least 50,000 thousand Hispanics live and work in Richmond, Chesterfield, and Henrico. While new shops and stores for Hispanics may be thriving, at least in Richmond, education is a struggle.

"Nobody helps -- that is what I faced -- everything was on my own," Jorge Pichiya, an undocumented citizen who recently got his GED, told CBS 6.

According to data obtained by CBS 6 and reported by VA Department of Education, only 49.2% of Hispanics graduate on time in the City of Richmond. The rate for blacks is 76.7% and 84.8% for whites.

Those numbers for Hispanics are significantly lower than rates in Chesterfield and Henrico where it is 84.6% and 78.4% respectively.

"We are very much behind the ball in Richmond -- it is alarming," Richmond Public School Board member Kim Grey said.

Grey promised to address the problem in a new audit to be conducted by the City.

"We are going to be working with the superintendent and the administration," Grey said.

Several organizations have been created in the metropolitan area aimed at improving Latino success in schools.

Eric Bolanos, a recent Virginia high school grad, told CBS 6 the problem goes beyond the schools, to the family.

"I feel like most Hispanic families don't inject that mentality of continuing education," Bolanos said.

Radio Poder 1380 is also hosting a series of talk shows aimed at educating young Latinos at 11:30 a.m.  on Fridays.

More information can be found on their Facebook page.