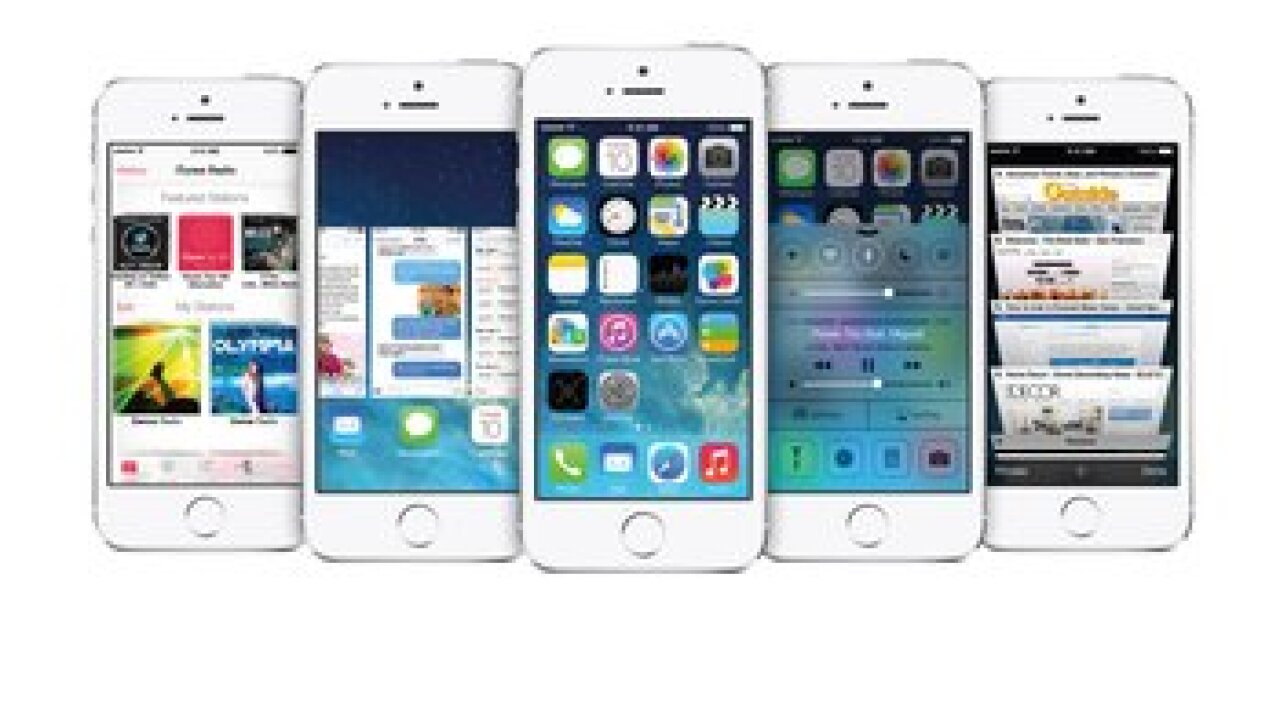 The new iOS 7 iPhone software not only has a new look, but Apple successfully addresses many long-standing issues.

NEW YORK (CNNMoney) — Apple says its encrypts email attachments you receive on your iPhone or iPad — but it doesn’t, according to a security researcher.

German security expert Andreas Kurtz has discovered that anyone in possession of your Apple device might be able to access files sent to you via email, even if your phone is locked with a passcode.

It’s a major security flaw, but it’s worse for people with older iPhones and iPads. It’s less bad for folks with newer ones.

Since the release of the iOS 4 software in 2010, Apple has assured customers that files are guarded with an added layer of security. When you lock your phone, the email attachments in your phone are supposed to be individually locked too. Here’s why: Even if hackers manage grab your phone, hook it up to a computer and bypass the passcode that locks your entire device, they still aren’t supposed to be able to read the files. Email attachment files are a jumbled mess of letters and numbers unless you unlock the whole phone.

But that’s not actually happening, Kurtz found. The files aren’t encrypted that way. He was able to plug an iPhone 4 into a computer, go around the passcode and see those files.

There are several methods available to hackers allowing them to access an iPhone’s files even when it is locked and protected with a passcode. In theory, those files should be encrypted — appearing as a jumbled mess of numbers and letters. But Kurtz found that email attachments aren’t, in fact, encrypted. Kurtz was able to access email attachments on a locked iPhone 4 — just by plugging it into a computer and using some passcode-bypassing software.

Importantly, that method won’t work on newer devices, because they don’t allow computers to access raw files. But the software flaw is still present on new devices, such as the iPhone 5S and iPad 2. That means that if hackers figure out how to reach those files, they’ll find them unencrypted.

Kurtz, the co-founder of NESO Security Labs in Heilbronn, Germany, tested for the flaw in an iPhone 4, iPhone 5s and iPad 2. He first reported the findings on his personal blog on April 23.

Apple did not immediately respond to request for comment.

Kurtz said he reached out to Apple and the company told him it was already aware of the problem. But when the company issued a software update to iOS 7.1.1 and did not include a fix, Kurtz posted his findings.

“Considering the long time iOS 7 is available by now and the sensitivity of email attachments many enterprises share on their devices, I expected a near-term patch,” he wrote.