In praise of ‘other mothers’ 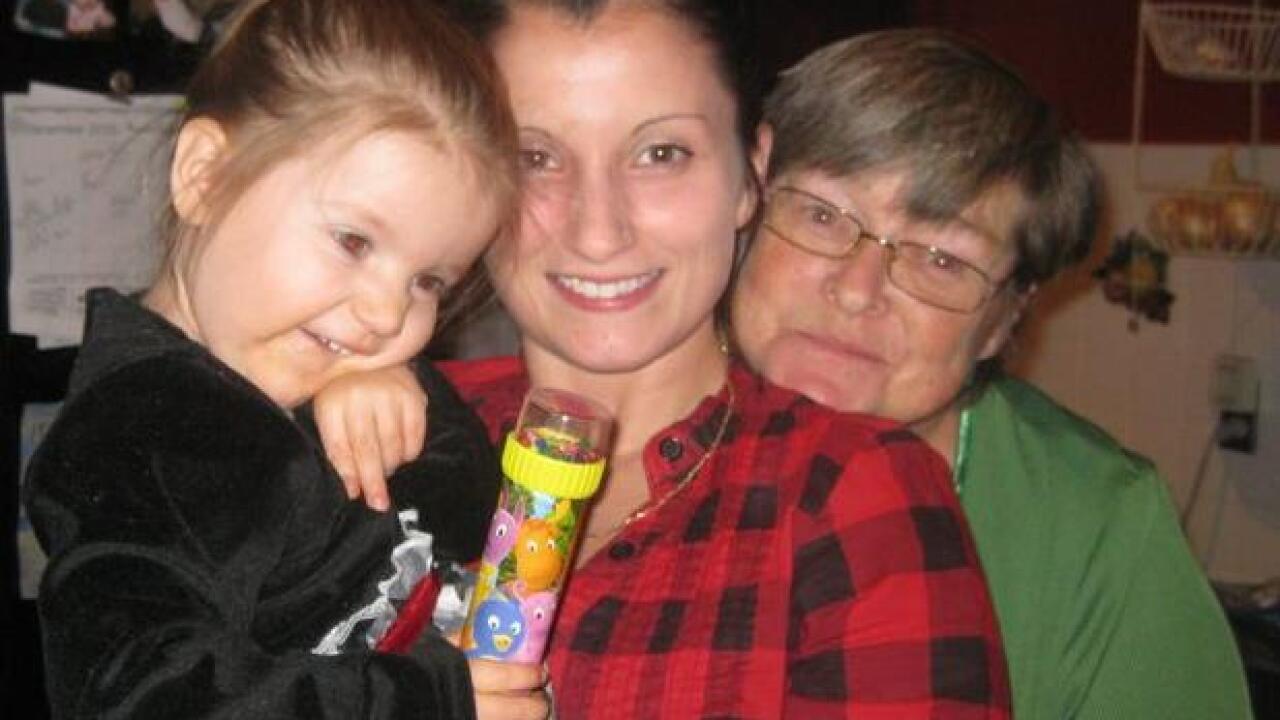 (CNN) — I had absolutely no right to cry over the death of Mrs. Howard. She wasn’t family, and I hadn’t seen her in more than 20 years. That didn’t stop me from crumpling onto the couch and howling like a kitten hurled from a moving car when I heard the news last year.

Between the damp, snotty sobs, I wracked my brain to figure out why word of Mrs. Howard’s death had struck me so squarely. I hadn’t kept in touch with my mother’s friend once I’d graduated from high school and fled my unhappy hometown life.

I poked at the space her loss had left, like examining the socket where a tooth was once firmly lodged. She’d had a dog, Piper, of which I was quite fond. She’d let me practice my piano lessons on her electric organ, and that was awfully nice. She’d taken me to the mother-daughter Girl Scout dinner…oh…

That was the raw nerve causing the ache. She’d filled in during at least one of many school-sanctioned mother-daughter outings when my mom was unable. It’s what lots of sisters, aunts, friends, neighbors, teachers do when they see a child in need of care and comfort. And Mrs. Howard did it for me.

My mother was and is unwell in ways I do and do not understand. It has been this way as long as I can remember. It’s not her fault; and it just simply is. And so I’ve been blessed with women — like Mrs. Howard, my mother’s twin sister and my own sister — who gracefully slipped in to fill the cracks as much as I’d let them.

I never asked these women to step in — mothers hold a vaunted role in our social structure, and you go with the one you’re given. No matter your circumstance, as a daughter it can sometimes feel like a betrayal to seek the care of another woman. One of the subtle gifts these other mothers give is making it so a child — of any age — never has to ask.

When a child’s struggles and scars are visible, sympathy is the immediate impulse. I recall walking past a classroom where our gentle-voiced hummingbird of a homeroom teacher was showing my friend Melissa how to sew buttons on shirts. She had lost her brother and her mother to cancer in the course of a few, cruel years.

While we, Melissa’s friends, fumbled for the words and actions that wouldn’t rip the wound wider, an army of women knit themselves around the motherless girl to bear her into womanhood as best they could.

While none of them could ever fully mend the ragged edge left by the loss of her mother, these women taught Melissa to cook and sew and shop for bras and inhabit the turbulent body of a girl entering adolescence. And over time, one of them finally fell so deeply into the rhythms of care, she became a permanent part of the family — as Melissa’s stepmother.

A childhood friend I’ll call Janet, so far as she would have any of us believe, sprung fully formed from the earth and as hard as bedrock around the heart. Her mother had bailed on the family when Janet was a very small child, leaving a weird and wounded pair behind in the rubble. But where Janet toughened, her father crumbled, and suddenly at some point in our teenage years, home wasn’t a safe and stable place for her to be.

Knowing she’d never ask, our friend Tina’s mother simply made an executive decision: Janet, you live here with us now. There are rules to our home and you will follow them, but now it is your home, too.

When iReporter Shawn Fontenot Yujuico was 17, she and her mother were hit head-on by a drunken driver. She survived, but her mother did not. To add insult to grievous injury, Yujuico and her brothers were sent to live with her father and stepmother, Shirley Fontenot, with whom she’d always clashed.

“My mother’s death made it hard to accept my stepmother. My younger brothers and I did the classic ‘You are not my mom’ routine, and we compared the two of them endlessly,” she writes.

Fontenot had three children of her own from a previous marriage and could have concentrated all her affection on them and her husband. Instead, she and Yujuico’s father did something extraordinary for the sake of their blended family: they remained married, but moved into separate houses to raise their children until all of them had graduated and moved out.

Yujuico explains, “They managed to get together on weekends here and there. And from time to time, they brought us all together and we began to soften. She just flat out loved us. She loved us over our brattiness, our ‘You are not Mother,’ over our heartbreak. She didn’t love us conditionally, she loved us with her whole heart.”

And years later, when Yujuico asked Fontenot why and how she’d found the strength to embrace angry stepchildren who were shoving her away at every turn, her answer was simple: “Because you were children and I was a grownup. That’s what grownups are supposed to do. I knew you were hurting.”

But the need isn’t always so clear-cut. iReporter Heather Gornick Jorgensen and her brother were fed, warm and clothed — but hunger isn’t always a physical thing. Their teenage mother was still going about the business of growing up, herself, when they were born. While her children’s biological needs were met, Jorgensen’s mother simply didn’t yet have the level of maturity necessary to sustain the souls of her children, too. Her maternal grandmother, Toni, took the nurturing role.

“The most important lesson I learned from my grandmother is that every child deserves unconditional love,” writes Jorgensen.

“While I was filled with insecurities and doubts, she was the one person who made me feel like I was perfect exactly as I was.”

Now in her 80s, Jorgensen’s grandmother has been diagnosed with Alzheimer’s disease, and Jorgensen is terrified — of losing one of the most important people in her life and also of her suffering. She is also ready to return the favor, love and lessons her other mother taught her throughout the years.

“I am grateful for the remaining opportunity I have to tell her that I love her, too,” Jorgensen said. “Unconditionally.”

And this Sunday, I will send my own mother flowers, with a note telling her that I love her, and thanking her for all that she has done for me. She is my mother, and that’s what a daughter does on Mother’s Day.

But that won’t be the only bouquet I send.