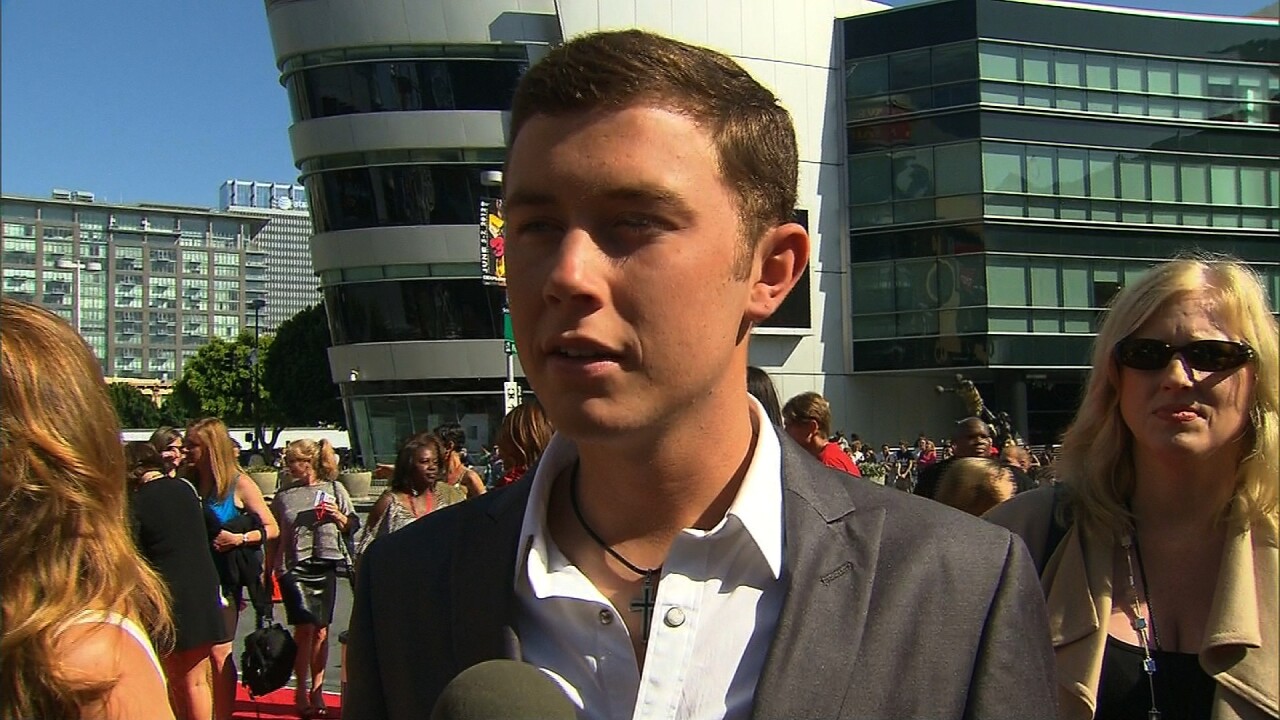 (FILE PHOTO) “American Idol” winner Scotty McCreery was one of the victims of an armed robbery that took place early Monday , May 5, 2014, at a Raleigh, North Carolina, residence, but “luckily, my friends and I are safe,” McCreery said on Facebook.

The country singer was one of the victims of an armed robbery that took place early Monday morning at a Raleigh, North Carolina, residence, but “luckily, my friends and I are safe,” McCreery said on Facebook.

According to the Raleigh Police Department, the home invasion took place before 2 a.m. near North Carolina State University’s campus. Three armed suspects entered the property and took money, wallets and electronics from multiple victims before leaving, police said. None of the victims was injured.

McCreery, who became “American Idol’s” season 10 champion in 2011, said in his Facebook post that he is thankful to the Raleigh police for responding to the incident so quickly.

“It was definitely a very scary night,” the 20-year-old shared. “Luckily, my friends and I are safe and the Raleigh PD is on the case. I will share more when the time is right, but as of now we do not want to do or say anything that could hinder the investigation. Thanks to everyone for the prayers and support. A huge thank you to the Raleigh PD for their quick response and hard work in solving this case.”

McCreery climbed to fame through Fox’s singing competition and has quickly become one of country’s brightest stars. His 2011 debut album, “Clear As Day,” was certified platinum within 13 weeks of its release.

The artist is in the middle of his “See You Tonight Tour” in support of his second album. He’ll next play Bakersfield, California, on May 9.