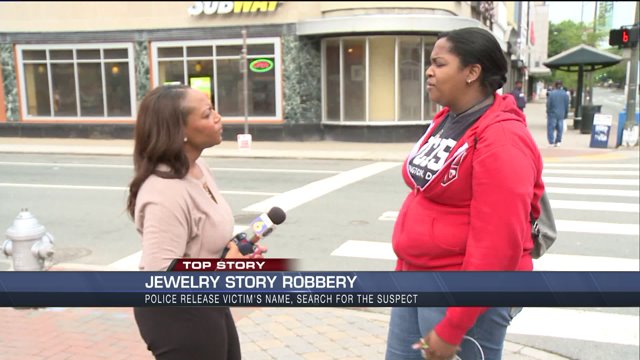 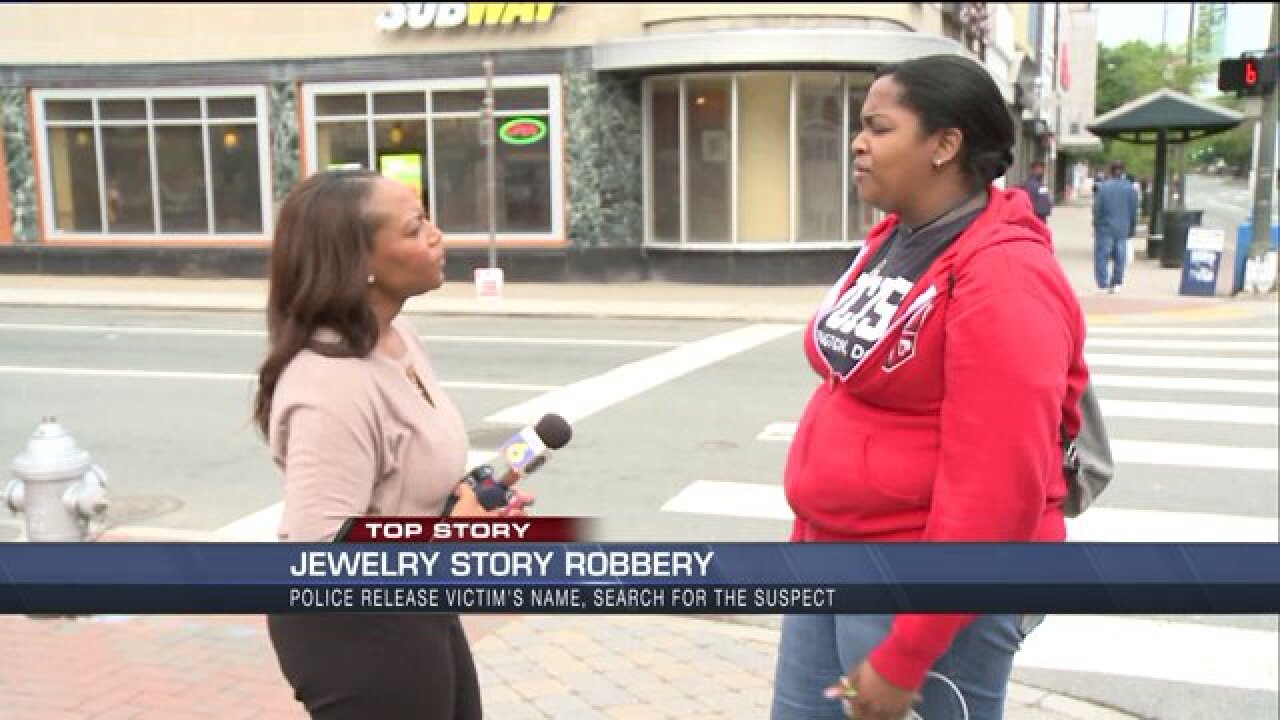 RICHMOND, Va (WTVR) - Opinions about the 300 block of East Broad Street differ, depending on who you ask.

"To me it's a little sketchy," VCU student Chemin Waiters chimed in.

The college sophomore said the sense of sketchiness was amplified after learning a worker at Victoria Jewelers was shot to death Monday afternoon.

"It's shocking, very shocking in my opinion," Waiters said.

The crime happened around 4 p.m., in an area full of pedestrians and bus riders.

The day after the shooting, police continued their investigation.

"We do believe robbery was the motive," Capt. O'Kleasky said. "We're asking for the public's help in this incident."