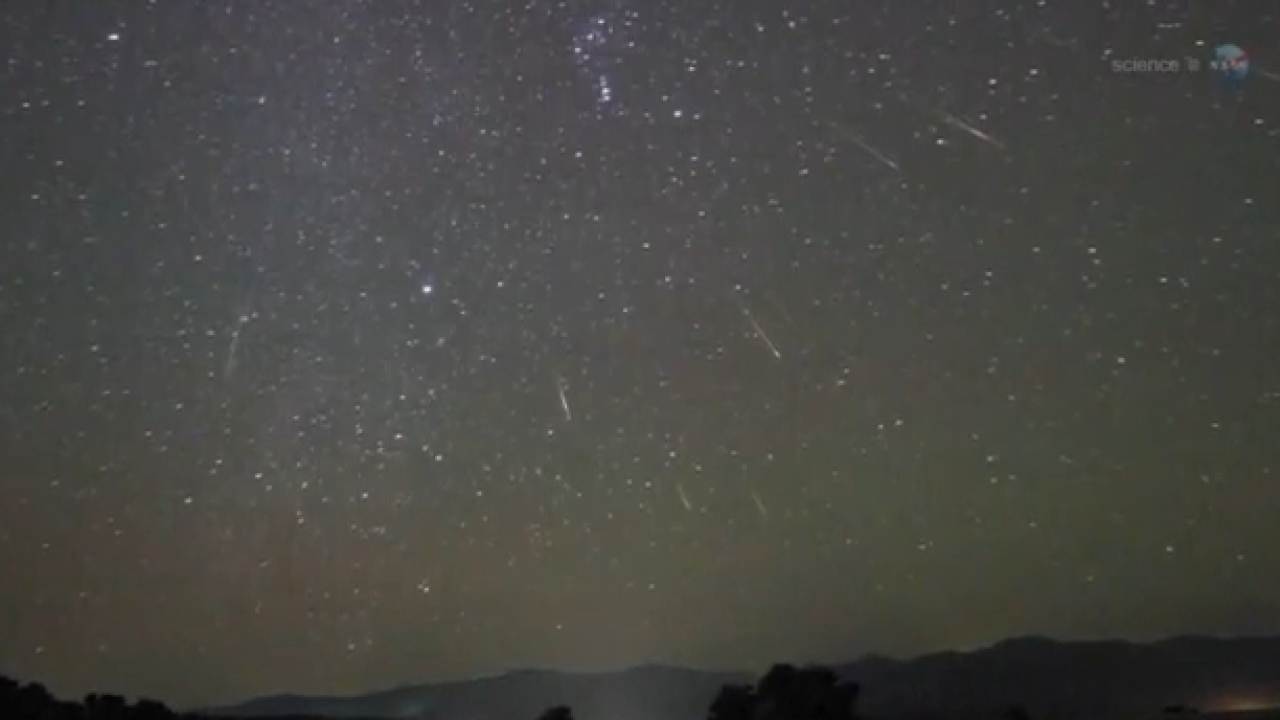 If you stay up late enough, you might be able to catch a meteor shower early Tuesday morning.

According to NASA, the Earth passes through the debris trail from Halley’s Comet every spring.

The trail is made up of debris that moves at up to 148,000 miles per hour before burning up in the Earth’s atmosphere.

The peak this year will happen between about 3 a.m. and 5 a.m. Eastern time, according to NASA.