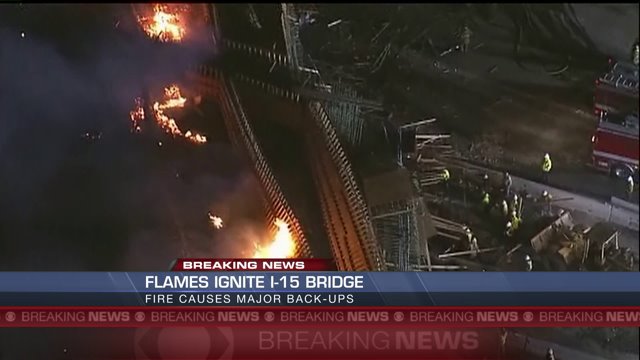 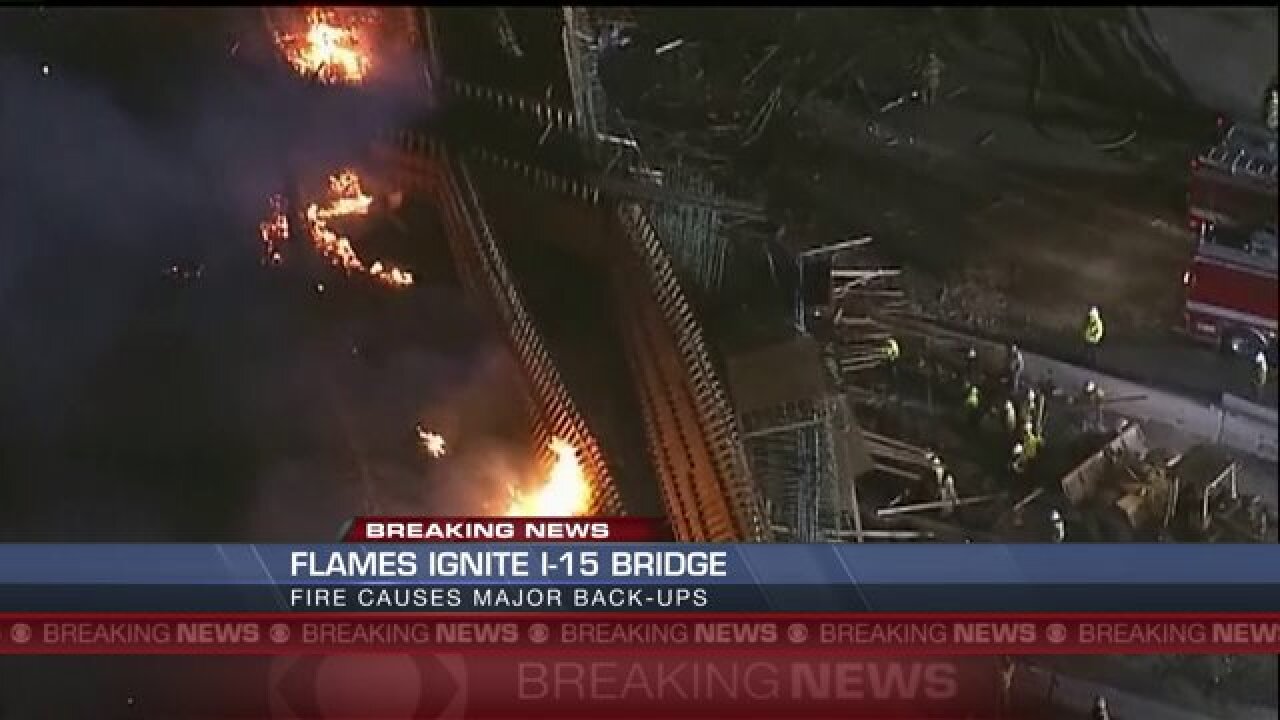 Hesperia (KTLA) -- A bridge caught fire and completely collapsed over the 15 Freeway in Hesperia on Monday afternoon, forcing officials to close the interstate in both directions "until further notice."

The fire began on an overpass that was still under construction above the 15 Freeway near U.S. Highway 395 at about 1:30 p.m., according to the California Highway Patrol Incident log.

Workers cutting rebar with blowtorches spread the fire into the "falsework" of the bridge, the San Bernardino County Fire Department stated on Twitter.

Both the northbound and southbound lanes were expected to remain closed "until further notice," Caltrans said in a commuter alert.

The northbound 15 Freeway was closed at Ranchero Road; the southbound side was shut down at Joshua Street/Highway 395.
Caltrans advised drivers to user State Route 18 or State Route 138 as alternates.

The fire was being fueled by 20 mph winds in the area, according to officials, who referred to the location as the "Ranchero Overpass" construction site.

The area is just northeast of the Cajon Pass.

Authorities were using several resources, including five engines, as part of an aggressive attack, according to the fire department.

One person was being treated for smoke inhalation, the fire department reported.

The freeway is the main route between Los Angeles and Las Vegas.

Traffic was backed up for miles on both sides of the freeway.

As of 10 p.m. crews were demolishing the bridge while firefighters worked to keep the embers from reigniting, according to San Bernardino County Fire officials.