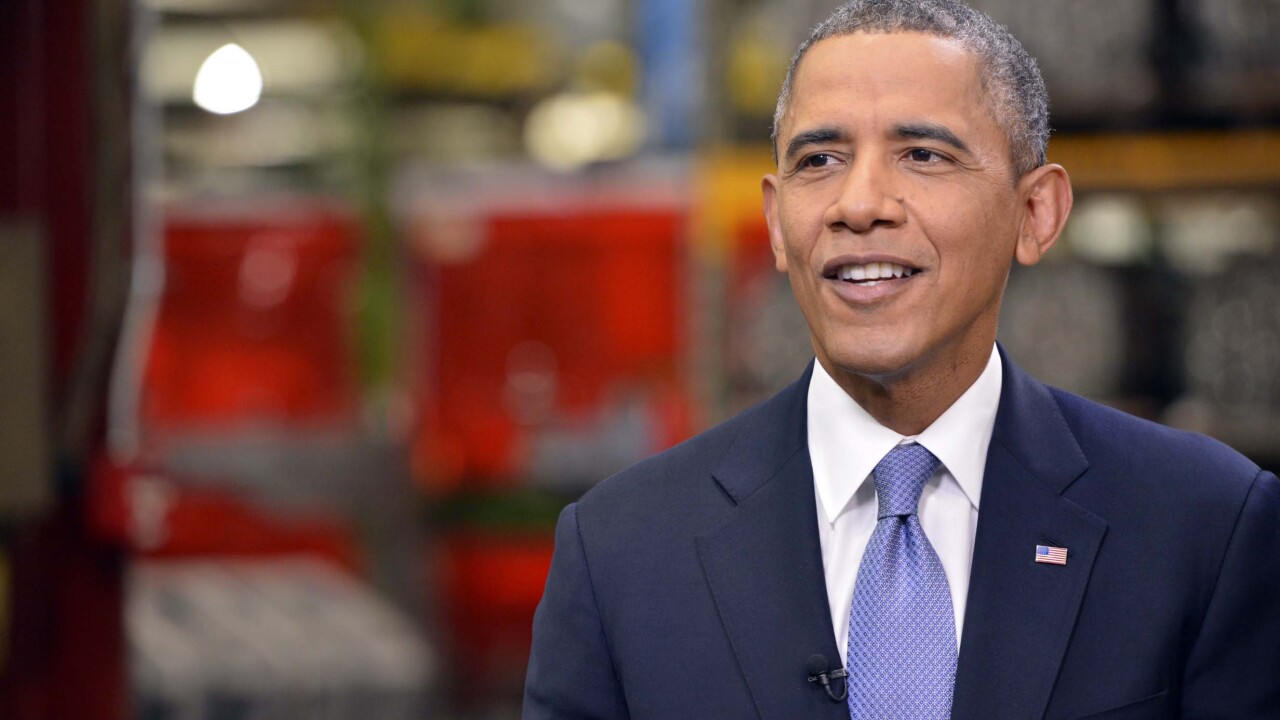 WASHINGTON (CNN) — Call it anything but a warm welcome home.

As President Barack Obama flies back to the nation’s capital after a week long four-country trip to Asia, he’s being greeted with new public opinion poll numbers that are nothing to brag about. And an ABC News/Washington Post survey, coming just six months ahead of the midterm elections, backs up previous polling that suggests that the President and his policies remain a drag on the Democratic party.

According to the survey, released Tuesday, 41 percent of Americans say they approve of the job Obama’s doing in the White House, an all-time low for the President in ABC News/Washington post polling. And Obama’s approval rating is down five-percentage points from the last ABC News/Washington Post survey, which was conducted in late February and early March.

The approval rating is considered one of the best gauges of a president’s standing with Americans and of his clout with lawmakers here in Washington. And during a midterm election year, the approval rating is constantly under the national spotlight, as it’s considered a key indicator of how the president’s political party may fare on Election Day.

The new number is similar to the latest Gallup Daily Tracking poll, released Monday afternoon, which indicated the President’s approval at 43%. Obama’s approval rating has hovered in the low to mid 40’s this year in most non-partisan, live operator, national polling. That’s slightly higher than where the President stood in November and early December, when his approval rating was at or near all time lows in many national surveys.

Obama’s numbers are far below where they hovered early least year, soon after his second inaugural and just a couple of months removed from his 2012 re-election victory, when the President’s approval rating stood at 52% in a CNN Poll of Polls.

But the President’s numbers tumbled after late spring and summer following controversies over the Edward Snowden intelligence leaks and congressional investigations into IRS targeting of conservative political groups. Then came October and the politically charged botched rollout of Obamacare, his signature domestic policy achievement. Coupled with legislative setbacks, many pundits labeled 2013 the worst year of Obama’s presidency.

While the health care exchanges made improvements, and more than 8 million people signed up for coverage through the new law, the President has faced criticism of his handling of overseas hot spots year, such as the crisis in Ukraine. According to the ABC News/Washington Post poll, only 34% of the public approves of how Obama’s dealing with the conflict between Ukraine and Russia, down eight points from early March.

How Obama compares to previous two-termers

Obama’s approval rating is slightly better at this time in his presidency than his most recent predecessor, Republican George W. Bush.

“Low approval numbers usually spell bad news for the president’s party. George W. Bush’s rating was in the low to mid 30’s in April of his sixth year and his party lost control of the House and Senate later that year. Richard Nixon got only a 26% approval rating in April of his sixth year and the GOP got hammered in the 1974 midterms,” CNN Polling Director Keating said.

“On the other hand, high approval rating don’t always help. Ronald Reagan’s approval rating was at 62% in April of 1986 and remained that high throughout the year, but his party still lost seats in the House and lost control of the Senate in the 1986 midterms,” Holland added.

The most recent two-term Democratic president, Bill Clinton, stood in the low to mid 60’s in April of his second year of his second term. That November the Republicans lost five House seats to the Democrats but retained a narrow majority in the chamber. The GOP’s ten seat advantage in the Senate remained unchanged.

The new poll indicates the two major political parties all tied up in the generic ballot, which asks respondents to choose between a Democrat or Republican in their congressional district without identifying the candidates.

Democrats hold a 55-45 majority in the Senate (53 Democrats and two independents who caucus with the party), but are defending 21 of the 36 seats up in November, with half of those Democratic-held seats in red or purple states.

Democrats need a net gain of 17 seats from the GOP to regain control of the House of Representatives. Political handicappers consider that a tall order, considering the shrinking number of competitive congressional districts nationwide.

The economy and health care

More than seven in ten questioned in the poll describe the current state of the economy in negative terms. And just 28% say they think the economy’s getting better, with 36% saying it’s getting worse and 35% saying it’s staying the same. Two-thirds say the country’s headed on the wrong track.

The economy, overall, remains the top issue on the mind of American voters.

Health care is also a major issue for voters this year, and Republicans are making their opposition to the federal health care law a signature part of their election year pitch.

The poll indicates that 44% support the Affordable Care Act, with 48% opposed. A majority (53%) say the quality of the health care they are receiving is staying pretty much the same, but a majority (58%) say that health care costs in the country are increasing due to Obamacare.

The silver lining for the President and his party in the new poll: While his numbers are anything but impressive, the survey suggests Americans trust Democrats over Republicans in some key indicators.

By a 40%-34% margin, the public trusts Democrats over the GOP to handle the country’s main problems. And by large margins, they see Democrats as better on middle class and women’s issues. And they favor the positions of the Democrats over the Republicans on such issues as raising the minimum wage, same-sex marriage, and dealing with global warming.

The ABC News/Washington Post poll was conducted April 24-27, with 1,000 adults nationwide questioned by telephone. The survey’s overall sampling error is plus or minus 3.5 percentage points.