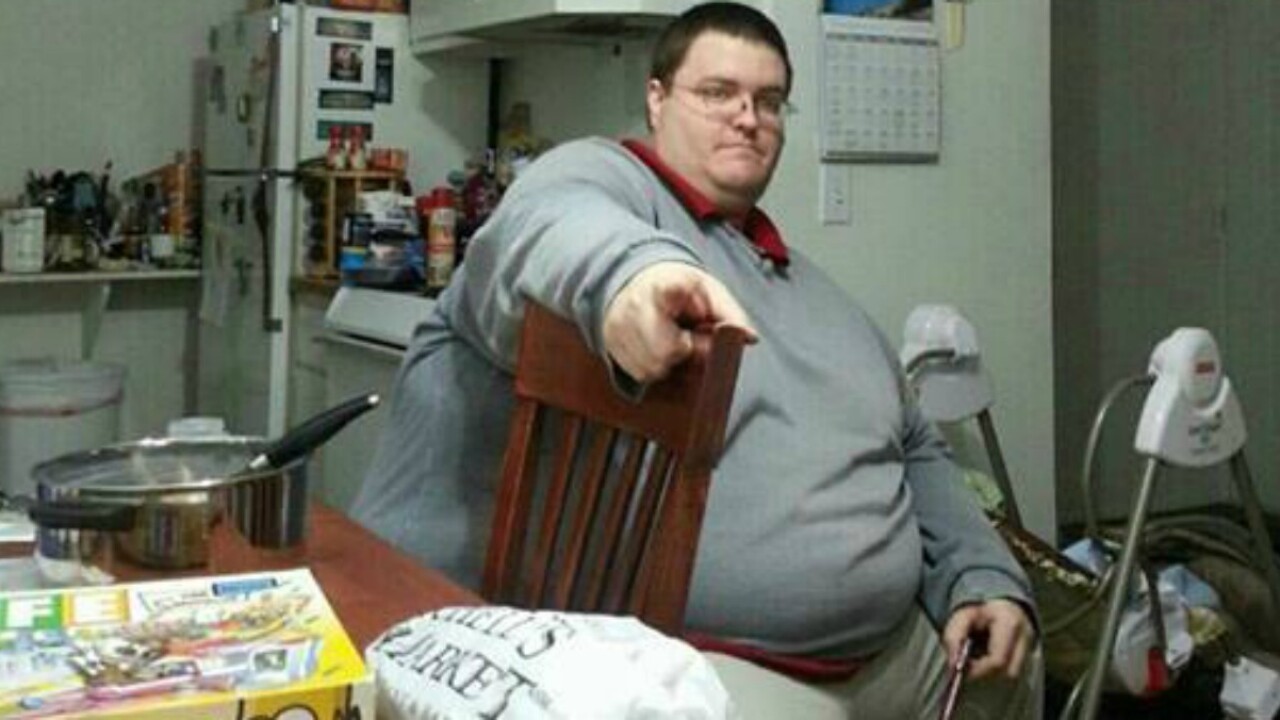 (CNN) — Inspiration can come from unlikely places. Brian Flemming found the will to change his life in a drawing game.

Flemming was addicted to alcohol, severely morbidly obese and full of self-pity when he met Jackie Eastham through a random match on Draw Something, the Pictionary-like mobile game. It was the spring of 2012. Most nights Flemming drank around a fifth vodka mixed with a liter of soda while he zoned out in front of the TV.

The last time he had been weighed, on a special scale at the hospital, he was 625 pounds.

Eastham lived in England and was 20 years Flemming’s senior. At first, the players shared casual banter between rounds. Their friendship eventually moved to Facebook, where they began to confide in each other.

Flemming was at a low point. Besides being an alcoholic and morbidly obese, he was pre-diabetic and had a recurring cellulitis infection.

Eastham was the first person he was totally honest with — no one in his life knew about the drinking. He expected sympathy.

But she wasn’t having it.

“She said there were people struggling for their lives and then there’s you — you have all these opportunities and you’re throwing it all away,” said Flemming, 32, now a business relations representative and part-time music teacher in Canton, Michigan.

It was personal for Eastham, who lives with myotonic dystrophy, an inherited type of muscular dystrophy that causes progressive muscle weakness and can affect various systems and organs. Her symptoms have been relatively mild so far, but she never takes her health for granted.

“I just thought bloody hell, you’re a guy who’s 30 … and you’re wasting your life,” she said, remembering how she felt as the recipient of his drunken, maudlin messages. “My future is a lot gloomier. I’m trying to make the brightest future I can, and … you’re dragging yourself down.”

It was the wake-up call Flemming needed. He’d show her he could change. That day — October 13, 2012 — he vowed to quit drinking cold turkey.

That was the first step toward what would become a remarkable transformation. Less than two years later, Flemming has lost more than 380 pounds from his 6 foot 2 frame. He went from a size 60 waist to a size 38.

The days after he gave up alcohol were grueling, he said. He had cold sweats, shaky hands and couldn’t sleep. He kept busy to distract himself and found comfort in daily chats with Eastham.

They progressed from Facebook to Skype video chats, where Eastham said she was initially shocked by his size.

The weight began to fall off. Without the extra calories from alcohol, Flemming lost 100 pounds in a couple months. That was motivation enough to make other changes. He had been consuming upwards of 7,000 calories a day, according to an app he used to record his meals. He stopped eating fast food and cut out sugar and red meat.

Now, a typical day for Flemming starts with a few ounces of low or no-sodium turkey breast, a serving of dry cereal, a bowl of non-fat Greek yogurt with artificial sweetener and a glass of low-sodium vegetable juice.

For lunch and dinner, he often eats chicken and vegetables with rice. And every Friday night, he treats himself to a scoop of ice cream. Now that he’s doing more exercise, he’s not as strict about his diet.

Adding in physical activity was a gradual process. Flemming says he began by walking in place in his parents’ basement for five minutes a day every morning, adding minutes as he felt ready. When he was finally comfortable to exercise outside, he only went when it was dark and the neighbors couldn’t see him. Eastham kept him company on Skype sometimes while he walked.

“She was a huge motivation. She’d try to push me to walk a little further each time,” he said.

In July 2013, he walked his first half-marathon. Shortly after that he took up cycling, and then running, completing his third 5-kilometer run on his birthday a few weeks ago. He used running and calorie tracker apps to stay accountable and started seeing a psychotherapist to manage his depression and make sure he was approaching his weight loss in a healthy way.

Eastham said she encouraged it, not wanting him to be dependent on their friendship to stay sober and motivated.

Flemming is now down to 234 pounds, with about 30 pounds of excess skin around his waist. He’s trying to save the money for surgery to have it removed.

This past December, he went to Europe and finally met Eastham in person, where he was able to climb the Eiffel Tower after barely being able to walk up a flight of stairs less than two years earlier. They continue to talk every day — and are still playing Draw Something.

Flemming now hopes to go back to school to become a therapist specializing in weight loss, depression and anxiety.

“Jackie is the best thing that’s ever happened to me. I feel that she saved my life, even though she would never take credit,” Flemming wrote in a blog post.

“Brian is so inspiring,” Eastham said. “I hope he gets what he wants out of life.”