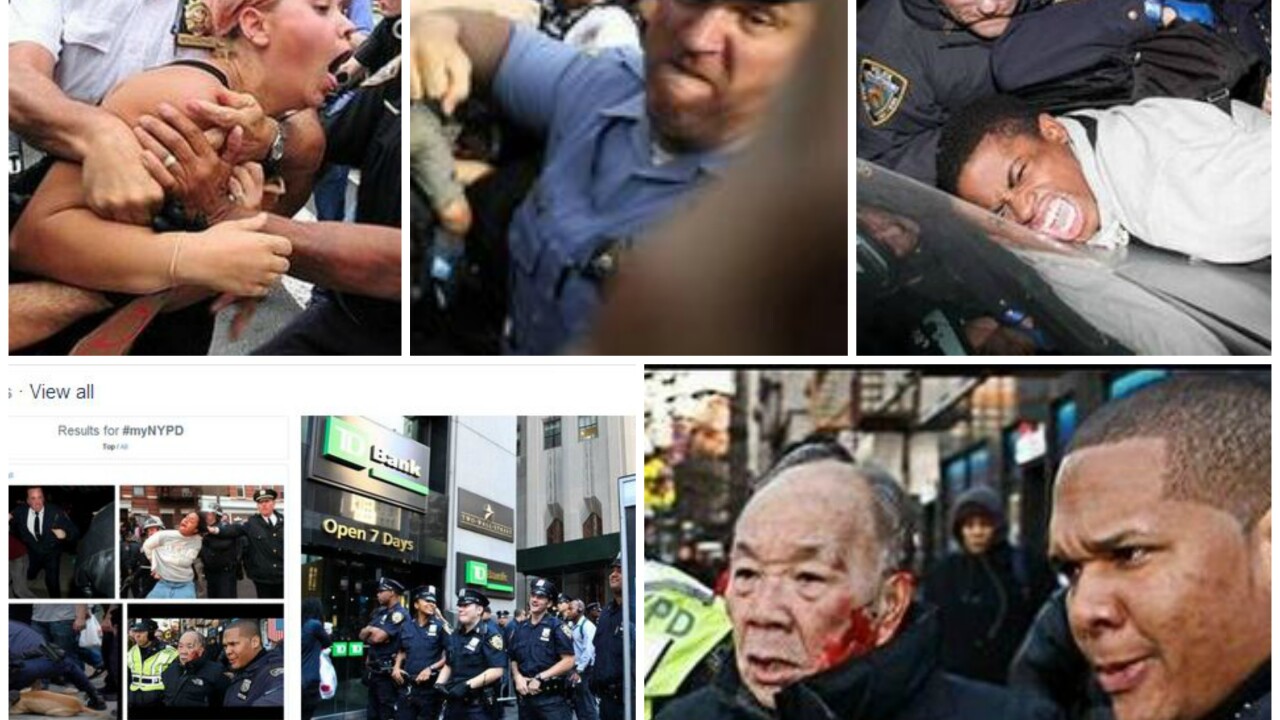 The tweet heard around the world, or the sound of an idea plummeting from its original conception to a very low point, was first fired off Tuesday afternoon.

The premise was simple: the New York Police Department wanted the public to submit a picture of New York City citizens with any of its officers. They created a hashtag: #MyNYPD

Do you have a photo w/ a member of the NYPD? Tweet us & tag it #myNYPD. It may be featured on our Facebook. pic.twitter.com/mE2c3oSmm6

The social media campaign took a sharp turn, as people began to submit photos of what they said were examples of police brutality. The hashtag thread is currently bombarded with trolling comments.

A few people did submit photos taken with officers of the NYPD, those are below. The NYPD has so far ignored the ones featuring brutality and is retweeting the ones that capture the moments which they were looking for originally.

***Warning, some images are violent***

Here the #NYPD engages with its community members, changing hearts and minds one baton at a time. #myNYPD pic.twitter.com/GErbiFFDvY

Free Massages from the #NYPD. What does YOUR Police Department offer? Tweet at #MyNYPD pic.twitter.com/IFWr8exuqH

how #myNYPD treats 16 year olds who say "no" to being stopped and frisked: https://t.co/awb00Qxeon pic.twitter.com/MhyArnHKXK

"And we're going to have to run you over, just for good measure." #myNYPD pic.twitter.com/q6JMNAajxb

Yours truly. RT @NYPDnews: Do you have a photo w/ a member of the NYPD? Tweet us & tag it #myNYPD. pic.twitter.com/olAxGgU4Hs

@nypdnews Is that the one your public relations people requested? #mynypd pic.twitter.com/ZXrXS9k9LO

#NYPD Keeping the Streets Safe. Show some love, and send your pics with #MyNYPD hashtags! pic.twitter.com/Sk31xWjQMp

Need a mammogram? #myNYPD has you covered! Forget Obamacare! pic.twitter.com/Fusv3WhiRZ

Here are the ones that went the way the NYPD had hoped.

“@poshwonderwoman: @NYPDnews my photo from my ride along with the boys from the 90th pct #myNYPD pic.twitter.com/6ZPk1ozT7m”