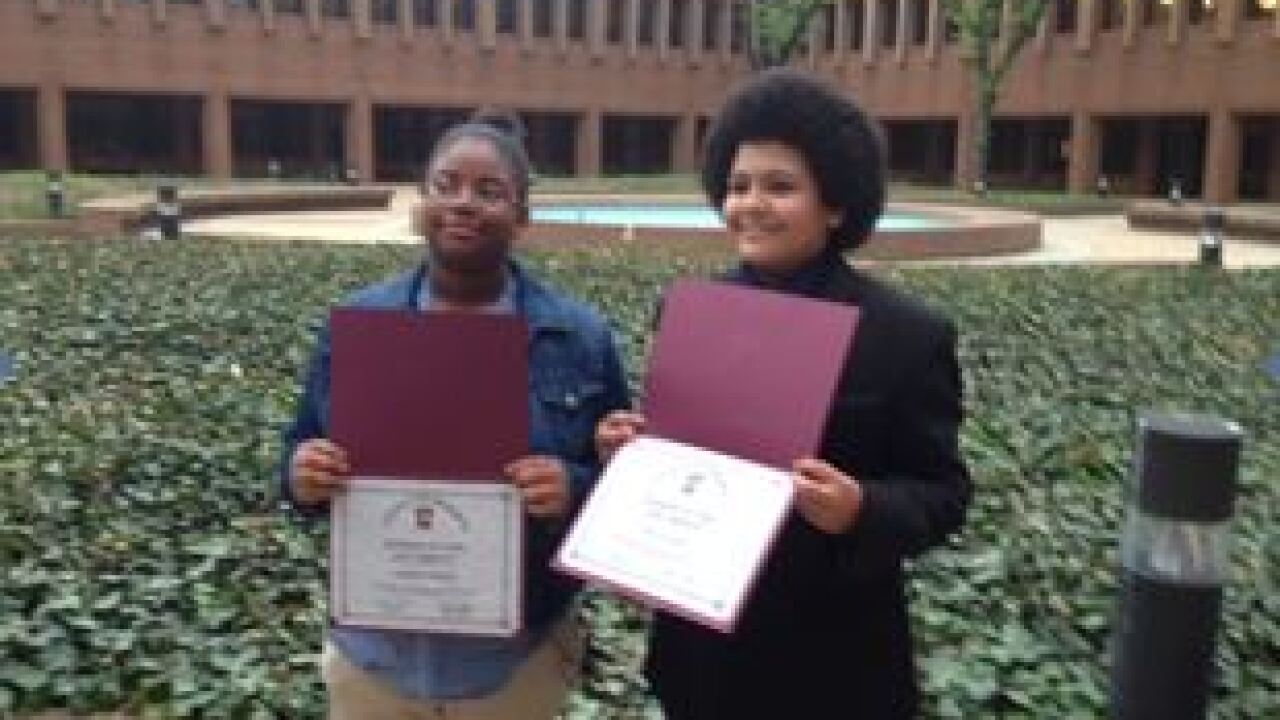 HENRICO, Va. (WTVR) — Two teenage heroes received a Special Commendation at the Board of Supervisor’s meeting Tuesday, for taking quick action when they noticed a fire.

Over a week ago 13-year old Tre Crusan and 12-year old Yamira Sinker were walking by an apartment building at White Oak Apartments.

As they approached the building they saw smoke coming from a window of the second story apartment.  The two immediately called 911 to report the fire.

They then ran into the building and knocked on all of the apartment doors in an attempt to alert everyone of the situation. All occupants in the other apartments were able to make it out of the apartment building uninjured.

Tre and Yamira waited outside for fire crews to arrive to give them a report of the actions they had taken.

Inside crews found a small fire in one of the bedrooms and were able to bring it under control quickly to prevent the spread to the other three apartments in the building.

The apartment where the fire originated was the only apartment to suffer fire damage. No one was home at that apartment at the time of the fire.

Because of Tre and Yamira’s actions, firefighters were able to catch the bedroom fire in the early stages.  The fire was contained to the room of origin and damage was very limited in the rest of the apartment building.

“Tre and Yamira, we are very proud of you and we want you to know that you did exactly the right thing,”  Chief McDowell commented.

Both Tre and Yamira are students at Fairfield Middle School.  While in elementary school they both received training as Junior Fire Marshals.