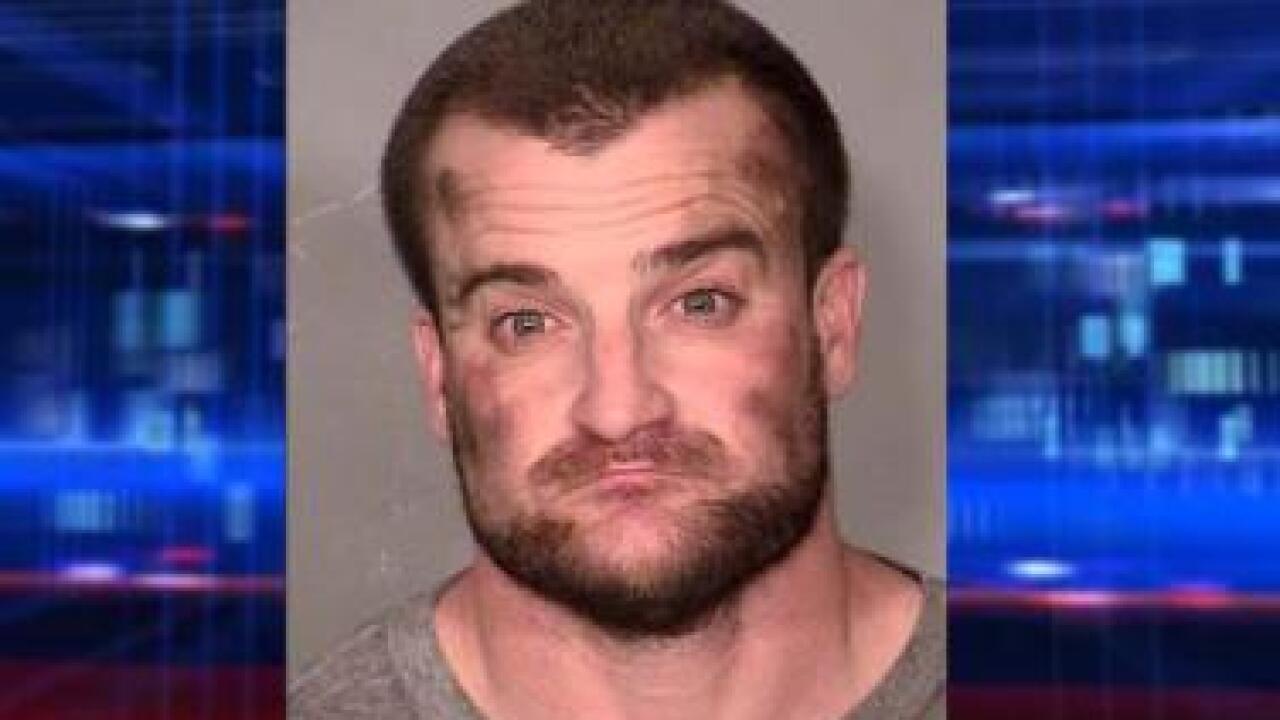 Las Vegas (KVVU) — According to a criminal complaint obtained by FOX5 on Monday, reality television star Timothy Zickuhr is facing charges in connection with an incident involving a Las Vegas prostitute in late 2013.

Zickuhr is a star of Ice Road Truckers, which airs on cable channel History.

According to Zickuhr’s arrest report, on Dec. 19, 2013, a Las Vegas Metro police officer received a call from a man who said he, “…had Snow White, and if [the officer] didn’t bring $1,000 to a phone booth at Lynwood and Sahara, he was going to go to Mexico to kill Snow White.”

According to the report, “Snow White” is a Las Vegas prostitute whom the officer had given his phone number to in case she encountered trouble.

Police said Zickuhr continued to threaten the prostitute before briefly putting her on the line. She said, “Help me, he going to kill me,” according to the report.

After two more phone calls between Zickuhr and the officer, the officer was instructed to meet Zickuhr behind the Eureka Casino on Sahara Avenue in Las Vegas, the report stated.

Police met Zickuhr behind the Eureka and, following a brief foot chase, he was taken into custody.

According to the prostitute, she had agreed to meet Zickuhr at his Las Vegas apartment the day prior. She said he let her use his ATM card to retrieve money to pay for sex acts. Later, Zickuhr contacted the prostitute again, claiming she had withdrawn too much money and he wanted it back, the report said.

Snow White said she met Zickuhr, got into his car and went back to his apartment, where he punched her in the face and threatened to kill her. She went on to say Zickuhr locked her in a closet and instructed her to provide him with the phone number of someone who could pay the money owed him.

That’s when, according to the report, the prostitute provided the phone number of the police officer she knew.

The report further states that before Zickuhr met with officers at the Eureka, he made the prostitute jump from a second-story bedroom window of the apartment.

Zickuhr is charged with first-degree kidnapping, extortion and coercion.

He is scheduled to appear in court in May.