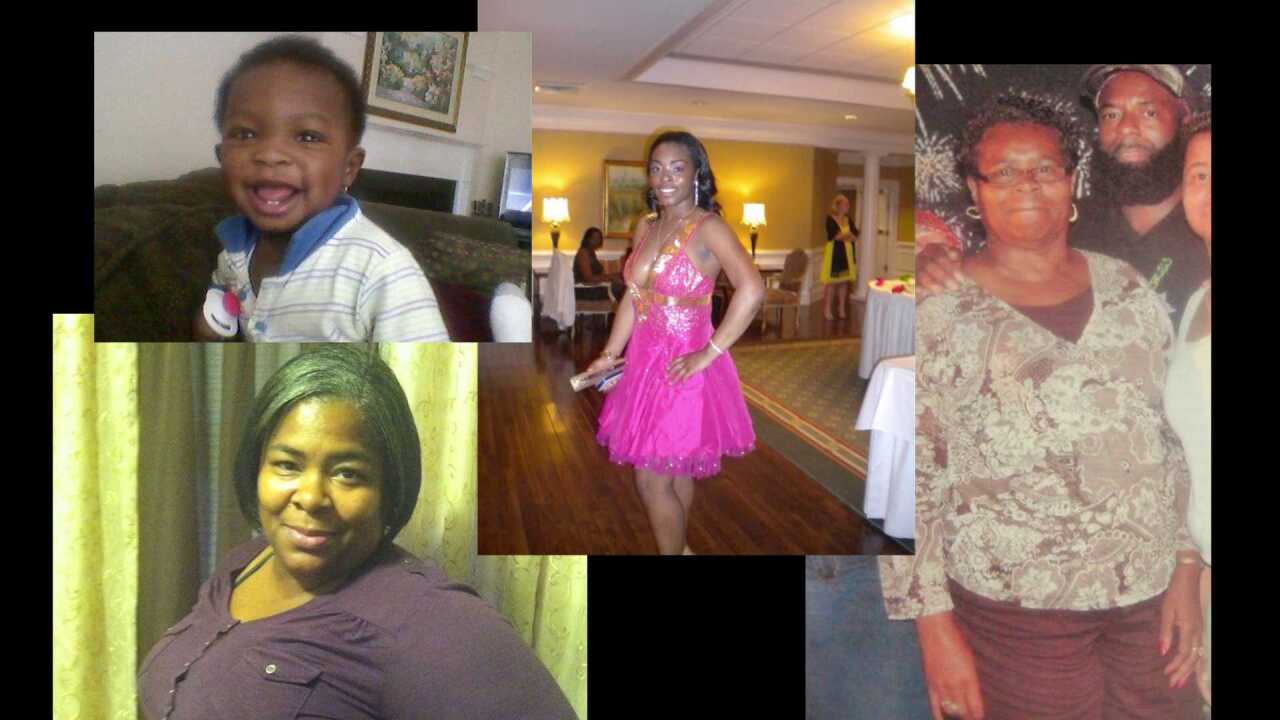 The victims of Harding Street

PETERSBURG, Va. (WTVR) - Tuesday evening, the U.S. Marshals announced a $5,000 reward for information that leads to the arrest of Alexander Hill Jr.

A search warrant obtained by CBS 6 News on Tuesday provided some details about the investigation into the deaths of four people found inside a burning home on Harding Street in Petersburg Saturday morning.

"During my investigation I observed that the [Harding Streert] residence had heavy fire damage on the inside," Petersburg detective Dale Eichler wrote in his search warrant application. "I located four deceased victims inside of the residence."

While Petersburg Police have not officially released the names of the victims, family members identified them as Pauline Wilkins, her daughter Vickie Ansar and Ansar’s children Tanique and Delvari Chavis. Delvari Chavis was two years old.

The victims of Harding Street

"I was able to observe wounds on two of the victims consistent with puncture wounds," the detective continued. "A large knife with red stains was located at the scene."

The detective said he learned from a witness identified as "V.C." that she had received "several recent threats" from her ex-boyfriend Alexander Hill Jr. She said Hill threatened he was "going to kill her and everyone in her family."

Vivian Chavis mourns the loss of her mother and other relatives.

Vivian Chavis, who was scheduled to meet Hill Monday in Petersburg court to finalize her protective order against him, spoke out about the deaths of her mother and other relatives.

“I lost everything. The love of my life, my mother, was everything to me,” Chavis told CBS 6 senior reporter Wayne Covil.

During the course of the investigation, detectives learned Hill lived at a home on S. Valor Drive. Detective went to the home to search for evidence.

According to the search warrant, detectives removed the following items from the S. Valor Drive home:

The search warrant also indicated that a cell phone belonging to Hill was located by officers during their investigation.

A text message on this phone showed that a text message was sent from his phone to witness “J.K's” phone on April 19 at 3:30 a.m. displaying a text of : “Hey Brother.  I am here!  My destination. Should things go as I have planned I no longer exist.  That’s right claim my remains and ensure they are creamated. Get over to my house and remove everything.”

Police and US Marshals are still looking for Hill. He is considered armed and dangerous.

In addition to being named a person of interest in this case, Hill was also wanted for violating a protective order, providing false information to police and assault.

He has known connections in the Richmond area, Newport News, Virginia Beach and Trinidad.