‘Game of Thrones’: George R.R. Martin on that controversial scene 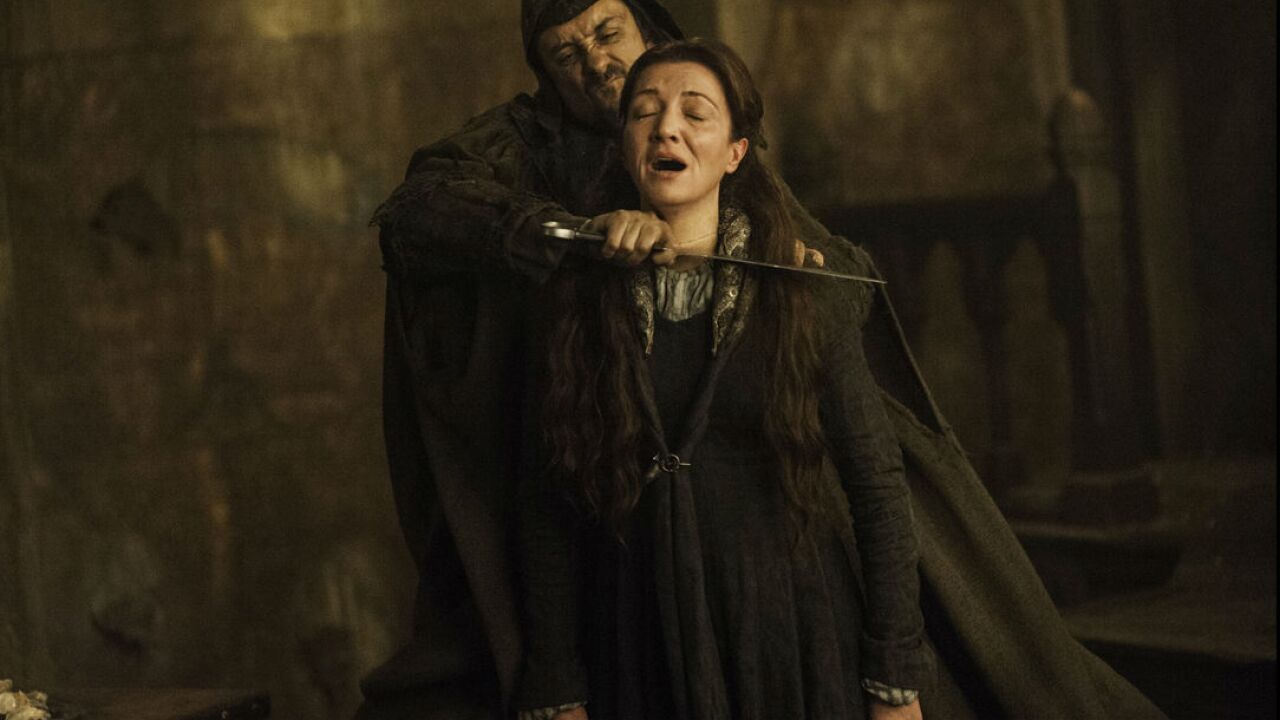 “Game of Thrones”: The blood flows freely on this popular series, especially during the recent shocking “Red Wedding” scene.

(CNN) — “Game of Thrones” has never strictly followed the book series it’s based on, but that fan frustration turned disturbing on Sunday’s episode.

In the third installment of the fourth season, “Breaker of Chains,” fans were flabbergasted by a scene in which Jaime Lannister (Nikolaj Coster-Waldau) forces himself on his sister, Cersei (Lena Headey). It wasn’t the incest viewers were taken back by — Jamie and Cersei’s relationship is a crucial thread in the books and on the HBO series — but the rape.

It was a confusing and jarring plot twist, not only because Jaime and Cersei’s trysts have been consensual, but because the scene doesn’t play out that way in George R.R. Martin’s “A Song of Ice and Fire” series.

As excerpts show, Martin did envision Jaime being the more enthusiastic participant at this point in the story, and Cersei as more hesitant. But, as Martin makes clear on his blog, she wasn’t raped.

“Though the time and place is wildly inappropriate and Cersei is fearful of discovery, she is as hungry for him as he is for her,” he says.

That said, “Game of Thrones” has made some chronological changes to the storyline, meaning “neither character is in the same place as in the books, which may be why (the scene) played … differently,” Martin went on. “But that’s just my surmise; we never discussed this scene, to the best of my recollection.”

It sounds like the director and the two actors starring in the scene didn’t talk much about it either. As the episode’s helmer Alex Graves told HitFix’s Alan Sepinwall, “nobody really wanted to talk about what was going on between the two characters, so we had a rehearsal that was a blocking rehearsal. … By the time you do that and you walk through it, the actors feel comfortable going home to think about it. The only other thing I did was that ordinarily, you rehearse the night before, and I wanted to rehearse that scene four days before, so that we could think about everything. And it worked out really well. That’s one of my favorite scenes I’ve ever done.”

Graves also appears to have a different understanding of what was portrayed on screen. “Well, it becomes consensual by the end, because anything for them ultimately results in a turn-on, especially a power struggle,” he said.

Although Martin didn’t have a conversation about the controversial moment before it arrived on air, he did always intend for that moment “to be disturbing,” the author says on his blog. “But I do regret if it has disturbed people for the wrong reasons.”