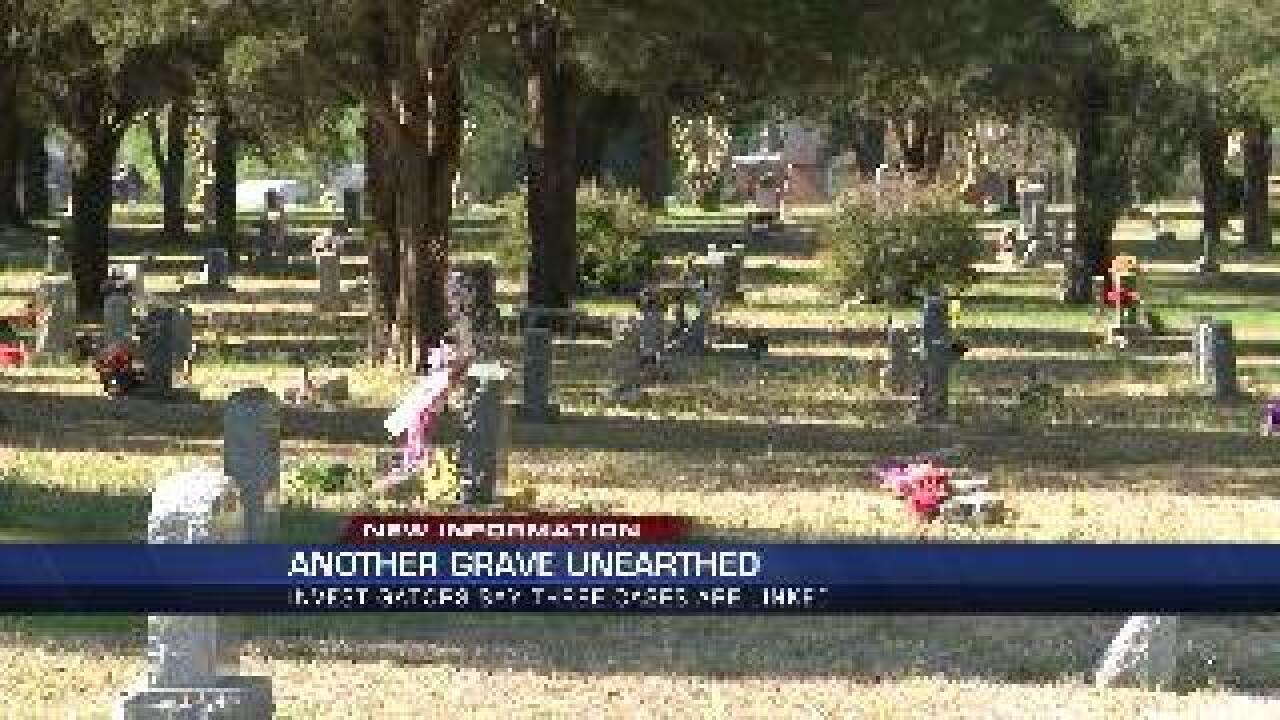 Ida Perry's grave was dug up in Waverly Cemetery and a Virginia State Police investigation is now underway.

"It did something to me, I don't know a person in their right mind that would do something like this," the 61-year-old man said, still in shock.

The discovery comes about a month after two graves were found dug up in Mecklenburg County, about an hour away.

Town workers discovered the grave dug up Monday morning; the top to the vault broken up, and the casket dented.

Waverly Police were called and they requested the State Police take over the investigation.

While the investigation, and re-internment took place Monday afternoon, State Police were in contact with Sheriff's Investigators in Mecklenburg County.

In March, a woman's grave was found to have been dug up and filled back in.

The next day, five miles away, an infant's grave was discovered to have been dug up.

No arrests were made, no other cemeteries reported anything suspicious and neither did adjoining counties, that were asked to check-on on their cemeteries.

That all changed Monday.

"We compared notes of what was going on in Mecklenburg, what they had found here and tried to find any similarities they might have" said Lt. Chris Whittemore, the lead investigator on the case for Mecklenburg County Sheriff's Office.

Lt. Whittemore says the three people buried in the three graves were not related in any way with each other and say the only connection now, is they believe the same people are responsible for digging up all three graves.