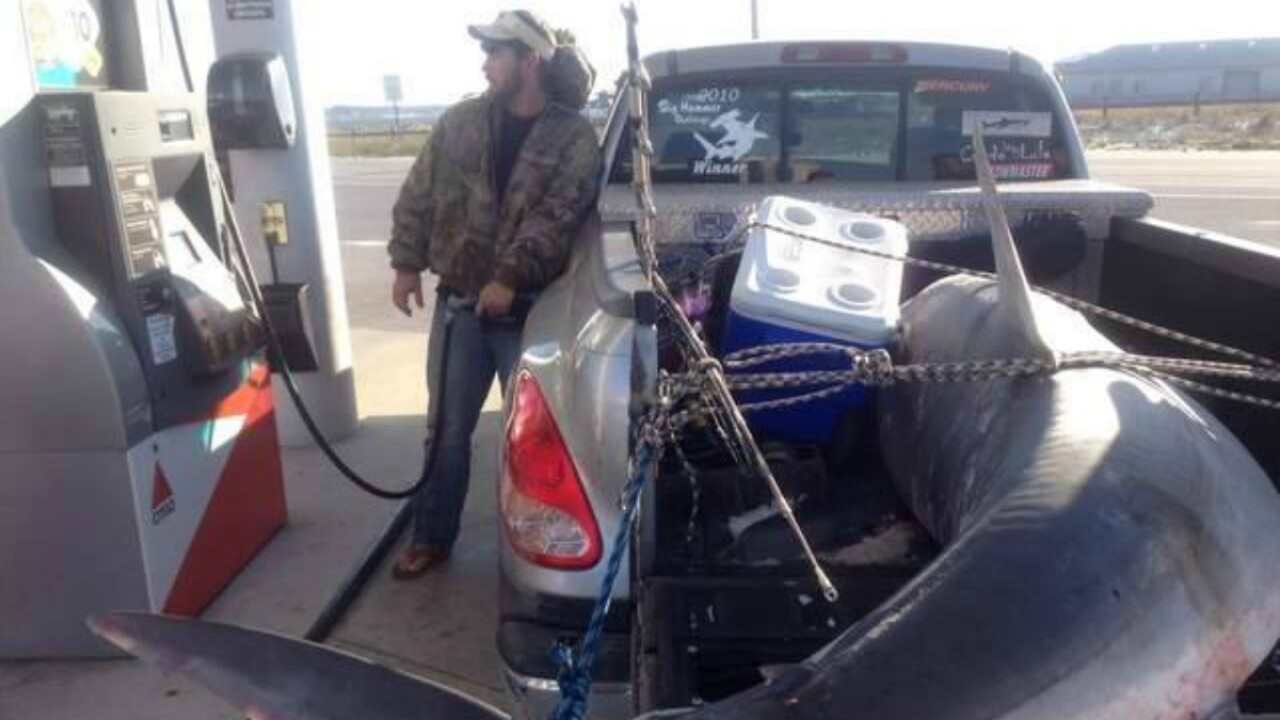 MILTON, Fla. (WKRG) -  A Florida fisherman made the catch of a lifetime -- an 800-pound shark. Joey Polk reeled in the 805-pound Mako shark last week.

Polk and his friends would have rather their catch go unnoticed.

Someone snapped a photo of the shark while the fishermen stopped to get gas. They posted the photo on social media and the story went viral.