Meg Menzies’s husband: ‘I just want to feel her when I’m running’ 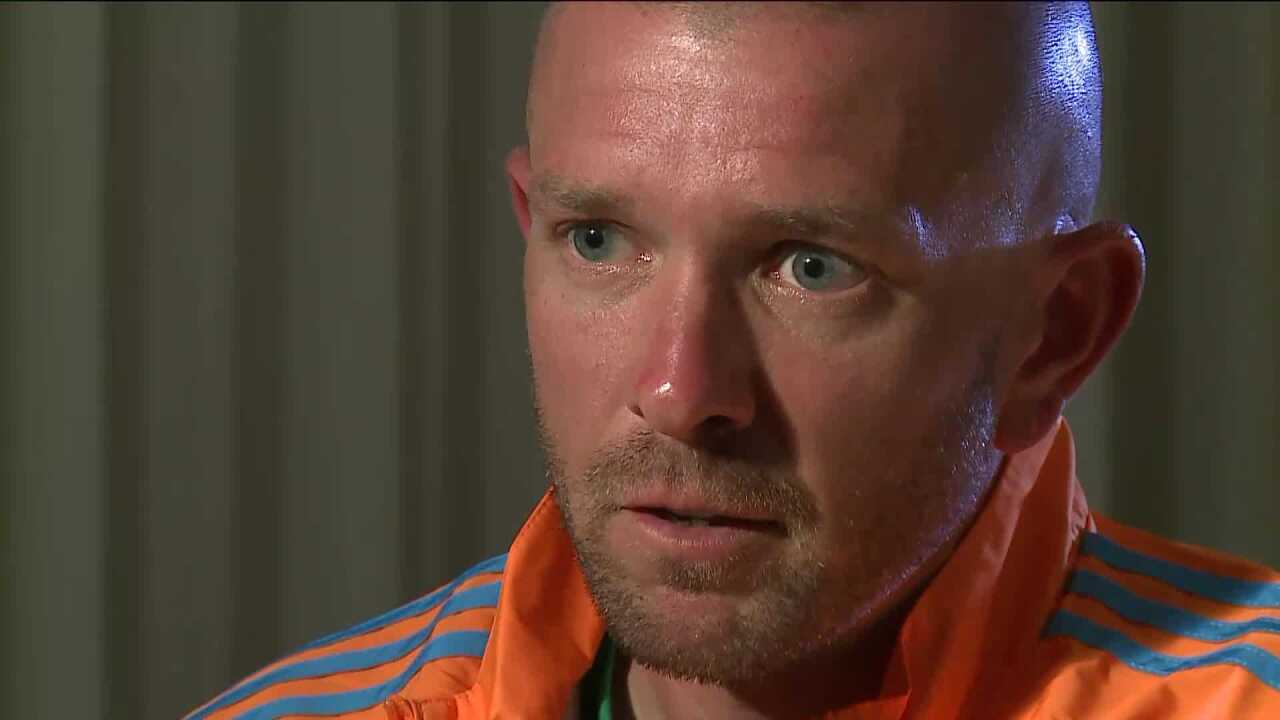 BOSTON (WTVR) - Four months after she was killed while on a morning run in Hanover County, Meg Menzies was remembered more than 500 miles away during Monday's running of the Boston Marathon.

Meg's husband, Ashland Police Officer Scott Menzies, wore the Boston Marathon race bib Meg wore during the 2012 race while he ran Monday's marathon in her place and her honor.

Meg Menzies was killed while running in January 2014.

Days after Meg was hit and killed by an SUV driver accused of driving under the influence, Scott asked Boston Marathon organizers if he could run the marathon in her place.

"It will be one of the most important days probably of my life," he said. "I want to run it for her, to finish what she started."

Scott Menzies, interviewed in Boston prior to the marathon by CBS 6 anchor Greg McQuade, said the trip to Boston brought back happy memories.

"This entire trip here, I've seen things that I remember from 2012 when we came. I have pictures still on my phone of Meg picking up her race packet and her bib," he said.

Scott Menzies is not alone in honoring Meg's memory.

"It's breathtakingly beautiful," Kelly said about the 1400-shoe memorial that sits near the Boston Marathon start line in Hopkinton, Mass. "The energy that radiates off this structure pulls people in."

Kelly said she received shipments of shoes from places likes Australia, Austria, Canada, Germany and Hawaii. While some shoes crossed the ocean before arriving in Boston, Kelly said many of the 700 pairs of shoes that make up Soles of Love came from Virginia.

"We have so many shoes on this structure from Virginia, it's crazy," Kelly said. "The Richmond area in particular."

Over the weekend, members of the Richmond Roadrunners Club visited Kelly and Soles of Love to add their own shoes to the memorial.

"I just said 'I love you' because I feel like we don't say that enough to the people that we love," Heather Kloepping said about her meeting with Kelly.

"I can't imagine their loss," Kelly said. "I am moved to tears and I did not know Meg."

As tens of thousands of runners passed Soles of Love Monday, Kelly hoped each runner would take Meg's story with them on the marathon route.