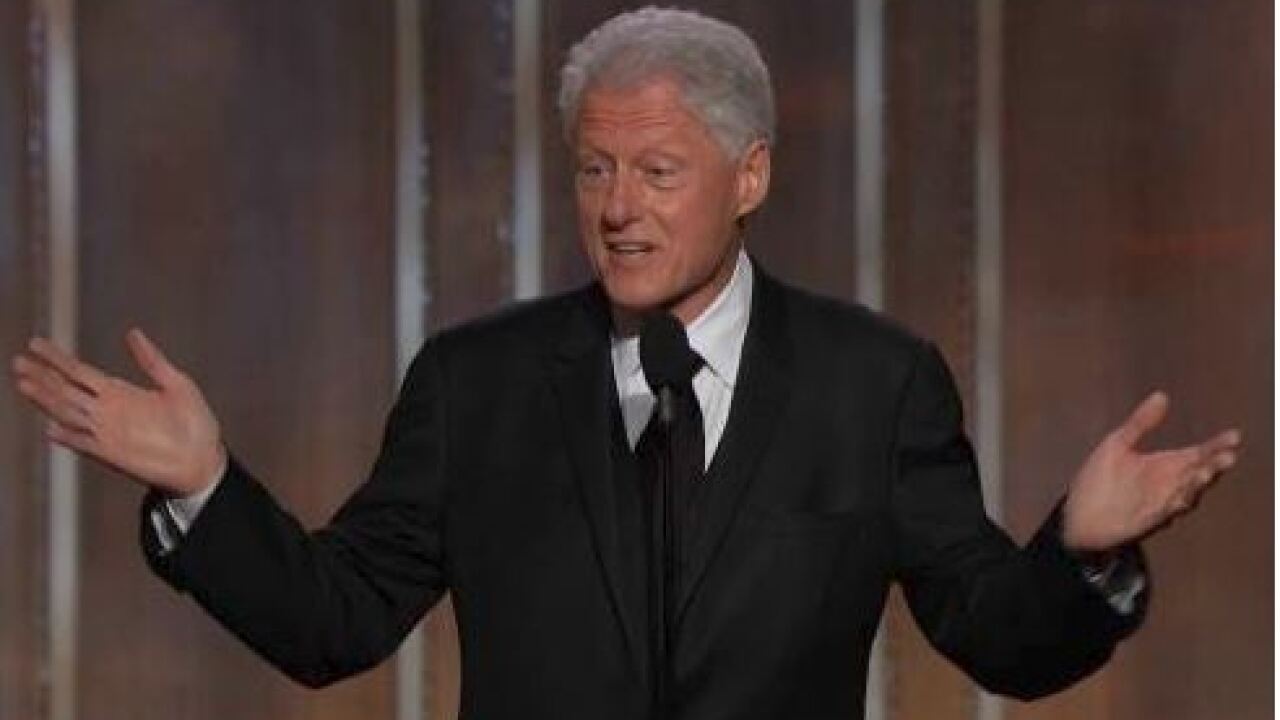 Clinton said Snowden’s release of highly classified surveillance programs that include the surveillance of Americans “has raised all of these questions about whether we can use technology to protect the national security without destroying the liberty, which includes the right to privacy, of basically innocent bystanders.”

The Obama administration maintains that Snowden, who is seeking asylum in Russia, is a criminal and should be tried in the United States, but sympathizers concerned over the scope of U.S. surveillance defend Snowden as a whistleblower.

Speaking to an arena full of students at the U.S. Naval Academy in Annapolis, Maryland, Clinton said he thinks President Barack Obama “is taking this very seriously and has made some important recommendations in terms of more vigorous oversight with special FISA courts and more transparency.” but Clinton indicated that reforms need to go further.

“But I also think we’re going to have to find a way to design systems so that it’s clear to people they protect both personal privacy and national security.”

The 42nd President said, “We cannot change the character of our country or compromise the future of our people by creating a national security state, which takes away the liberty and privacy we propose to advance.” On the other hand, he said, the U.S. can’t “look like fools” by missing important intelligence.

“If what we need to know is patterns of communication between known terrorists in other parts of world with people in otherwise peaceful parts of the world including the United States, there has to be the way to design these systems and pay a little more money to do it so that we don’t kill the goose that laid the golden egg,” he added.

His wife, Hillary Clinton, was part of the national security apparatus during her four-year tenure as secretary of state. In October, she said that the revelations of widespread surveillance revealed by Snowden unleashes the need for a national discussion.

Hillary Clinton is also contemplating a presidential run in 2016 and the issue of national security and surveillance could be an important issue, especially in the Democratic primary where more liberal Democrats tend to be critical of U.S. surveillance programs and sympathetic to Snowden.

Bill Clinton was speaking at the Forrestal Lecture, named after James Forrestal, the first Secretary of Defense. Hillary Clinton spoke at the event in 2012.