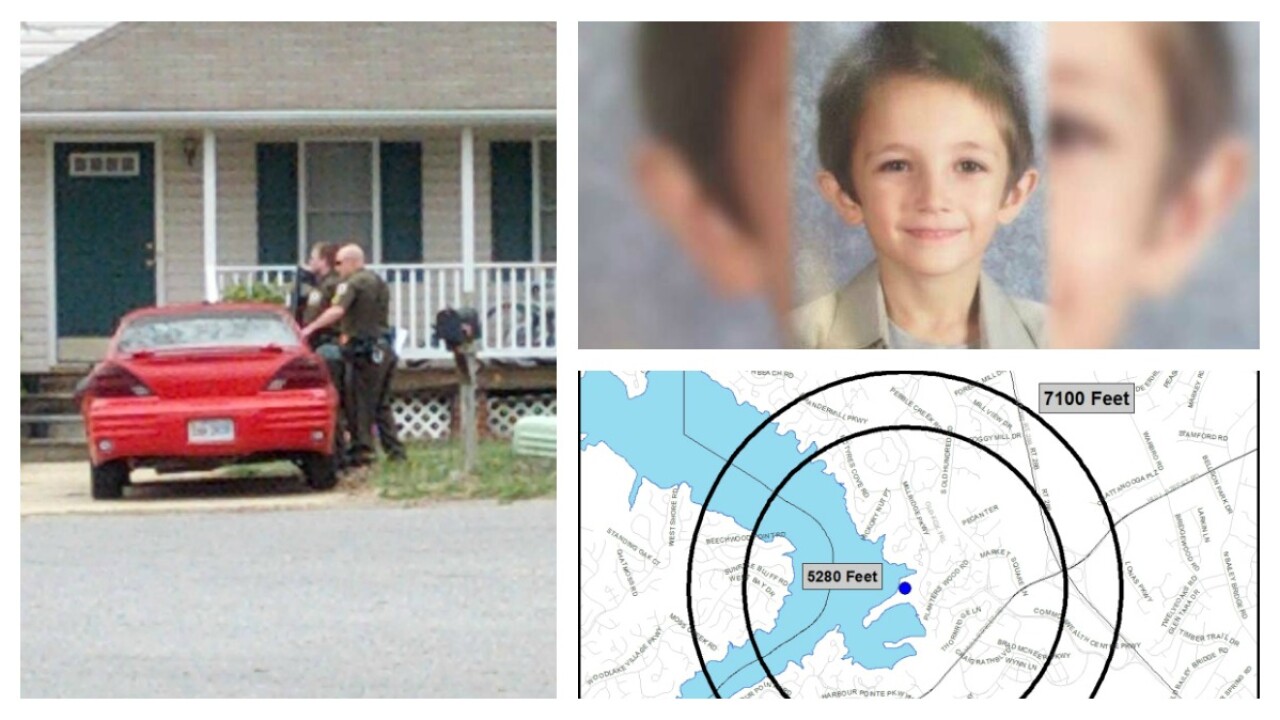 CHESTERFIELD, Va. (WTVR) – Chesterfield Police have told Brendon Mackey's mother there is a person of interest in her son's case, his mother confirmed to CBS 6.

Mackey is the seven-year-old boy killed by celebratory gunfire as he walked with his father to see fireworks at the Boathouse in Brandermill, on Fourth of July.

At a press conference Friday, Chesterfield Police were semantically cautious, and preferred to use the word "lead" over person of interest, which is what CBS 6 reporter Jon Burkett was initially told by police that they had, and person of interest is the term that Mackey's mother confirmed police used when they talked to her.

C'field Police: We want to clarify there is no suspect/person of interest in Mackey case. @CBS6

Mackey's mother said the case detective told her about the update on Tuesday.

"Police told me there was a person of interest in 2013 and when they went to him he wouldn't turn over the gun, but they arrested him recently on a firearm charge," Mackey said.

Right now, former Chesterfield firefighter John Gardner II is being heldat the Riverside Regional Jail. Last Tuesday he was arrested and charged with DWI, and leaving the scene of an accident.

But two days later, police were called to his Ashbrook community home, adjacent to Woodlake, for another reason.

What they found may help them solve a mystery that has haunted central Virginia for the last nine months.

Police were called to the former Chesterfield firefighter's home about three in the afternoon, a week ago, after neighbors reported hearing shots fired.

According to an affidavit, a woman who was inside the house told police it was Gardner who fired the gun. Officers then entered the home to check on his welfare, and found a gun lying next to him, with a bullet ricochet mark on the tile floor and a bullet hole in the wall, according to the affidavit.

Gardner was charged with shooting into an occupied dwelling. In addition to attempted malicious wounding times three, he has been charged with use of a firearm in commission of a felony, felony child endangerment times two, and violation of a protective order times two.

CBS 6 was there to shoot exclusive video of a handcuffed Gardner being put into the back of a police cruiser outside his home. [COMPLETE COVERAGE: CBS 6 legal analyst on “lead” in Mackey case]

Chesterfield police forensics officers spent hours removing bullet fragments from the wall, along with other evidence.

Chesterfield police said the bullet that struck and killed Brendon Mackey was fired from a .40-caliber gun.

Police said the .40 caliber gun they took from Gardner is undergoing testing and is the eigth weapon they've sent to the lab in the past nine months, since the shooting.

Gardner`s home is located just outside a search radius that Chesterfield police and agents have been canvassing for nearly nine months.

They’ve gone door to door, looking for the person and weapon that fired the lethal shot.

While investigators are now calling him a person of interest in the case, police have not yet named Gardner as a suspect, but police tell us the rounds found inside his home has piqued their interest - saying it's something they cannot overlook.

This news comes the week that Governor Terry McAuliffe signed SB 65, or "Brendon's Law" into effect.

Click here for complete coverage of the Brendon Mackey case. Stay with CBS 6 News and WTVR.com for the latest developments of this story.