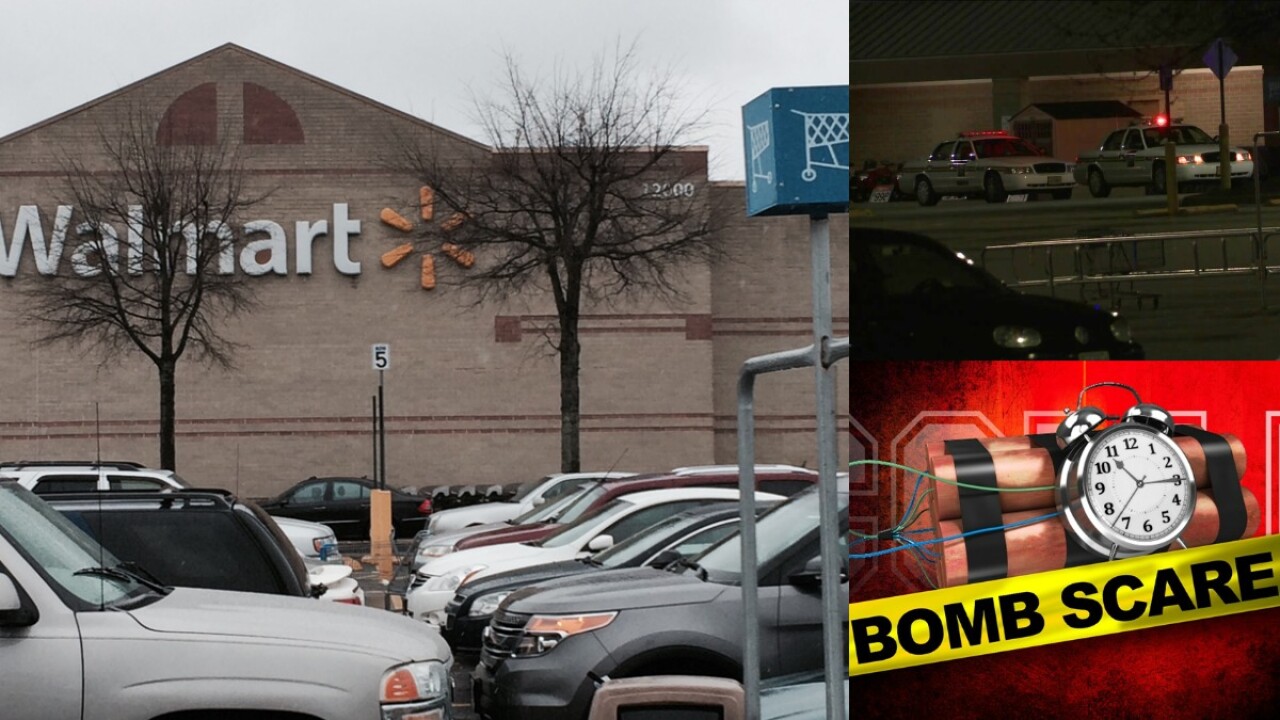 CHESTERFIELD, Va. (WTVR) -- A Walmart in Chesterfield was evacuated for the second time in three days after another bomb threat was reported Sunday afternoon.

This is the same Walmart where someone threatened to throw a bomb into the store last Thursday night, according to Chesterfield police.

Employees and customers were ordered out of the store around 10:30 p.m., but police found nothing suspicious when they searched the store.

Chesterfield police said this is an ongoing investigation.

Check back with WTVR.com and watch CBS 6 News at 11 p.m. for updates on this developing story.