State Med-Flight could be chopped if Chesterfield pinches funding 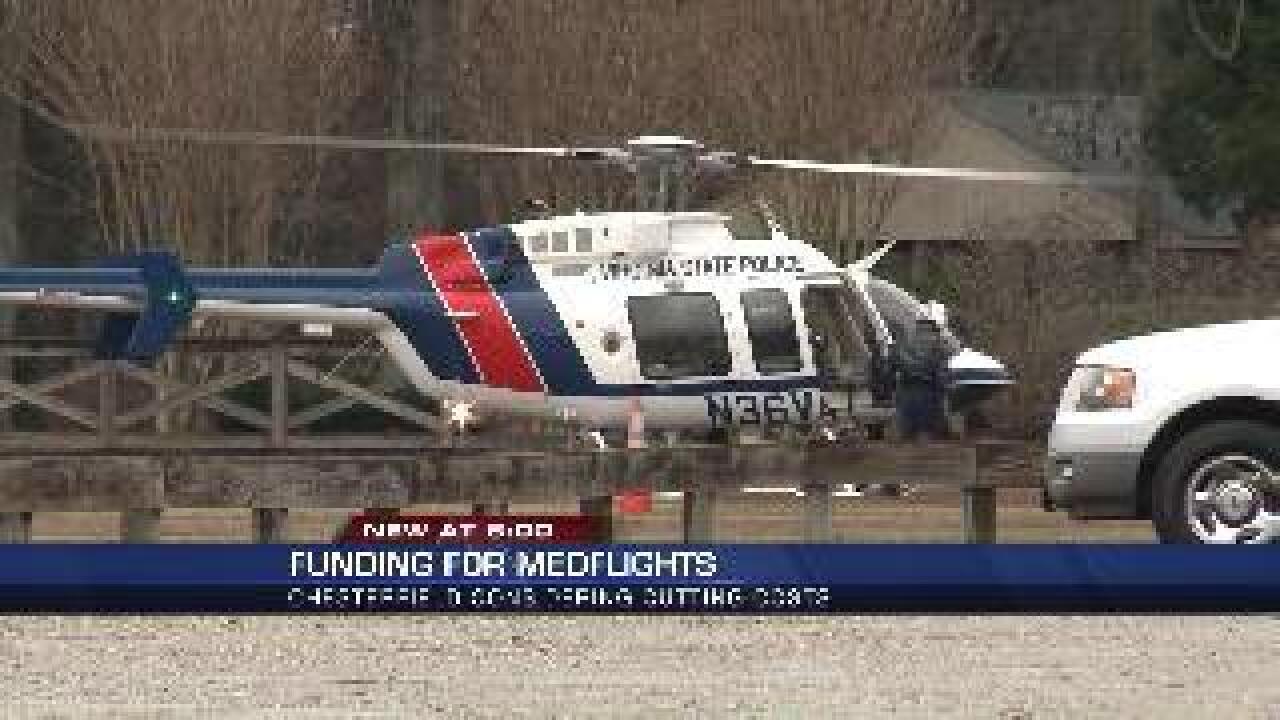 CHESTERFIELD COUNTY, Va. (WTVR)--Med-Flight is more than just a medical transport, but its funding could be cut.

In 1998, Harrison was a Dinwiddie County teen helping clean some brush when he was badly burned.

"I was a burn victim and the closest burn center was roughly 40 minutes away by ambulance versus ten minutes by flight" he says, standing near where the helicopter landed on that August day.

Speed is the key to Medflight, getting critical ill or injured patients to trauma centers here in Richmond.

The helicopter belongs to the Virginia State Police, who provide the pilot and fuel and it is often used to aid law enforcement across central Virginia.

But when it began it's flights in 1984, Chesterfield County stepped up and provided the paramedics on board for the medical calls.

As the years went by, the helicopter sees more use, especially in the rural areas, like Lunenburg County, where a ground ambulance would take nearly 90 minutes to get to VCU Medical Center, versus a 20-25 minute flight in the helicopter.

While other cities and counties provide some financial help as well as paramedics, they'd now like to see other localities provide more support.

Their current budget reflects the need to have more financial support, to keep Medflight medical roll, in the air.

In 2013, Med-Flight was requested by Nottoway County 55 times, 51 for Mecklenburg, and 30 for Prince George compared to 18 times for Chesterfield, and three times for Henrico.

The Virginia State Police say if Chesterfield opts out of the program, they would be forced to seek an alternative medical service to provide flight nurses.

Both the Senate and House are trying to find ways to provide more funding to the program.