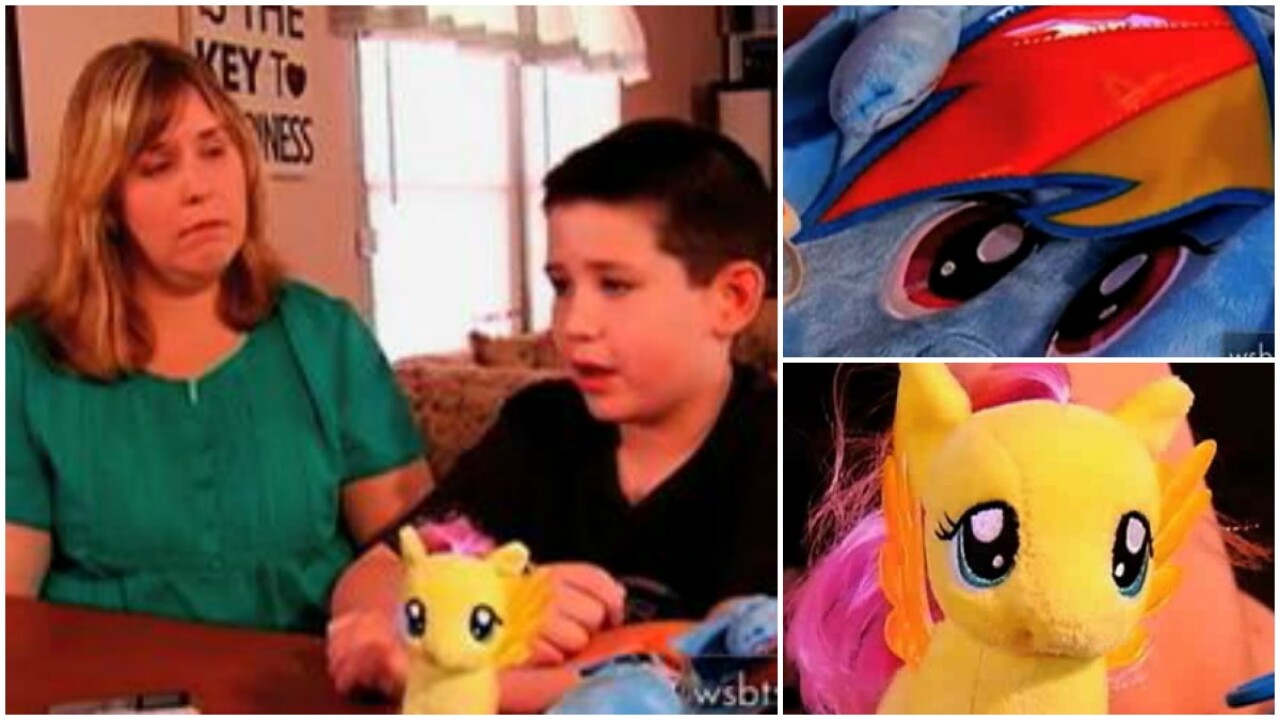 BUNCOMBE COUNTY, NC (WTVR) — A 9-year-old boy has been told by his school to leave his “My Little Pony” backpack at home because it’s reportedly a “trigger for bullying.”

According to Huffington Post, Grayson Bruce said other students picked on him and bullied him because the backpack was “girly.” His mother, Noreen Bruce, said her son was punched, pushed down and called names over the fuzzy blue pony bag with ears.

“They’re taking it a little too far with you know, punching me and pushing me down — calling me horrible names. Stuff that really shouldn’t happen,” Grayson  said.

Bruce said Buncombe County Schools officials told her son to leave the backpack at home to “immediately address a situation that had created a disruption in the classroom.”

Once news of Grayson’s tribulations spread online, thousands signed an online petition and took to a Facebook page to demand he be allowed to carry the bag.

As of 10:30 a.m. Monday, a Change.org petition asking that Grayson be allowed to bring the backpack back to school had over 3,000 signatures.

A Facebook page created in support of Grayson had nearly 14,000 “likes” Monday morning.

“We hope this page can offer support and shine light on a serious issue! Bullying needs to stop and we need to empower children to be who they are!” the page’s about message states.

Messages of support have been pouring in to the Facebook page.

“I’m sorry about what happened, but just keep your chin up, stay strong, and don’t let anybody change who you are,” Petty Officer Dorr with the United States Navy told Grayson in a video message.