Amputee: Robotic arm is like ‘playing instrument with another person’ 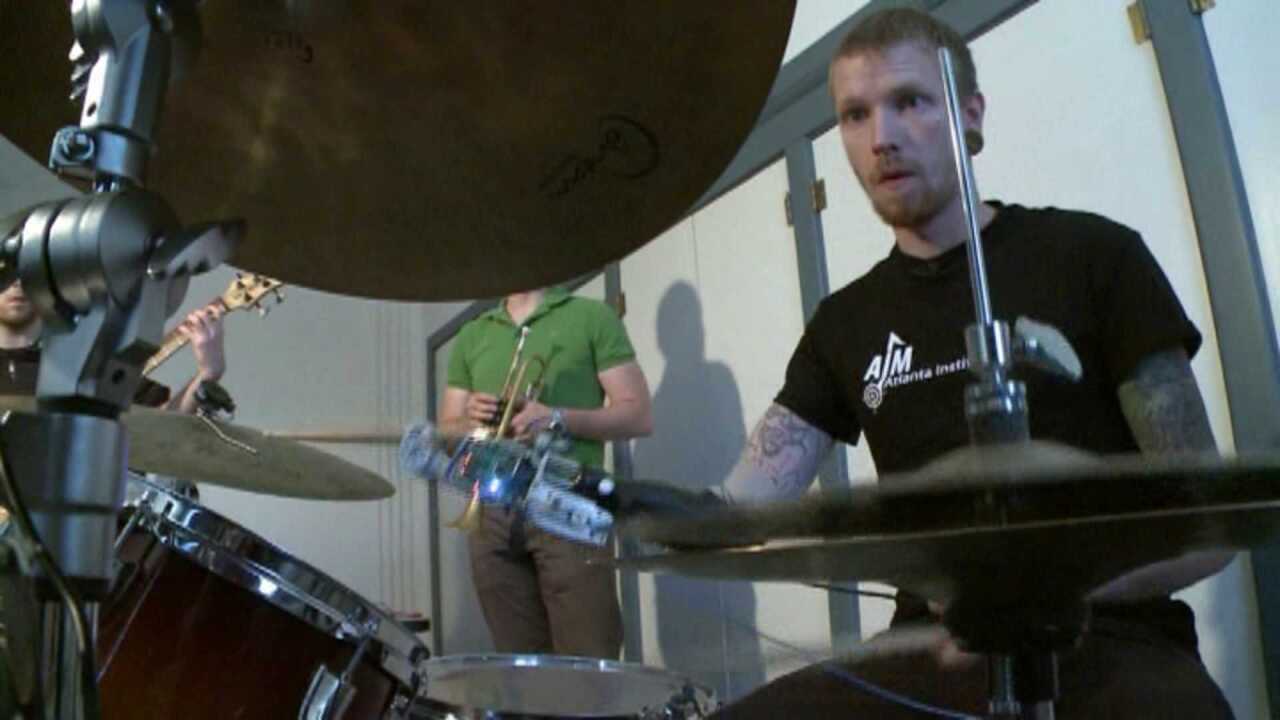 ATLANTA (WTVR) — A 24-year-old man may have thought his days behind the drums were over after he lost the lower part of his right arm in a terrible accident.

But some remarkable robotic technology is giving Jason Barnes a second chance to do what he loves.

Barnes received a special prosthetic arm from Georgia Tech researchers designed to work with his brain.

“It was pretty exciting to do. To have a stick with a mind of its own that can listen to Jason, improvise and surprise him,” Georgia Tech Center For Music Technology Director Gil Weinberg said.

The arm consists of two smaller arms. The first receives signals from Barnes’ bicep to replicate how his hand and wrist would react while the second reacts to the music.

Barnes said playing with the robotic arm is like adding another brain to the equation. — or playing an instrument with another person.

“It has potential to play things better than I normally would,” he said.

“I think it’s a pretty new area to create robotic musicians. Meaning these robots are first musicians and only then robots,” Weinberg said. “It can push music to new demands and maybe even lead to new music genres.”

Barnes will perform at a free concert featuring other robotic musical inventions at Kennesaw State University on March 22 at 8 p.m.

Additionally, ABC News reports that Barnes has been invited to tour with Rick Allen, the Def Leppard drummer who lost his arm in a car crash.