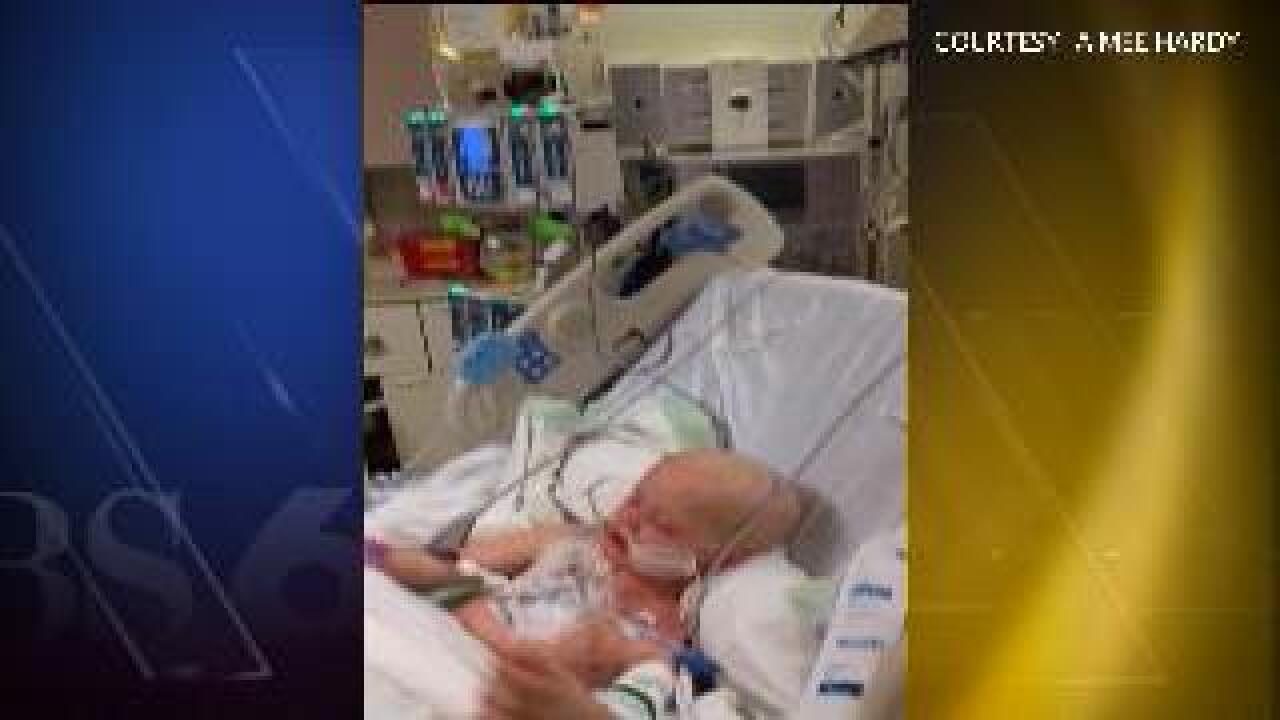 FREDERICKSBURG, Va. (WTVR)--Seven-year-old Josh Hardy has been cancer free for two years, but just shy of his eighth birthday, he's still fighting for his life.

He has already already beaten cancer four times, but it's something else compromising his life.

Now he has a rare virus that took advantage of his compromised immune system during a life-saving bone marrow transplant.

It’s another obstacle Josh's parents are afraid he might not be able to conquer.

He is in critical condition and his mother said that the “clock is ticking.”

Josh's doctors say there is only one drug that could rid his body of the virus.

But right now the company who makes it says they can't give it to him.

Mae Staton, Josh's grandmother calls him a "tough little boy,” after all he was just 9-months-old when "he was diagnosed with cancer tumors on his kidney's.

He defeated the cancer and battled it again three more times.

Most recently, his grandmother says, he went back in November for a checkup and they found “something irregular in his blood, and they did some tests  and determined he needed a bone marrow transplant."

But the fight since his January transplant has been tough.

And it was coming out of the coma in mid-January that his next fight began.

He contracted a virus; one that doctors say requires one particular drug called Brincidofovir (brenz-a-dof-a-veer).

"This virus has really done a number on his little body, he's bleeding internally and he's in a lot of pain,” Staton says.

Doctors at St. Jude’s tell his parents that he needs this drug that this Chimerex company has developed."

The company which makes the drug says it can't be released outside of controlled clinical trials.

They released a statement that reads:

"This is one of hundreds of requests that Chimerix has received for the compassionate use of Brincidofovir.  Providing Brincidofovir in any of these situations where there is currently limited evidence to suggest that Brincidofovir would be helpful, could very likely place the entire development program at risk."

The family, which has spoken with the company, continues to plead their case.

“Mr. Moch, have a heart, this child needs to live, release this drug, so that he can have a healthy, happy life."

Friends of the family are planning a protest outside the North Carolina based company on Thursday.

We will continue to provide updates as they develop.

To find out more about this story, please visit these links.