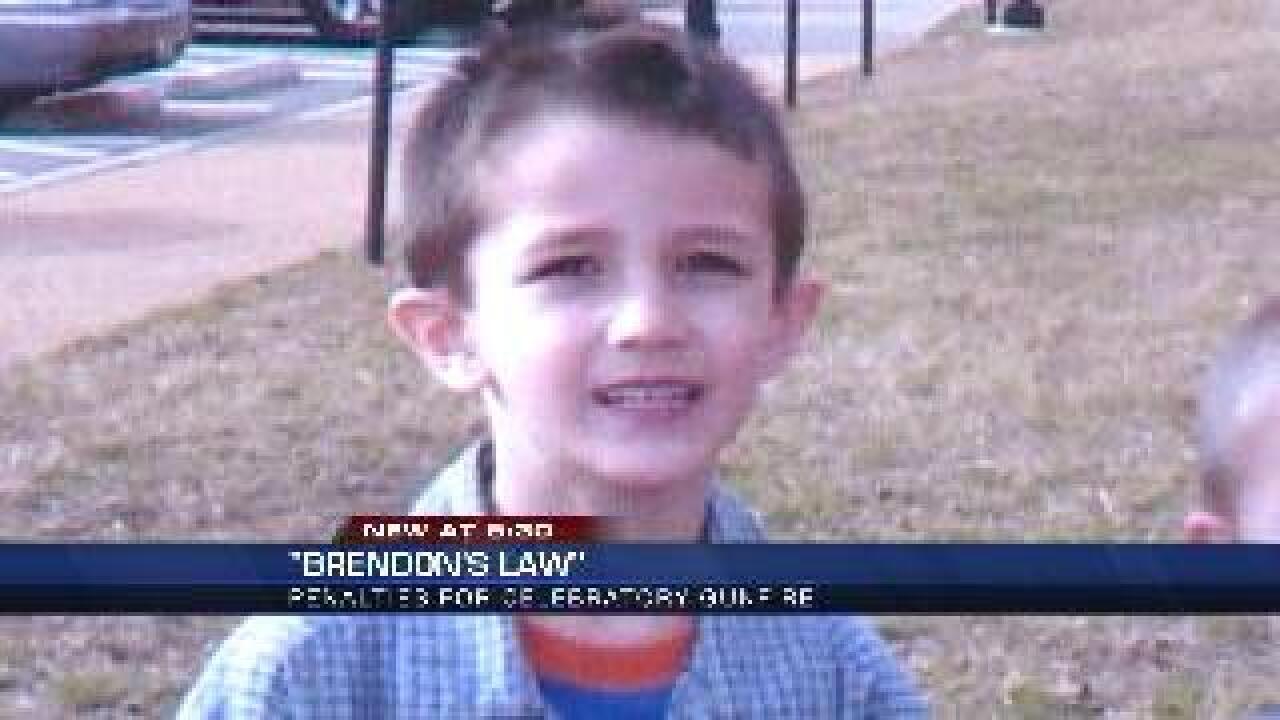 With bipartisan support in the General Assembly the legislation passed Wednesday will now impose harsher new penalties for anyone caught recklessly handling a firearm which seriously injures another person.

House Bill 810 will crack down on those people who fire weapons in the air during celebrations like New Year's Eve or Fourth of July. The bill was named after Brendon Mackey. He was the seven year old from Chesterfield who was killed at his father's side as they prepared to watch fireworks last summer.

Gena Reeder, Virginia Chapter Leader of Mom's Demand Action, applauded lawmakers on both sides of the aisle for what she calls common sense legislation.

Gena said the legislation on the books means a little boy will not have died in vain.

"If we go to a public space the last thing we need to worry about is a bullet falling out of the sky,” Reeder said. "It was a tragic story, but nothing is going to bring him back. But giving him the legacy was the right thing to do."

Gun rights advocates initially opposed the law but after the bill was rewritten to include malicious wounding by reckless gunfire their opposition eased. Philip Van Cleave with Virginia Citizen’s Defense League says more laws restricting legal gun owners is not the answer.

"We have laws against drunk driving and every year we have a lot of people put into graves because of drunk drivers,” Van Cleave said. “I think education is key here. Explaining to people that that is dangerous."

If you break Brendon’s Law you will face a Class Six felony, which carries up to five years in prison. Governor Terry McAuliffe is expected to soon sign the bill into law.