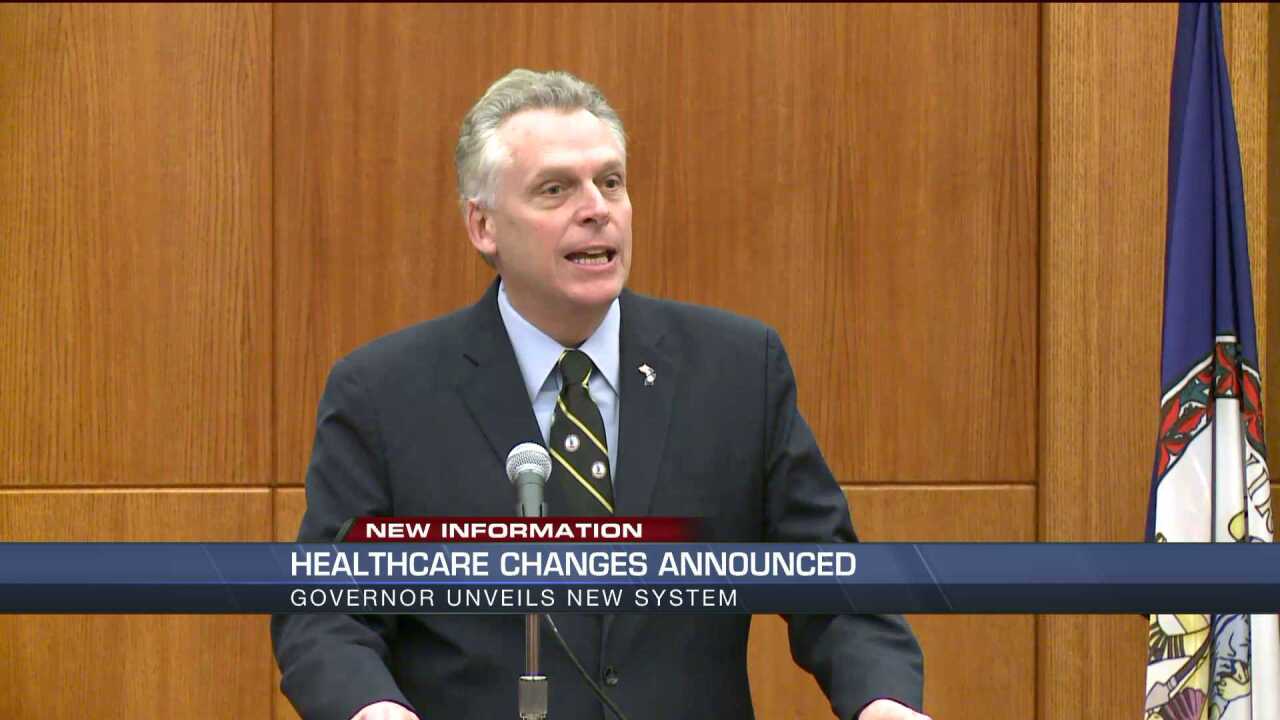 “Nationwide, individuals who are dually eligible for Medicare and Medicaid typically have the highest and most complex medical needs but are often underserved by the misaligned rules and financial incentives of the two separate programs," Gov. McAuliffe said in a statement. "CCC will blend all of the benefits currently provided under Medicare and Medicaid into one plan with a designated care manager who will ensure person-centered and efficient health care services are provided."

Virginians eligible for CCC include those who are "full Medicare and Medicaid beneficiaries (meaning entitled to benefits under Part A and enrolled under Medicare Parts B and D, and receiving full Medicaid benefits), are aged 21 or older, and live in designated regions around the Commonwealth," according to the Governor's Office.

“CCC will offer enrollees the opportunity to combine all of their existing Medicare and Medicaid benefits into one plan," Virginia Secretary of Health and Human Resources William A. Hazel, Jr., MD, said in a statement. "That one plan will go beyond the Medicaid and Medicare benefits and provide a care manager from the health plan who will complete a comprehensive evaluation to understand the enrollee’s situation and work directly with the enrollee to develop a plan of care that is tailored to their needs and preferences.”

If you are eligible for CCC, you should receive a letter in the coming weeks. That letter will explain how to enroll, provide comparison charts of the three health plans, and offer contact information on how to speak with someone who can answer your questions.