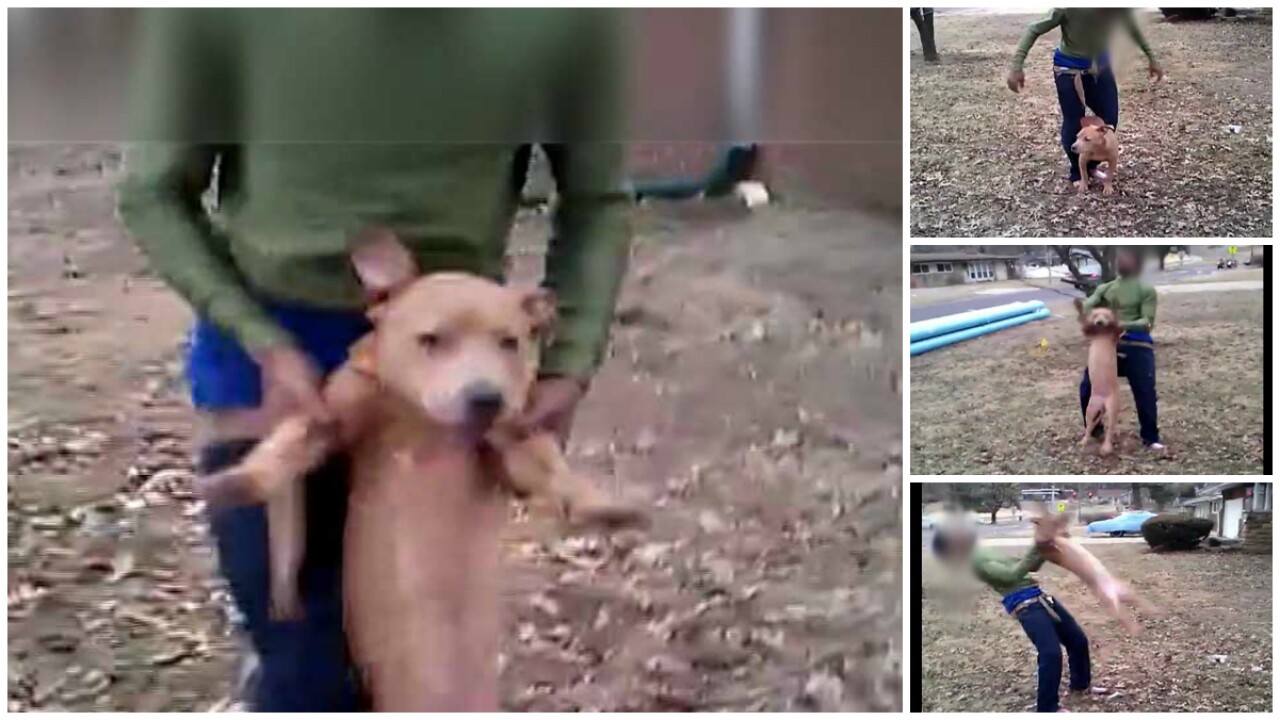 A person can be heard behind the camera laughing as a young man body slams the pet into the front yard. He then starts punching the animal, over and over.

Comments left on the page repeatedly ask, "What is wrong with you?" The video has been shared over 2,000 times on the social network. The FOX 2 newsroom is getting calls from across the United States asking about this Facebook post.

Fox 2 caught up with the mother of one of the teens who was headed to go see her son at a juvenile facility.

"Yea I'm shocked about what happened because you know I didn't think my son could do something like that, no way," she stated.

The teen seen in the video and the teen shooting it have both been charged with animal abuse. The case is now being handled by the St. Louis County Family Court.

The puppy involved in this incident has been seized by animal control, and will be carefully examined and treated for any injuries, police said. The dog will eventually be put up for adoption.

The St. Louis County Police have issued a statement saying it takes this case very seriously and has a zero-tolerance approach towards treatment of animals.