From Sochi with love: Olympians tap-up Tinder on Valentine’s Day 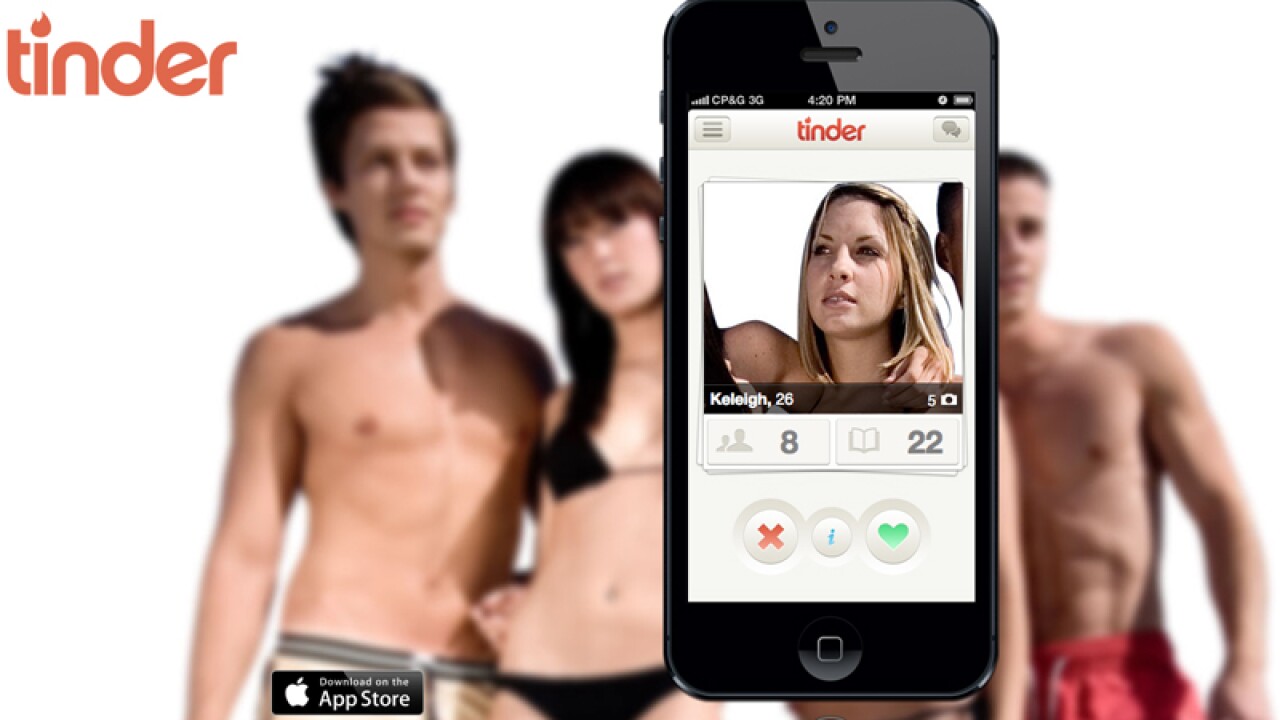 SOCHI, Russia — It’s Valentine’s Day, and the Olympic village is in the mood — at least that’s the story according to one champion athlete at this month’s Games.

Slopestyle gold medalist Jamie Anderson revealed she had to delete her account with online dating app Tinder before her snowboard event in order to focus on the Olympics.

“Tinder in the Olympic Village is next level,” the 23-year-old from South Lake Tahoe, California said in an interview with the magazine U.S. Weekly published Wednesday.

“There was a point where I had to be like OK, this is way too distracting. I deleted my account to focus on the Olympics.”

If two users select “like” for one another, the match is made known to both individuals and they can begin messaging.

With most athletes owning smartphones and being active on social media, it was perhaps inevitable that the increasingly popular Tinder would play Cupid at the Olympics.

In fact, the company has experienced a 400% day-over-day increase of new users in Sochi since the Games began last Friday, Tinder CEO and founder Sean Rad told the Wall Street Journal.

With almost 3,000 competitors staying in the Olympic Village alone, and that doesn’t include support staff, officials, media and fans who are all staying nearby.

This diverse mix of people from all corners of the globe, for what is essentially one big party over a three-week period, is perhaps why organizers have seen fit to supply roughly 100,000 condoms to the Olympic village.

“I haven’t seen it in action but I’ve definitely heard the athletes’ village is a melting pot of good-looking people at the top of their sport,” U.S. snowboarder Alex Diebold told reporters.

“They do provide free condoms, which I think is a really smart move on their part. I think you can get them at the medical office. We’re good-looking people all hanging out together and stuff like that is bound to happen,” he added.

Fellow American Jacqueline Hernandez said while she had been staying offline in the run-up to her snowboard cross event on Sunday, that was unlikely to remain the case for long.

“I haven’t gotten on Tinder since I got here. I think after our event when we move up to the mountain (athletes’ village) I will definitely try to Tinder it up,” the 21-year-old said.

But while some athletes have taken to modern technology in the search for that someone special in Sochi, others have kept it old-school.

The traditional definition of Valentine’s Day, after all, is for couples and singles to express their love — openly or anonymously — through cards, candy, flowers and gifts.

“If you have a girlfriend, you should tell her you love her every day,” said Austrian snowboarder Hanno Douschan.

“Maybe when I get back to the athletes’ village I will find a chocolate heart from the cleaning lady.”

U.S. figure skater Ashley Wagner went one step further and tweeted a Valentine’s card to herself, making light of her underwhelmed reaction to the judges’ scorecards after she performed in the team event last weekend — an image that went viral.

Others are so focused on the competition, however, that Valentine’s Day and the Tinder factor have barely registered.

Australia’s Tora Bright, who followed her 2010 halfpipe gold with silver in Sochi, had to be reminded it was February 14.

“Well I don’t have a Valentine, so I’m just going to forget about it.”

Swiss snowboarder Simona Meiler, meanwhile, was none too enamored with the focus on anything other than the sport.

“My plans for Valentine’s Day is to go to the press conference, rest and get ready for tomorrow,” the 24-year-old said.

“It’s a day of preparation like any other. I’ve got other things on my mind, it’s not my focus.”